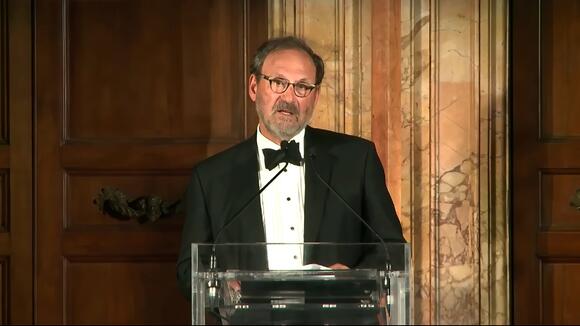 More than 60 progressive groups wrote to two top Senate Democrats on Tuesday urging them to investigate ethical concerns about Supreme Court Justice Samuel Alito following a recent report that he shared the outcome of a looming 2014 case involving the Hobby Lobby case with a conservative activist.

The letter, which was obtained first by The Hill, is led by groups like Demand Justice, Center for American Progress, End Citizens United and Citizens for Responsibility and Ethics in Washington (CREW).

Congress on track to blow past Dec. 16 funding deadline

“Justice Alito’s alleged leak of the outcome of the Burwell v. Hobby Lobby calls for a thorough investigation and, if true, constitutes a shocking betrayal of the Court’s confidences that deserves immediate accountability,” the letter states.

The New York Times earlier this month reported that Rev. Rob Schenck, who at the time led the group Faith and Action, said he learned of the outcome of the Hobby Lobby case weeks before it was made public. Alito wrote the majority opinion in that case, which ruled that some companies with religious objections were exempt from requirements that they offer contraceptives as part of health care plans.

The Times reported that Schenck said the information about the case came from a donor to his organization who had dined with Alito and his wife and was part of broader outreach efforts to the justices. Wright denied obtaining or sharing any information.

Schenck has told other media outlets that he was part of an effort to build relationships with conservative justices.

Durbin said in the wake of the New York Times report that his committee would review the matter, but Tuesday’s letter calls on him to launch a full investigation.

The progressive groups behind the letter raised concerns that if justices skirt accountability, they could be unduly influenced by similar pressure campaigns from activist organizations. Their concerns are amplified by the June ruling overturning Roe v. Wade, which came weeks after a draft of the majority opinion had leaked to the public.

“It is a disservice to the American people that the justices of our highest Court are not bound by a code of ethics, unlike every other federal judge in the country,” the letter states. “This lack of accountability undoubtedly contributes to the Supreme Court’s historically low approval ratings and to the American public’s declining faith in the institution.”

The letter called for testimony from Schenck as part of any investigation.

“If the Court refuses to do it themselves, then Congress must step in to quickly consider and pass meaningful legislation to bring accountability and transparency to a Court that has evaded it for far too long,” the letter states.

A Gallup poll released in late September found 47 percent of U.S. adults said they have a “great deal” or a “fair amount” of trust in the judicial branch, its lowest point ever recorded by the poll. The same poll found 42 percent of respondents said the Supreme Court is too conservative, the highest mark ever for the Gallup survey.

For the latest news, weather, sports, and streaming video, head to KGET 17.

A bipartisan group of senators on Wednesday slammed the “repeated failures” at the Food and Drug Administration (FDA) to regulate e-cigarettes and take action against companies illegally marketing products to minors. Led by Sen. Dick Durbin (D-Ill.), the lawmakers sent a letter to Health and Human Services Secretary Xavier Becerra urging him to “do everything […]
MARYLAND STATE・3 DAYS AGO
KGET

Sen. Josh Hawley (R-Mo.) is calling for the Senate Homeland Security Committee to investigate what he says is the Biden administration’s “baffling response” to a Chinese surveillance balloon that floated over U.S. missile installations in Montana, triggering alarms at the Pentagon.   “We have an obligation to obtain a full understanding of the surveillance that […]
MONTANA STATE・1 DAY AGO
KGET

Senate Democrats are giving marijuana banking legislation another look only weeks after it hit a wall with Republicans and was not attached to a year-end spending package. A handful of Senate Democrats met with Senate Majority Leader Charles Schumer (D-N.Y.) on Wednesday to “ponder the path” to passage this Congress, Sen. Jeff Merkley (D-Ore.) said, […]
ALASKA STATE・1 DAY AGO
KGET

‘Just give it a floor vote’: Lawmakers push for bipartisan gun bill

A bipartisan pair of lawmakers introduced legislation on Wednesday designed to keep firearms from the hands of violent people — a wildly popular idea that has virtually no chance of moving in the GOP-controlled House. Sponsored by Reps. Brian Fitzpatrick (R-Pa.) and Mike Thompson (D-Calif.), the bill would require background checks for essentially all gun […]
TEXAS STATE・3 DAYS AGO
KGET

Bicyclist hit by car, then stabbed to death by driver at California intersection

Investigators in California are still trying to determine why a driver struck a bicyclist with his car and then stabbed him to death in Orange County on Wednesday.
ORANGE COUNTY, CA・1 DAY AGO
KGET

Lawyers for Hunter Biden are requesting that federal and state investigators look into those who accessed and spread his personal data from his stolen laptop, including Rudy Giuliani and a number of allies of former President Trump, in a series of letters sent Wednesday, according to multiple reports. The letters to the attorney general of […]
DELAWARE STATE・3 DAYS AGO
KGET

BAKERSFIELD, Calif. (KGET) — Damacio Diaz found himself on the other side of the law when he was convicted and sentenced for his role in selling drugs stolen from a Bakersfield Police Department evidence room. “People discovered who I was, what my background was, and I was assaulted by numerous inmates,” Diaz told 17 News. […]
BAKERSFIELD, CA・2 DAYS AGO
KGET

Biden must address role of immigrants during State of the Union

President Biden must highlight the role of new Americans in the economy and push for comprehensive immigration reform in his State of the Union address Tuesday, advocates say.
TEXAS STATE・1 DAY AGO
KGET

BAKERSFIELD, Calif. (KGET) — The family of Jorge Ramirez Jr. — an off-the-books informant who was killed by police in 2013 — says their participation in “Killing County” was therapeutic and a way to finally process what happened 10 years ago. The Hulu series “Killing County” highlights Ramirez’s death at the Four Points Sheraton Hotel […]
KERN COUNTY, CA・2 DAYS AGO
KGET

Editor’s note: Virgin Islands Del. Stacey Plaskett is the top Democrat on a Judiciary subcommittee established by the GOP to examine the “weaponization” of the federal government. The information was incorrect in an earlier version of this story. The House Judiciary Committee fired off its first subpoenas under the leadership of Chair Jim Jordan (R-Ohio), […]
1 DAY AGO
KGET

Schumer mocks GOP: ‘Nobody is taking away your gas stove’

Senate Majority Leader Charles Schumer (D-N.Y.) is accusing Republicans of fueling a frenzy over unfounded rumors that the Biden administration is getting ready to ban popular gas stoves because they don’t want to explain what spending cuts they want in exchange for raising the debt limit.
1 DAY AGO
KGET

BAKERSFIELD, Calif. (KGET) — A Tulare County Sheriff revealed distressing details of how the Goshen victims were found dead in what was called a “methodical” and “merciless” shooting. “Eladio Parraz was killed first, he was shot in the torso and in the leg, Marcos Parraz we believe was shot second, he was shot in the […]
GOSHEN, CA・1 DAY AGO
KGET

LOS ANGELES (KSEE/KGPE) – A Fresno hairstylist and an actress have been charged in a 12-count indictment alleging they defrauded a physician out of more than $2.7 million before his death and then attempted to defraud his estate out of an additional amount exceeding $20 million, officials with the U.S. Department of Justice (DOJ) announced […]
FRESNO, CA・2 DAYS AGO
KGET

Senators on Wednesday started talking about what may be included in the massive farm bill, a package renewed every five years that funds farming, assistance programs and trade programs.
WASHINGTON STATE・3 DAYS AGO
KGET

CORRECTION: This article has been updated to reflect that multiple Democrats joined Republicans in voting for the resolution. The Republican-controlled House on Wednesday passed a resolution that would immediately end the COVID-19 national emergency first declared in March 2020, brushing aside the Biden administration’s announcement that the declaration would expire in May. The joint resolution […]
MAINE STATE・3 DAYS AGO
KGET

A stronger-than-expected jobs report has put the wind at President Biden’s back ahead of his State of the Union address next week, and it could provide additional momentum as he prepares a reelection announcement in the coming weeks. Biden on Friday hailed new data from the Labor Department that showed the economy added 517,000 jobs […]
1 DAY AGO