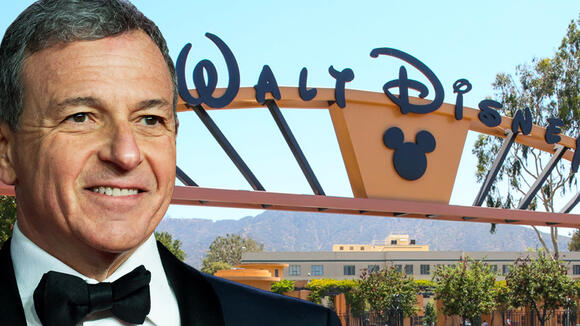 Disney said an upcoming restructuring under new/old CEO Bob Iger could result in impairment charges. It also noted that, as expected, it’s acquired the remaining 15% of streaming tech company BamTech it didn’t already own, paying $900 million. The news was tucked in a long year-end SEC filing today after a tumultuous ten days for the company.

“As contemplated by the leadership change announcement, we anticipate that within the coming months Mr. Iger will initiate organizational and operating changes within the Company to address the Board’s goals. While the plans are in early stages, changes in our structure and operations, including within DMED (and including possibly our distribution approach and the businesses/distribution platforms selected for the initial distribution of content), can be expected,” the 10K filing said. “The restructuring and change in business strategy, once determined, could result in impairment charges.”

Bamtech, now called Disney Streaming, was previously owned 85% by Disney and 15% by MLB. Disney had the right to buy in the rest of it by a 2023 deadline — five years after it acquired its original stake.

The lengthy filing that recapped the past year’s financials — Disney’s fiscal year ends Sept. 30 — didn’t have much else about the new regime beyond what’s been reported. The company’s board announced a week ago Sunday that Chapek was out and Iger was back effective immediately . Iger addressed Disney’s staff a town hall yesterday.

“As previously announced, on November 20, 2022, Robert A. Iger returned to the Company as Chief Executive Officer (“CEO”) and a director. Mr. Iger previously spent more than four decades at the Company, including 15 years as CEO. In announcing Mr. Iger’s appointment, the Company noted he has agreed to serve as CEO for two years, with a mandate from the Company’s Board of Directors “to set the strategic direction for renewed growth and to work closely with the Board in developing a successor to lead the Company at the completion of his term.” Mr. Iger succeeded Robert A. Chapek, who had served as CEO since 2020.”

One of the first targets in Iger’s sights is DMED, the Disney Media and Entertainment Distribution division, a new group created by Chapek and run by his also ousted protege, Kareem Daniel. The distribution hub, that controlled P&Ls and decision-making for all divisions, frustrated many veteran execs as well as notable members of the creative community.

How ironic is it now that Walt Disney Company will now pay for employees’ cost of abortions. Anyone want to buy stock in a pro child killing company? 🤔🤔🤔🤔

Disney has finally unveiled the date for its annual meeting of shareholders, a virtual event to be held at 10 a.m. PT on Monday, April 3. It’s been a hotly awaited bit of information amid a flurry of SEC filings as activist investor Nelson Peltz of Trian Group is looking for a seat on the board in opposition to the company’s own slate. Related Story Disney Proxy Battle: Who Is Nelson Peltz And Why Does He Want To Be Let Into The Magic Kingdom? Related Story Florida Lawmakers Unveil Plan For State Control Of Walt Disney World Special District Related Story Disney Says Nelson Peltz...
TEXAS STATE・9 HOURS AGO
Deadline

The BBC has been forced to apologize after an image of Viola Davis from January’s Golden Globes was shown on its news channel with a headline identifying the Oscar winner as history-maker Beyoncé. BBC News’ rolling coverage of the Grammys included a few seconds period when the image of Davis was matched with the caption “Beyoncé’s Big Night,” before the segment moved on to the next image. BBC News has in the past hour apologized via a Twitter statement and said the error “fell below the BBC’s usual standards.” “We apologise for the mistake last night when our news channels briefly showed a...
TEXAS STATE・19 HOURS AGO
Deadline

Viola Davis has joined the coveted circle of those who have won an Emmy, Oscar, Tony and Grammy, picking up the “G” in the “EGOT” title today as part of the pre-telecast for the 65th annual Grammy Awards. Davis earned the Grammy for her audiobook memoir, Finding Me. “It has just been such a journey,” Davis said while accepting the award. “I just EGOT!” Only 18 people have achieved the status, and Davis is the fourth Black person alongside Whoopi Goldberg, John Legend, and Jennifer Hudson to win all four.  Davis already has an Oscar, two Tony’s and an Emmy. “I wrote this...
TEXAS STATE・1 DAY AGO
Eden Reports

In 2023, it is anticipated that the availability of beef will decrease, leading Americans to seek alternative sources of protein and dietary staples. The USDA projects that the average American will consume 5.6% less beef in 2023, marking the largest decrease in consumption in almost four decades, as reported by Beef Magazine.
1 DAY AGO
Deadline

Elon Musk continues to look for ways to make Twitter profitable and make back his investment. The new strategy takes aim at businesses and their brands on the social media platform. Well-known brands received a golden checkmark to distinguish them from the blue checkmarks, which now means they are subscribers of Twitter Blue. The gold checkmark meant that Twitter “verified” the business as legitimate. However, with the change, if brands want to keep their golden checkmark they will have to pay $1,000 a month, according to a report from The Information. Social media expert Matt Navarra shared a screenshot of an alleged e-mail...
TEXAS STATE・2 DAYS AGO
Deadline

Kim Petras marked her win for Best Pop Duo/Group Performance with Sam Smith by reminding folks how she trailblazed her way to the Grammy stage. “Sam graciously wanted me to accept this award because I’m the first transgender woman to win this award,” she announced from stage to huge applause. Related Story Grammy Awards Winners List – Updating Live Related Story Trevor Noah Opens Grammys With A Dig At Los Angeles; Introduces The Rock To Big Fan Adele Related Story Viola Davis Now An 'EGOT' After Grammy Win Smith then encouraged folks to keep standing up for his partner on “Unholy.” This is Smith’s first Grammy win...
1 DAY AGO
Deadline

EXCLUSIVE: Yellowstone, TV’s top-rated drama, may end in spectacular fashion.  Deadline understands that Taylor Sheridan, co-creator and showrunner, Paramount Global and Paramount Network are moving to end their signature show in its current form. But they are plotting a potential franchise extension to continue the Dutton saga, a new show with Matthew McConaughey in talks to star.  It is unclear which of the Yellowstone cast will move over to the McConaughey-led series, but it is expected to include several of the big stars.   “We have no news to report. Kevin Costner is a big part of Yellowstone and we hope that’s the case for...
TEXAS STATE・13 HOURS AGO
Deadline

Sarah Michelle Gellar is talking about how Dolly Parton was a producer on Buffy the Vampire Slayer. During a visit to The Tonight Show starring Jimmy Fallon, Gellar was asked about Parton being an uncredited producer on the show she starred in for seven seasons. “Yes, little known fact, the legend Dolly Parton was a producer,” she said on the NBC late-night show. “We never saw her [but] we’d get Christmas gifts in the beginning that would have our name, and I would think, ‘She doesn’t even know who I am.’ And then one day, someone asked her about it, and she...
TEXAS STATE・2 DAYS AGO
Deadline

The Motion Picture Association is upgrading a platform and services that assess content security safeguards of producers and their suppliers. The Trusted Partner Network, in which members’ content security is measured against a set of best practices, will now include software and cloud security assessments, adding to those of physical locations and home workplaces. The intent of the Trusted Partner Network, being relaunched as the TPN+ platform, is to have a set of standards for vendors as a way to prevent instances like the pre-release leaks of footage from major blockbusters. The new platform is designed to help members manage and communicate...
TEXAS STATE・19 HOURS AGO
Deadline

Beyoncé has broken the career Grammy Awards record and is now the most-awarded artist of all time. Going into the live telecast of the Grammys, Beyoncé only needed two more wins to top the late composer Georg Solti’s record of 31 wins. During the CBS broadcast, Beyoncé tied the record after she took a win for “Cuff It” for Best R&B Song and broke it with a win for Best Dance/Electronic Music Album. Related Story Grammy Awards Winners List – Updating Live Related Story Trevor Noah Opens Grammys With A Dig At Los Angeles; Introduces The Rock To Big Fan Adele Related Story Viola Davis Now An...
TEXAS STATE・1 DAY AGO
Deadline

Julianne Moore’s new role sees her touting a gun on screen, for the first time in 15 years. The Oscar winner takes the role of Madeline in Sharper, a movie she also co-produced. She co-stars with Sebastian Stan and John Lithgow in the thriller, which premieres in selected cinemas on February 10, before launching on Apple TV+ a week later. It will be novel to see Moore using a weapon, as she has avoided taking such roles for over a decade – in line with her activism for gun control in the US. Her last known role with a firearm was in 2007,...
TEXAS STATE・1 DAY AGO
Deadline

France’s Mediawan Group and private equity firm Entourage Ventures have struck a co-development agreement underpinned by a €100M ($107M) fund. The pair will work together over a four- to six-year period to finance series “with strong international potential.” Underpinning the operation will be €100M Entourage Fund.  Mediawan is coming off the back of its attention-grabbing deal for Brad Pitt’s Plan B Entertainment, while Entourage Ventures is a film and TV financier that has invested more than €50M ($54M) on 40 French films. It first pushed into TV series in 2020 through an agreement with producer Media Muskateers. Entourage will work with Mediawan Rights, the...
TEXAS STATE・22 HOURS AGO