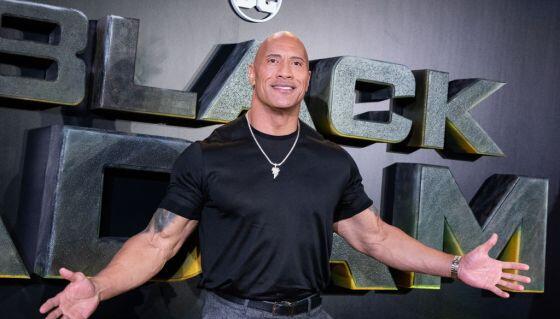 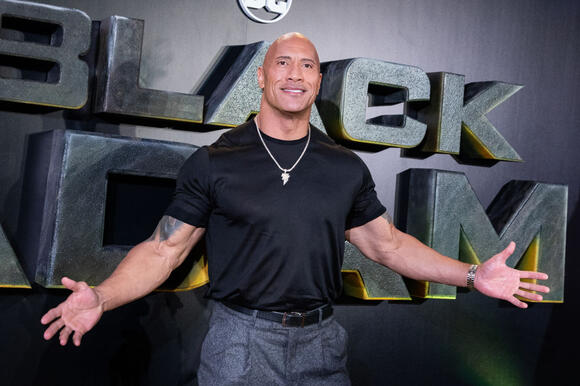 We’ve all done things as kids that we’re probably not proud of, but how many of us actually go back and try and write that childish wrong? Well that is exactly what Hollywood superstar Dwayne Johnson recently accomplished.

Returning to his hometown in Hawaii, ‘The Rock’ took to social media too clear up his decades old guilty conscience.

He shared, “We were evicted from Hawaii in ’87, and after all these years ― I finally got back home to right this wrong, I finally exorcised this damn chocolate demon that’s been gnawing at me for decades.”

He said that when he was 14, he would steal king-size Snickers bars from the local 7-Eleven, and after all these years wants to write that wrong!

In a video he shared to his socials, he bought EVERY Snickers bar in the shop and paid for the purchases for all of the customers in the store too.

He continued, “We can’t change the past and some of the dumb stuff we may have done, but every once in a while we can add a little redeeming grace note to that situation — and maybe put a big smile on some stranger’s faces.”

This isn’t the only thing he’s currently thankful for, as he took to Twitter over the weekend to share another video.

As Black Adam completes its theatrical run and dominates the digital charts, Dwayne Johnson is celebrating yet another victory. According to the video posted, Black Adam topped the iTunes charts over the long holiday weekend, and the movie is still doing well at the box office. The DC Comics film has currently made $378 million worldwide.

We won’t ask about if you’ve ever stolen anything as a child to avoid self incrimination, but we do want to shoutout Dwayne ‘The Rock’ Johnson for setting an example of how to write wrongs even after all those years, even if it is just for some Snickers!

Amy Robach turned 50 years old without her costar-turned-lover T.J. Holmes by her side after losing their Good Morning America jobs over their torrid affair, RadarOnline.com has learned.The unemployed television personality celebrated her birthday on Monday with her daughter, Ava, 20, but her boyfriend was nowhere in sight for the low-key dinner. Ava shared a glimpse of her mother's small bash, showing Robach blowing out a single candle in a dimly lit restaurant. The birthday girl rang in the big 5-0 wearing a striped sweater and pulling her blonde locks back in a sleek ponytail. Sharing a quick clip to...
17 HOURS AGO
The US Sun

AMERICA'S Got Talent magician Scott Alexander has died after suffering a stroke while working on a cruise ship. Scott's wife Jenny, who appeared on the reality TV show as his assistant, took to Instagram on Monday and informed fans about her husband's sudden death at the age of 52. Alongside...
PENNSYLVANIA STATE・21 HOURS AGO
musictimes.com

Madonna graced the 2023 Grammy Awards stage on Sunday to present another singer's performance. However, she quickly shared a speech to the crowd and those watching from home. The "Material Girl" singer told everybody, "I'm here to give thanks to all the rebels out there, forging a new path and taking the heat for all of it."
1 DAY AGO
thesource.com

Despite what Offset says, it appears something did happen backstage between him and Quavo. A new video from Entertainment Tonight captured Cardi B yelling at two unidentified people. “Both of y’all wrong! Both of y’all! This is not right!” Cardi said. “No b*tch, shut the f*ck up ’cause you shouldn’t...
22 HOURS AGO
msn.com

Marine Sgt. Nick Walsh was so in love with his 1991 Ford Bronco that he vowed to pass it down to his own son one day. But those dreams were seemingly shattered. In 2007, Sgt. Walsh was on deployment in Iraq when he was killed by sniper fire. He was only 26. His son, Triston, was just 4 years old at the time.
2 DAYS AGO
Majic 94.5

Tony Hawk will donate half of the proceeds of autographed photos to the Tyre Nichols fund for a skatepark. The post Legendary Skater Tony Hawk To Help Fund Skatepark In Honor Of Tyre Nichols appeared first on NewsOne.
MEMPHIS, TX・1 DAY AGO
Majic 94.5

The people gave some rather hilarious answers to some of D.L.'s questions and some you have to see and hear to believe.
LOS ANGELES, CA・6 DAYS AGO