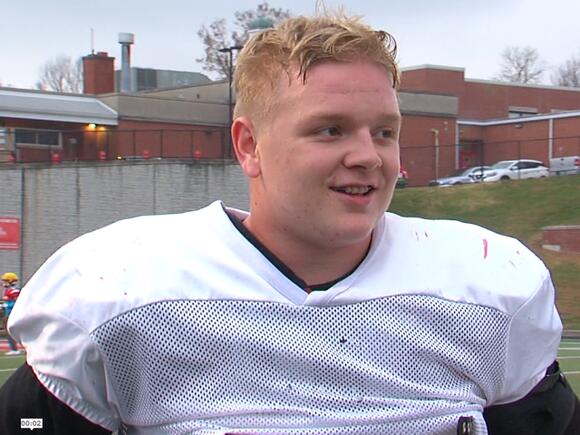 Beechwood High School senior linebacker/fullback Landon Johnson remembers what it was like inside the Tigers' home locker room the night of Oct. 14.

That was the night that senior running back Mitchell Berger suffered a season-ending injury in the Tigers' 34-7 win over visiting Lloyd.

"In the moment, we were not very sure what was going on," Johnson said. "We knew something was wrong, but we got in the locker room after the game and he said, 'Next man up.'"

The Tigers (13-1) have embraced that mentality in the second half of the season as they prepare to play Mayfield (14-0) in the Class 2A state final at 4 p.m. Friday in Lexington.

Beechwood is trying for a third consecutive state title and the 17th overall in program history.

"It's been a lot of hard work and a lot of facing adversity but we overcame a lot of it and now we are on to our final goal," senior middle linebacker Austin Waddell said. "So one last hope, one last game."

Berger, who rushed for 1,119 yards and 21 touchdowns in just eight games, has still provided inspiration for the Tigers.

"He's done a lot," Johnson said. "He's been out here almost every day. He does therapy but every day he's out here coaching us up. He's a hell of a ballplayer so he's out here every day with us. Everything he knows he's brought in our minds and helped us all."

"Losing Mitchell obviously was a big hit for us," Rash said. "The kids have elevated their game. They've come together. I think it begins with that senior class. I don't know if they've had any meetings personally or not but they've made the message clear that we've all got to play a little better, we've all got to do a little better job whatever that is - whether it's yelling run, pass, ball on the sideline on Friday night or it's playing every down."

Beechwood responded in a significant way during the second half of this season. The Tigers have five shutouts overall. They have outscored opponents 214-26 in the playoffs.

This past Friday, Rash said the Tigers probably played one of their best games this season - in a 48-0 win over visiting Lloyd in a state semifinal.

"That's a great sign to see but we've got another Friday afternoon coming at us," said Rash. "We got to be ready."

WEST LAFAYETTE, Ind. — Tom Izzo will see Zach Edey posting up in his nightmares for quite a while. Purdue’s star big man and national player of the year candidate dominated Michigan State basketball for the second time in less than two weeks Sunday. Edey finished with another career high with 38 points as the top-ranked Boilermakers cruised to a 77-61 victory over the Spartans at Mackey Arena. ...
WEST LAFAYETTE, IN・9 MINUTES AGO
WCPO 9 Cincinnati

Jacob Arnold, 18, was diagnosed with Prader-Willi syndrome. An avid sports fan, he grew up with a love for the game, but his path to playing wasn't always certain.
HIGHLAND HEIGHTS, KY・1 DAY AGO