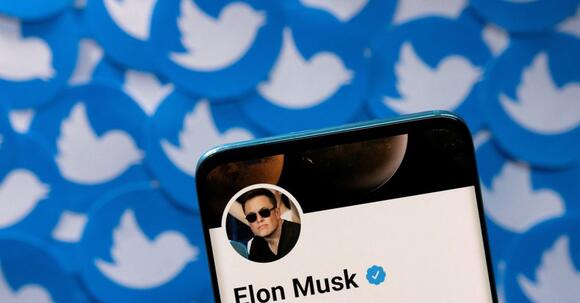 Nov 29 (Reuters) - Twitter Inc's Blue verified service is scheduled to roll out on Friday, but only on Apple's iOS (AAPL.O) mobile software, the Information reported on Tuesday, citing a person briefed on the plans.

As Twitter plans to launch the subscription offering via an update to Twitter's iOS app, it needs Apple's approval as part of the standard app review process, the report said, adding that the company would update its Android app later.

This comes a day after new owner Elon Musk accused Apple of threatening to block the Twitter from its app store without saying why in a series of tweets that also said the iPhone maker had stopped advertising on the social media platform. read more

STOCKHOLM, Jan 31 (Reuters) - Shipments of personal computers and mobile phones are expected to fall for the second straight year in 2023, with phone shipments slumping to a decade low, IT research firm Gartner said on Tuesday.
1 HOUR AGO