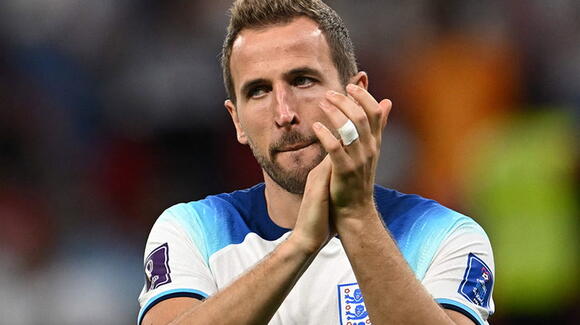 French referee Stephanie Frappart will make World Cup history as part of an all-female officiating team when she takes charge of Germany’s match against Costa Rica on Thursday.

Frappart will become the first female official to referee a men’s World Cup match, while  Brazilian Neuza Back and Mexican Karen Diaz will be the assistant referees for the Group E match.

Frappart, the fourth official for the Poland-Mexico clash in Group C last week, will be the main referee as she reaches another milestone in the sport.

The 38-year-old became the first female to officiate at a men’s World Cup qualifier in March and Champions League match in 2020.

She has also taken charge of the 2019 Uefa Super Cup final between Liverpool and Chelsea, as well as the Coupe de France final in May this year.

Frappart has also taken charge of several high-profile matches in women’s football and refereed the 2019 World Cup final between the USA and the Netherlands.

Female officials are at a men’s World Cup for the first time in Qatar. As well as Frappart, Back and Daiz, Salima Mukansanga of Rwanda and Yamashita Yoshimi of Japan are also taking part at the tournament.

Manchester United have agreed a deal to sign Bayern Munich midfielder Marcel Sabitzer on loan until the end of the season.The Austria international was seen arriving at Munich airport on Monday evening and is set to fly to Manchester ahead of the deadline day move.The Independent understands United will have the option to sign Sabitzer on a permanent transfer following his loan spell.United acted swiftly to add to their midfield options after Christian Eriksen was ruled out for three months with an ankle injury, with Bayern open to the deal.Sabitzer, 28, has seen his game time limited since joining...
3 HOURS AGO
The Independent

Alessia Russo has remained a Manchester United player after Women’s Super League rivals Arsenal tried to sign the England striker before the transfer deadline.The Gunners had been looking to bolster their attack and launched a big-money bid for Russo a few days ago.That bid was rejected by United, as was a follow-up world record offer – reported to be just under £500,000 – and Russo was still a United player when the transfer window closed at 5pm on Tuesday.That deal would have surpassed the £350,000-£400,000 initially thought to have been paid by Barcelona to sign England team-mate Keira Walsh from...
2 HOURS AGO
The Independent

Olly Stone believes his involvement in a three-prong extreme pace attack for England alongside Jofra Archer and Mark Wood could spell trouble for Australia this summer.Multiple injury issues over the years mean the trio have never been in the same England XI but there is a legitimate hope they all could be fit and ready for the Ashes series.The attraction in bringing them together is obvious given they can all generate speeds in excess of 90mph and Stone, who wants to make his Test comeback in New Zealand, is excited by the prospect.“Hopefully we can have all three of us...
3 HOURS AGO
The Independent

Kenny Shiels has left his role as manager of Northern Ireland Women.Having taken up the position in 2019, Shiels led Northern Ireland to a first ever major tournament in Euro 2022.They were underdogs going into the competition and finished bottom of England’s group, scoring just one goal and losing all of their matches.Shiels said: “I have enjoyed my time as senior women’s manager immensely.“I have worked hard with the players to raise their expectations and change their style of play so that we were a team to be reckoned with.“This success has generated record attendance figures at senior women’s games...
3 HOURS AGO
The Independent

Six Nations: Wales will ‘relish’ being underdogs in opener against Ireland, Gatland says

Warren Gatland believes Wales will relish being underdogs for Saturday’s Six Nations opener against Ireland.The Principality Stadium encounter kicks off Gatland’s second stint as Wales head coach, with his previous reign between 2008 and 2019 yielding four Six Nations titles, three Grand Slams and two World Cup semi-finals.“I think all the Welsh like to be underdogs don’t they?” he said, previewing the match.“We realise what a challenge it’s going to be, they’ve got the continuity of being unbeaten in the Autumn, the confidence that will bring.”Click here to sign up for our newsletters. Read More Six Nations: England rugby team train ahead of Scotland Six Nations openerPremier League: Weston McKennie ‘super excited’ to join Leeds on loanSuper Bowl 2023: Here’s everything you need to know about the game
3 HOURS AGO
The Independent

The ATP will take no action against Alexander Zverev after a 15-month investigation into allegations of domestic abuse found “insufficient evidence”.The 25-year-old German, currently ranked 14 in the world, was accused of domestic abuse by his former girlfriend, Olya Sharypova, in 2020.An independent investigation began in October 2021 which focused on alleged abuse at the ATP Masters 1000 event in Shanghai in 2019, as well as other locations including Monaco, New York and Geneva.However, it was unable to substantiate the allegations and as a result no disciplinary action will be taken by the ATP, the governing body announced on Tuesday.ATP...
3 HOURS AGO
The Independent

Chelsea’s bid to sign Enzo Fernandez for a British record fee was set to enter the final hours of the transfer window on Tuesday.The proposed deal would make the Argentina World Cup winner the Premier League’s most expensive player, with Chelsea set to pay the reported 120 million euros (£105.6m) release clause to land the 22-year-old Benfica midfielder.The previous British transfer record was set by Manchester City following the signing of Jack Grealish from Aston Villa for £100m in August 2021.Reports have suggested that Chelsea club officials are in Lisbon to complete the deal, with Fernandez, who was left out...
3 HOURS AGO
The Independent

Olympic gold medalist Wladimir Klitschko has joined Ukraine’s fight against IOC plans to let some Russians compete at the 2024 Paris Summer Games.The former heavyweight champion suggested in a video message published Monday that sports leaders will be accomplices to the war if athletes from Russia and its military ally Belarus can compete at the next Olympics.The International Olympic Committee set out its preferred path last week for Russians and Belarusians who have not openly supported the war to qualify for Paris and compete in 18 months’ time as neutral athletes with no flag or anthem. Qualifying events would...
3 HOURS AGO
The Independent

Rory McIlroy described his final round at the Dubai Desert Classic as one of his “toughest days” after holding off Patrick Reed to claim victory.McIlroy and Reed had clashed throughout the weekend in the United Arab Emirates as tensions continued to flare between PGA Tour players and those that have joined the breakaway LIV Golf series.Reed responded to being snubbed by McIlroy by flicking a tee at the Northern Irishman and later described the four-time major champion’s behaviour as being akin to that of “an immature little child”.On the course, however, each player was in good touch, with...
1 DAY AGO
The Independent

Ukraine is hoping that the war will be over in May so citizens can travel to see the Eurovision Song Contest, a manager at the country’s public broadcaster said.The Public Broadcasting Company of Ukraine (UA:PBC) is also advising the BBC and Liverpool on how to create the right “vibe” for the international music event when the UK city plays host in May.Oksana Skybinska, an activity manager from the international co-operation department at the UA:PBC, told the PA news agency on Tuesday that she “really hopes” no other country is put in a similar situation due to an invasion.When asked if...
2 HOURS AGO