Lawsuit settlement funds obtained by the state go to many places, purposes 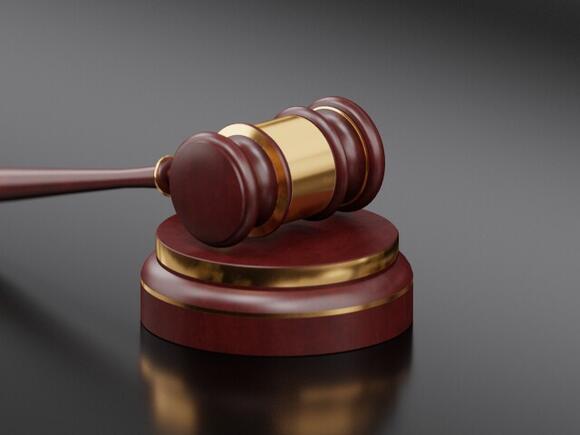 LINCOLN — The State of Nebraska recently raked in more than $20 million as part of settlements of multi-state consumer lawsuits against corporate giants Google and Walmart.

The state will receive nearly $12 million from Google as part of a $391.5 million out-of-court settlement over misleading tracking of users’ locations.

Another $11 million is on its way from Walmart, which agreed to pay $3 billion to several states to resolve allegations that the company failed to properly monitor the dispersing of highly addictive opioids.

But where does such “settlement” money go? Who decides how it’s spent? And why aren’t checks just sent to us, the customers of Google and Walmart?

The answer to the first question is: The money goes a lot of places.

The answer to the second: In some cases, it’s state lawmakers who decide; in others, it’s the Nebraska attorney general, and in others, advisory committees.

The answer to the final question is, basically, it would be too complicated.

Trying to sort out which customers of Walmart and Google should get checks, how much they should get and getting those checks to them, would be an “administrative nightmare,” said former Nebraska Attorney General Jon Bruning.

“It’s much easier to send a block of money to the state and let it figure out how it should be used,” said Bruning, now in private practice.

Plus, he said, dividing a settlement between thousands and perhaps hundreds of thousands of Nebraska would leave some pretty tiny checks, per consumer.

A spokeswoman for the Nebraska Attorney General’s Office, which handles such consumer protection and anti-trust lawsuits for the state, said the settlement agreements, as well as state law, often dictate where the money should go and exactly how it should be used.

For instance, settlement funds from the giant “Master Settlement Agreement” with tobacco companies in 1998 was to be used to reduce smoking and the hazards it causes.

A $4.25 billion nationwide settlement with opioid maker Teva Pharmaceuticals this summer included an agreement to provide more than a billion dollars’ worth of the company’s generic naloxone product, which is used to counteract overdoses.

The Walmart settlement directed the funds to Nebraska’s Opioid Recovery Fund, which is used to combat opioid addiction and is overseen by an advisory committee of law enforcement, county and drug treatment officials.

The Attorney General’s Office, according to spokeswoman Suzanne Gage, files consumer protection and anti-trust lawsuits on behalf of the citizens of the state to protect their interests. Often, those lawsuits are filed along with other states’ attorneys general.

According to Bruning, current Attorney General Doug Peterson has been particularly effective at multi-state litigation and has earned a national reputation for it.

The success is reflected, in part, in the growth of the settlement cash fund that is controlled by the Attorney General’s Office. It had a balance of $17.4 million as of June 2020 and brought in about $28 million over the past decade, according to a recent legislative hearing.

The office must request authorization from the Legislature to spend money from the settlement fund and has been seeking about $1.8 million a year.

The money is mainly used to finance salaries of attorneys who work on the lawsuits, pay two communications officers in the Attorney General’s Office and do consumer education and research. The office’s consumer protection bureau includes a hotline that fields about 9,000 calls a year.

Bill would have capped fund

Two legislative sessions ago, State Sen. John Stinner of Gering, who chairs the Legislature’s Budget Committee, introduced a bill to cap the amount in the AG’s settlement fund at $5 million. He noted that, at the time, the fund held more than $14 million, which was well above the AG’s office request of $1.7 million that year.

State legislators, Stinner said, should be given the excess $9 million to use for the rest of the state budget, which could slightly reduce the need for state taxes.

But the Attorney General’s Office opposed the idea, and the bill died.

Josh Shasserre, an assistant attorney general, testified against the proposal. He said the influx of funds into the settlement fund has been good in recent years, but it varies widely — it was $5.7 million in fiscal year 2020-21 but has been less than $50,000 in some past years.

If there was a cap, and a couple of sub-par years, he said it’s possible the AG’s office might have to ask for more general tax funds to cover expenses.

It was also noted at the public hearing on the proposal that the Legislature can “sweep out” money from these settlement cash funds when budgets are tight, and it has done so several times to balance the state budget and avoid tax increases.

The largest settlement cash fund that Nebraska has is the tobacco settlement fund, which now shows a balance of nearly $496 million.

Each year, between $50 million and $60 million is withdrawn from that account into the state’s Health Care Cash Fund, which funds a variety of programs. Just recently, up to $15 million was earmarked from the fund for pancreatic cancer research (dependent on matching private dollars).

There’s also a Volkswagen Settlement Cash Fund, administered by the Nebraska Department of Environment and Energy, that received $4.2 million from the car company’s settlement of lawsuits in 2018 over its manipulation of vehicle emission tests and deception of customers.

In 2020, the State Legislature created the Nebraska Opioid Recovery Fund to handle and distribute settlement funds awarded as part of a legal crusade related to the opioid crisis.

Walmart’s contribution was just the latest in the series of opioid settlements for Nebraska that included:Pharmaceutical company Johnson & Johnson, which agreed to pay out up to $19.9 million over nine years.Distributors AmerisourceBerge, Cardinal Health and McKesson, which will pay as much as $81 million over 18 years.Consultants McKinsey & Company, $2.6 million over the next five years.Retailers such as Walmart. Negotiations are also underway with pharmacy chains Walgreens and CVS.

Under the settlements with the distributors and pharmacies, 70% of the funds are to be used for opioid abuse abatement, with the remaining 30% split evenly between the state and qualifying cities and counties.

By state law, that 15% cut for the state also goes into the Opioid Recovery Fund, which is administered by the State Department of Health and Human Services.

Those funds must be used for opioid disorder-related treatment and prevention. An Opioid Remediation Advisory Committee, consisting of law enforcement, county and drug-abuse treatment officials, decides how the money will be used.

Correction: The amount of money recently donated to pancreatic cancer research from the Health Care Cash Fund has been corrected.

A school choice bill that looks to trade scholarship donations for tax credits returns for another round in the Nebraska Unicameral.
NEBRASKA STATE・15 HOURS AGO
KMTV 3 News Now

What happened at Rosewood Academy, a chain of three daycares in the Omaha metro area, approximately two years ago is having an influence on Nebraska state law.
NEBRASKA STATE・18 HOURS AGO
KMTV 3 News Now

A revived legislative proposal would allow convicted defendants — including an Omaha man convicted for a 1999 killing — to file a motion for a retrial based on newly discovered evidence.
OMAHA, NE・1 DAY AGO
KMTV 3 News Now

The Pentagon says a Chinese balloon that is being used for surveillance has been flying about 60,000 feet above the Central U.S.
AUBURN, NE・15 HOURS AGO
KMTV 3 News Now

The Iowa Board of Pharmacy has fined an online pharmacy $10,000 and temporarily barred it from filling prescriptions for Iowa patients.
IOWA STATE・6 DAYS AGO
KMTV 3 News Now

He knew returning to the family farm was an option when he got out. He also knew he needed to learn modern farm management and business practices to succeed in competitive modern agriculture.
BARTLETT, NE・5 DAYS AGO
KMTV 3 News Now

Opponents of abortion took to the streets in front of the capitol Saturday for the annual Walk for Life, the first event since the Supreme Court overturned Roe v. Wade last summer.
NEBRASKA STATE・6 DAYS AGO