Wahoos Weekly: When and Where to Watch the Virginia Cavaliers This Week [11/22] 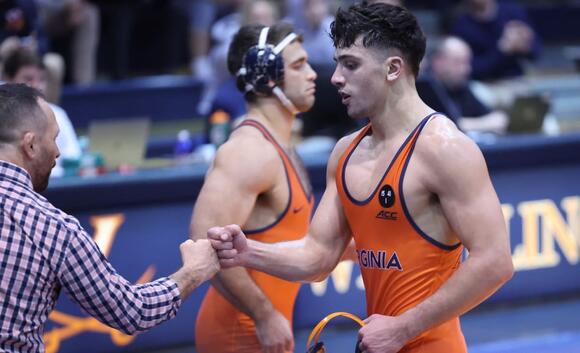 The Virginia fall sports calendar has officially come to an end, as the UVA football, volleyball, field hockey, cross country, and men's and women's soccer seasons are all finished. Now, the UVA winter sports are getting into full swing. This week, six Virginia sports teams will be in action for a total of 13 UVA sporting events.

Now ranked the No. 3 team in the country, Virginia men's basketball heads to Ann Arbor on Tuesday night for its first true road game of the season as the Cavaliers take on Michigan in the final edition of the ACC/Big Ten Challenge. UVA will then host Florida State in its first ACC contest of the season on Saturday afternoon at JPJ.

Still undefeated at 8-0 on the season, the UVA women's basketball team will play at Penn State in the ACC/Big Ten Challenge on Wednesday night. Virginia will return home to host UNC-Wilmington on Sunday afternoon.

The Virginia track & field begins the indoor season with the Liberty Kickoff on Thursday and Friday in Lynchburg.

Virginia men's and women's squash travels up north this weekend for a series of matches against Harvard, Dartmouth, MIT and Williams.

UVA wrestling has a pair of road dual matches in North Carolina this weekend, playing at Queens on Friday and at Campbell on Sunday.

Read on for details about where and when each UVA sporting event is being played and how to watch the Hoos online.

The Cavaliers shot 27% from the floor and lost their sixth-straight game to the Pitt Panthers, who were previously winless in ACC play
CHARLOTTESVILLE, VA・2 DAYS AGO
Cavaliers Now

The Cavaliers fell two spots to No. 8 after their seven-game winning streak was snapped in Saturday's loss at Virginia Tech
CHARLOTTESVILLE, VA・2 DAYS AGO