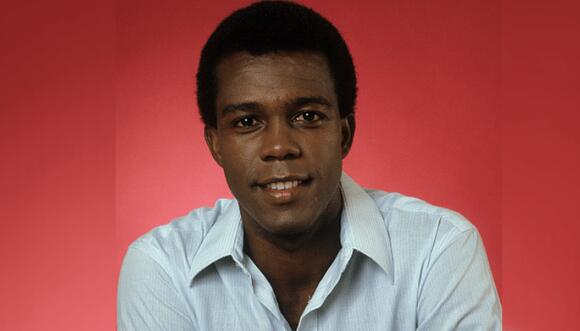 Clarence Gilyard Jr., famous for his roles in Die Hard and Walker Texas Ranger , has died. He was 66.

The cause of death has yet to be revealed.

Gilyard was working at the University of Nevada as an associate professor for the College of Fine Arts. They released the following statement yesterday in regard to his passing.

From Dean Nancy Uscher in the statement shared on Instagram:

“It is with profound sadness that I share this news. His students were deeply inspired by him, as were all who knew him. He had many extraordinary talents and was extremely well-known in the university through his dedication to teaching and his professional accomplishments.”

Gilyard has more than 35 acting credits listed on IMDB . His first role was on the TV show Diff’rent Strokes in 1981. In 1986 he was cast as Sundown in Top Gun , and got his big break in the 1988 action-thriller Die Hard .

Information from CNN was used for this post. You can read their write-up [ here ].

The welfare of the children is of utmost importance, and as parents, it is our duty to ensure that they are protected and have access to the care they need to grow and thrive. Unfortunately, in some cases, parents do not always provide this level of care and protection. This was the case for a 9-year-old girl who arrived at a local hospital pregnant.
16 HOURS AGO
San Herald

Virginia lady drives her SUV 39 times over her husband after waking him up to discover her grandma in bed with him.

Last night in Richmond, Virginia, a woman got angry when she found out her husband was having sex with her grandmother. She drove her car over him and rolled over his body several times.
RICHMOND, VA・5 DAYS AGO
The US Sun

A MISSING 15-year-old has been found dead three days after she vanished from school, her family has revealed in a heartbreaking video. Adriana Davidson, known as Addy, from Ann Arbor, Michigan, was reported missing on Saturday at around 12am after she failed to return home from Pioneer High School. On...
ANN ARBOR, MI・1 DAY AGO
CNN

CNN's Nick Valencia reports on the arrest of 5 Memphis police officers charged in the death of Tyre Nichols and speaks with Bennie Cobb, a family friend of one of the officers.
MEMPHIS, TN・5 DAYS AGO
Anthony James

Young Boy Wants To Commit Suicide After Being Called a "Monster; but His Dad Teaches Bullies a Lesson

Bullying is a serious problem that affects children of all ages, and it can have a devastating impact on their physical and mental health. Victims of bullying may experience anxiety, depression, low self-esteem, and other emotional difficulties, and in severe cases, they may even consider committing suicide. One such victim is Jackson, a seven-year-old boy who has endured a lifetime of bullying and ridicule from children due to his rare disease, Treacher Collins Syndrome.
3 DAYS AGO
Showbiz Cheat Sheet

After 'Gunsmoke,' the actor faced health challenges that ultimately killed her. Here's Amanda Blake's cause of death and a possible reason why her friends said she died of throat cancer.
KANSAS STATE・3 DAYS AGO
CNN

3 rappers have been missing for 10 days since their scheduled performance was canceled, Detroit police say

Multiple Michigan agencies are investigating what happened to three local rappers who went missing 10 days ago after a performance at a club was canceled, Detroit police said Monday.
DETROIT, MI・14 HOURS AGO
USA TODAY

Parents in Germany thought they discovered their daughter's dead body but police say their daughter is a murder suspect in her doppelganger's death.
MICHIGAN STATE・10 HOURS AGO
CNN

Tyre Nichols' brother feels guilty for his death. Here's why

The police beating of Tyre Nichols that led to his death will get even more heartbreaking now that body cam footage has been released.
MEMPHIS, TN・4 DAYS AGO