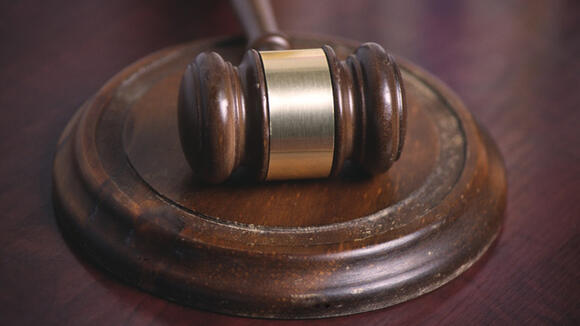 INDIANAPOLIS (AP) — A federal appeals court has reinstated an Indiana law adopted in 2016 that requires abortion clinics to either bury or cremate fetal remains.

The 7th Circuit Court of Appeals ruling released Monday overturns an Indiana judge’s decision in September that the law infringed upon the religious and free speech rights of people who do not believe aborted fetuses deserve the same treatment as deceased people.

The appeals court cited a 2019 ruling by the U.S. Supreme Court upholding the fetal remains provisions of the law signed by then-Gov. Mike Pence and that the state had a legitimate interest in how those remains are disposed.

“Indiana does not require any woman who has obtained an abortion to violate any belief, religious or secular,” the appeals court ruling said. “The cremate-or-bury directive applies only to hospitals and clinics.”

Indiana’s Republican-dominated Legislature approved an abortion ban law over the summer, but abortions have been allowed to continue after a judge sided with abortion clinic operators who argue the ban violates the state constitution. The state Supreme Court is scheduled in January to hear arguments in the lawsuit.

The lawsuit against the fetal remains law was filed in 2020 on behalf of the Women’s Med Group abortion clinic in Indianapolis, its owner, two nurse practitioners who work at the clinic and three women.

Attorneys for the group didn’t immediately respond to a message seeking comment Tuesday.

The group’s lawsuit argued Indiana’s requirements caused both abortion and miscarriage patients “shame, stigma, anguish, and anger” because they “send the unmistakable message that someone who has had an abortion or miscarriage is responsible for the death of a person.”

“They are human beings who deserve the dignity of cremation or burial,” Rokita said in a statement. “The appellate court’s decision is a win for basic decency.”

WASHINGTON, D.C. (WTWO/WAWV) — An Indiana senator has reintroduced a bipartisan bill in the US Senate aimed at helping improve worker mobility with regard to non-compete agreements. Senator Todd Young (R-Ind.) and Chris Murphy (D-Conn.) reintroduced the Workforce Mobility Act Wednesday. According to a release, 20% of American workers are subject to some form of […]
INDIANA STATE・2 DAYS AGO
FOX59

INDIANAPOLIS – Indiana lawmakers say one of their top priorities this session is lowering healthcare costs, and they’ve proposed a bill that would fine hospitals for exceeding new limits on pricing. Indiana lawmakers say Hoosiers are facing significantly higher healthcare costs compared to the national average. “The average hospital facility fee in Indiana is 329% […]
INDIANAPOLIS, IN・2 DAYS AGO
FOX59

INDIANAPOLIS – Indiana lawmakers are moving forward with a bill to provide new services at local health departments. Gov. Eric Holcomb has proposed $347 million in state funding for public health over the next two years, a significant increase from the nearly $7 million the state currently spends annually. The proposed funding would bring Indiana […]
INDIANAPOLIS, IN・1 DAY AGO
FOX59

WASHINGTON, D.C. (January 30, 2023) – The Associated Press has just reported that “Former President Donald Trump and his allies have been put on notice by . . . a Georgia prosecutor who indicated she was likely to seek criminal charges soon in a two-year election subversion probe.”
GEORGIA STATE・3 DAYS AGO
FOX59

INDIANAPOLIS — A devastated family is seeking justice after an Indianapolis woman was found shot to death inside her home on January 27. Brittany Allen, 33, was killed at her home in the Geist Landing neighborhood just off of 96th street after answering the door. Brittany’s daughter and mother were in the next room. “She […]
INDIANAPOLIS, IN・18 HOURS AGO
FOX59

A nurse is accused of stealing a patient's medication and domestic battery in separate cases spanning multiple counties.
HUNTINGTON COUNTY, IN・1 DAY AGO
FOX59

SOUTH BEND, Ind. — A varsity basketball game between Washington and Riley high schools was canceled after a large brawl broke out in the crowd and spilled onto the court during halftime. According to the South Bend Police Department, the fight began shortly after 8 p.m. after both teams headed into the locker room for […]
SOUTH BEND, IN・18 HOURS AGO
FOX59

INDIANAPOLIS – A man arrested in connection with a deadly shooting could’ve been behind bars on a weapons charge. Instead, the suspect paid a $150 cash bond and allegedly killed a 20-year-old man just days later. Indianapolis Metropolitan police arrested Jermerrell Hubbard this week on preliminary charges of murder and robbery in the death of […]
INDIANAPOLIS, IN・3 DAYS AGO
FOX59

Carl Austin Sr. has given his son illegal drugs oxycodone, cannabinoids and benzodiazepine.
RANDOLPH COUNTY, IN・1 HOUR AGO
FOX59

INDIANAPOLIS – Jurors found a man guilty in a deadly shooting on 465. Jurors convicted Briean Brown of murder, attempted murder and assisting a criminal in connection with the December 2021 shooting that killed Miguel Emery and seriously injured another person. The trial wrapped up at the end of January, with sentencing scheduled for March. […]
INDIANAPOLIS, IN・1 DAY AGO
FOX59

BROWNSBURG, Ind. — Police are asking for the public’s help to identify a fast-acting thief who was caught on camera stealing thousands of dollars in jewelry from a Brownsburg store.  According to a police report, the theft happened at Premier Arms at the end of December. The store’s owner reported three rings stolen and said […]
BROWNSBURG, IN・2 DAYS AGO
FOX59

INDIANAPOLIS — Police are investigating after two bodies were found on the city’s east side on Thursday night. According to the Indianapolis Metropolitan Police Department, officers were called to the 1300 block of N. Chester Avenue shortly after 10 p.m. Officers reported finding two people who were confirmed dead at the scene. Police later said […]
INDIANAPOLIS, IN・18 HOURS AGO
FOX59

MUNCIE, Ind. — Five children were taken from the care of a Muncie mother after police were called to a home with “deplorable conditions” and a lack of running water. Judy Dotson, 38, of Muncie faces five charges of neglect of dependent, each Level 6 felonies. According to court documents, Delaware County Sheriff’s Department deputies […]
MUNCIE, IN・2 HOURS AGO
FOX59

KOKOMO, Ind. — The Kokomo Police Department is asking for the public’s help in identifying a pair of suspects tied to multiple Dollar General thefts. According to the police department, the suspects captured in the surveillance footage are believed to be tied to three separate thefts at Dollar General stores around Kokomo that occurred over […]
KOKOMO, IN・2 DAYS AGO
FOX59

Sometimes it pays for diners to have an open mind. Restaurants that may not look like anything special on the outside may have some of the best food you have ever tasted behind its doors. Cheapism is putting these so-called “holes-in-the-wall” on a pedestal and highlighting the ones that they say has the best fried […]
INDIANA STATE・6 HOURS AGO
FOX59

INDIANAPOLIS — Romance is on the menu at Indianapolis’ quintessential steakhouse. St. Elmo Steak House was among the top ten most rated eateries in OpenTable’s Most Romantic Restaurants list for 2023. The restaurant booking site analyzed over 13 million reviews to pinpoint the spots that diners said delivered on romance. St. Elmo had a 4.8 […]
INDIANAPOLIS, IN・2 DAYS AGO
FOX59