Netherlands to buy out and close 3,000 farms to meet climate goals 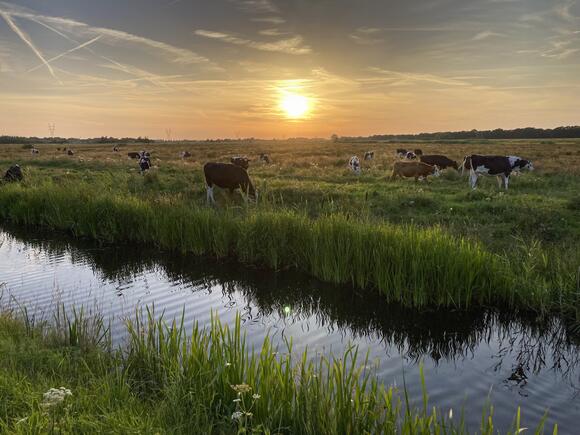 T he Dutch government is planning to buy out and close as many as 3,000 farms in the country, exacerbating an already-bitter dispute with growers as leaders attempt to halve the country’s nitrogen emissions by 2030.

Leaders said last week they plan to allocate some $25 billion to the buyout plan , which they will use to purchase between 2,000 and 3,000 Dutch farms and other large nitrogen emitters "well over" their property values.

If farmers do not agree to the plan, the buyouts could become compulsory. “There is no better offer coming,” Dutch Nitrogen Minister Christianne van der Wal told members of parliament last week.

The plan comes as the Dutch government moves to halve its nitrogen emissions by 2030 in accordance with European Union conservation rules. But to meet that target, the government estimates that 11,200 farms will have to close, and 17,600 others will have to reduce their livestock numbers significantly.

The targets have been met with outrage in the Netherlands. This summer, tens of thousands of protesters massed in major Dutch cities to protest news of the emissions cuts, blocking roadways, bridges, and key waterways.

Farming is a critical sector of the Dutch economy. Despite being just slightly larger than the state of Maryland, the Netherlands is the world’s second-largest exporter of agricultural goods, behind only the United States, and its exports in that sector totaled roughly 105 billion euros in 2021 alone.

But farmers have argued they are being unfairly targeted and that other harmful industries have remained comparably unscathed.

Others fear a reduction in the Dutch agriculture sector will result in higher-cost, less-efficient production in other parts of the world.

“Global agriculture, in some sense, is zero-sum,” Ted Nordhaus, the executive director of the Breakthrough Institute, a global research center, said in an interview this summer.

"So if productivity and yields go down in the Netherlands, it means that the demand gets taken up somewhere else," he said.

Washington Post Associate Editor Bob Woodward criticized the paper's coverage of the Steele Dossier and revealed that Washington Post reporters did not heed his warnings.
WASHINGTON STATE・3 DAYS AGO
WashingtonExaminer

The Satanic Temple announced plans to launch a virtual abortion clinic that will provide abortion-inducing drugs by mail to women in New Mexico who are no more than 11 weeks pregnant and at least 17 years old.
NEW MEXICO STATE・3 DAYS AGO
WashingtonExaminer

The Interior Department finalized its environmental review for ConocoPhillips' Willow project Wednesday, laying the groundwork for approval next month of what would be the nation's largest oil development on public lands.
ALASKA STATE・3 DAYS AGO