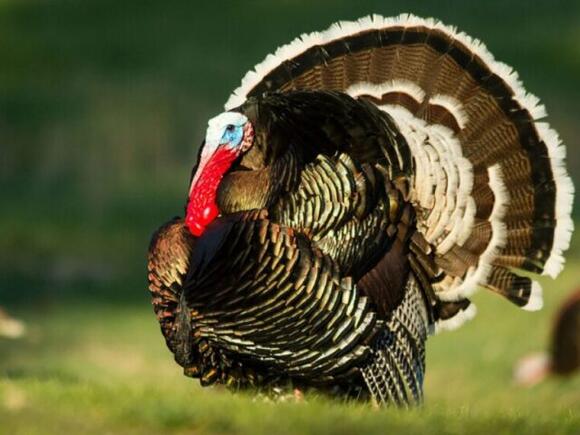 OMAHA — Hunters and conservationists hope a new study of Nebraska’s declining number of wild turkeys will help determine how to help the roaming gobblers rebound.

The Nebraska Game and Parks Commission is funding the study with $1.8 million in fees from gun, ammo and hunting permit sales, said Luke Meduna, who heads the agency’s big game program.

Game and Parks intends to better understand how wild turkeys are faring in Nebraska, what problems they are facing and what steps, if any, might help their population bounce back.

“We’ve never actually done a study like this where we’ve collared birds and looked at mortality,” Meduna said. “We aren’t alone in seeing this boom and bust of turkeys.”

Nebraska has seen a 45% decline in sightings of wild turkeys by rural mail carriers over the past 15 years, a key statistic that state wildlife experts use to set limits on hunting.

Officials acknowledge that the decline could be a return to the smaller number that turkey habitats in northwest and southwest Nebraska can support after a population boomlet from 2008-2010. Drought could be another factor.

Teams will catalog how many turkeys lay eggs, how many eggs in a clutch survive and where adult turkeys acquire food and choose to shelter.

They will also track the turkeys’ movements to figure out what kind of cover they seek out at what times of year and how their choices affect their survival.

The state uses information like this to decide limits on hunting each year and hunting seasons, to keep populations from going too low.

For 2023, the state dropped the number of turkeys hunters can bag in the spring to two birds apiece and a single bird in the fall season.

Nebraska has become a national destination for turkey hunters. Game and Parks sells 9,000 to 13,000 turkey hunting permits to out-of-state hunters each spring.

It’s big business, too. Hunting and fishing bring about $1 billion in economic activity to Nebraska each year, Gov. Pete Ricketts has said it.

The National Wild Turkey Federation applauded the study as a step toward learning what’s happening in other states seeing similar declines, including Oklahoma and Kansas.

The federation’s Nebraska chapter did not immediately return a message Monday seeking comment.

Among the targets for study: habitat loss to farming, housing and industrial developments; whether too many males have been lost to breed; and whether predators are picking off more turkeys.

“Similar to pheasants and bobwhite quail, wild turkeys face various challenges as a ground nesting gamebird,” said Andrew Little of the School of Natural Resources at UNL. “So it’s usually not one specific factor that is affecting their decline but a combination of factors.”

He said the timing is right “to improve our understanding of wild turkey populations.”

GET THE MORNING HEADLINES DELIVERED TO YOUR INBOX

For years now classrooms and school board meetings have become the front lines of a clash between career educators and conservative parents.
NEBRASKA STATE・23 HOURS AGO
KMTV 3 News Now

Nebraska has joined 24 other red states in a lawsuit seeking to block a new rule they claim frees up 401K managers to invest in so-called “environmental, social and governance” funds.
NEBRASKA STATE・5 DAYS AGO
KMTV 3 News Now

The number of documented COVID-19 infections in Iowa continues to decline but at a lesser rate, according to state data.
IOWA STATE・6 DAYS AGO