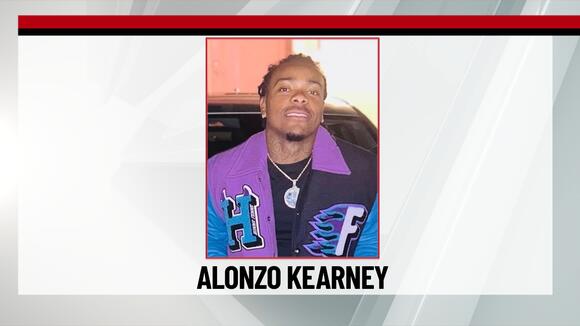 DES MOINES, Iowa (WHO) — Police have released the name of a man who was shot to death in the parking lot of a Des Moines nightclub early Sunday morning.

The Des Moines Police Department said 29-year-old Alonzo Lee Kearney, of Des Moines, has been identified as the victim of the shooting. Officers were called to Zora Bar and Rooftop around 12:05 a.m. on a report of a shooting.

When first responders arrived, they found Kearney with a gunshot wound outside the bar. He was transported to a Des Moines hospital where he later died.

Police are asking anyone with information about the incident to contact detectives at 515-283-4864. Tips can be made anonymously through Crimestoppers of Central Iowa at 515-223-1400.

The families of Gionni Dameron and Rashad Carr, the two teens shot and killed at Starts Right Here education center in Des Moines, are speaking publicly for the first time since the shooting.
DES MOINES, IA・1 DAY AGO
KCAU 9 News

Police have asked for the public’s help to locate a material witness in a weekend homicide.
DES MOINES, IA・2 DAYS AGO
KCAU 9 News

One person was seriously injured when a building exploded on the northeast side of Des Moines Wednesday.
DES MOINES, IA・2 DAYS AGO
KCAU 9 News

POLK COUNTY, Iowa — Officials are identifying the man who died after being critically injured in an explosion and fire Wednesday in the 2500 block of NE 46th Avenue. The Polk County Sheriff’s Office provided an update on the situation Thursday morning. The man has been identified as 55-year-old Tad Costello of Johnston. Emergency responders […]
DES MOINES, IA・2 DAYS AGO
KCAU 9 News

A plea hearing has been set in the probation violation case of 18-year-old Pieper Lewis.
DES MOINES, IA・1 DAY AGO