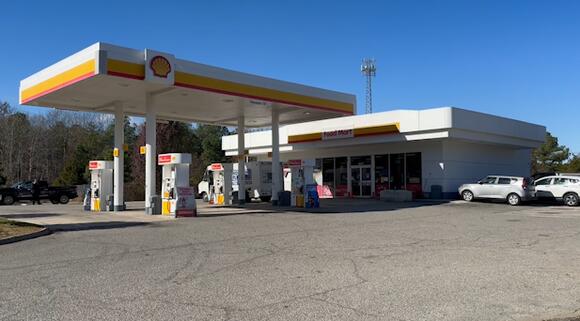 The fuel mix-up happened at a Shell gas station in the Ruther Glen area in Caroline County on Wednesday. Grayson Ang, who was traveling from Maryland to Richmond for Thanksgiving, was one of several who reported the issue.

He said his car issues began shortly after he stopped to fill up his tank with what he thought was unleaded gas.

“It would turn on, then turn right off. Then I tried to hit the gas and it would rev but turn off,” Ang said. “The next morning, it wouldn’t start. So, I had it towed to a local mechanic, and they told me it was filled with diesel, and I was like, ‘What? That’s impossible.’”

He added, “As far as I know, you can’t even pump diesel because the nozzle doesn’t fit, so I knew it wasn’t our fault.”

It cost $848.26 to fix the issue, according to receipts obtained by WRIC.

Mechanics said in a case like this, it is vital to get an emergency tow so technicians can pump the diesel fuel out then rinse away any residue. Estimates for this service range from $500 to $1000.

“They had to drop the tank, empty it, clean it out, and fill it,” said Ang. “I called Shell corporate because I couldn’t reach the gas station. They sent me an email and a form.”

Store clerk Cindy Rioja said she, too, was a victim.

“Diesel guy comes, pumps it into our system, leaves … all of a sudden we have problems,” she said. “Went to start my car back up, it wouldn’t start. I had to hold my foot to the floor.”

Rioja said she and Ang are likely just two of hundreds of drivers impacted by the fuel mix-up, which involved all four of the station’s gas pumps for nearly 24 hours.

It wasn’t until Thursday morning when Rioja returned that she found the pumps covered in trash bags.

“People were traveling through here for Thanksgiving. Some of them got stranded, so it’s just a big mess,” she said.

Rioja and Ang said the company has been slow to respond to damage reports.

WRIC reached out to Shell to find out how many drivers were impacted and whether they will be reimbursed for damages, but the company did not immediately respond.

“I’m just hoping I get my money back,” Ang said. “The only concern is if I have any long-term damage.”

GEORGIA (WJBF) – Monday is the first day of severe weather preparedness week for the state of Georgia. Meteorologist Sherrie Shealy explains everything we need to know about thunderstorms. The ingredients needed for a thunderstorm are moisture, unstable air, and a lifting mechanism. A typical thunderstorm is 15 miles in diameter and lasts for 30 […]
GEORGIA STATE・9 HOURS AGO
WJBF

The epicenter of the earthquake was located 1.3 miles east northeast of West Seneca.
BUFFALO, NY・8 HOURS AGO
WJBF

ST. AUGUSTINE, Fla. (AP) – A Florida teenager faces a possible life sentence after he pleaded guilty to fatally stabbing a 13-year-old classmate 114 times and leaving her body in a wooded area near their homes in 2021. Sixteen-year-old Aiden Fucci entered the plea Monday morning just before jury selection was scheduled to begin in […]
FLORIDA STATE・1 HOUR AGO
WJBF

COLUMBIA, S.C. (AP) – A federal appeals court has denied South Carolina Republicans’ motion for a stay in the ongoing challenge over the state’s congressional district map. Leading GOP lawmakers will now take their case to the U.S. Supreme Court in attempt to avoid redrawing the map that a three-judge federal panel last month deemed […]
SOUTH CAROLINA STATE・3 HOURS AGO
WJBF

(WJBF) – A warning has been issued by the FBI Columbia field office ahead of Valentine’s Day. The warning is about potential scams that will happen around the holiday. Scammers exploit individuals online who may be looking for companionship, or romance. According to recent data reported in the 2021 Internet Crime Complaint Center annual report, South […]
COLUMBIA, SC・5 HOURS AGO
WJBF

"Today I learned that it's only a Texas thing to sell pickles at the movie theater and I can't decide if Texans are genius or just weird."
TEXAS STATE・2 DAYS AGO