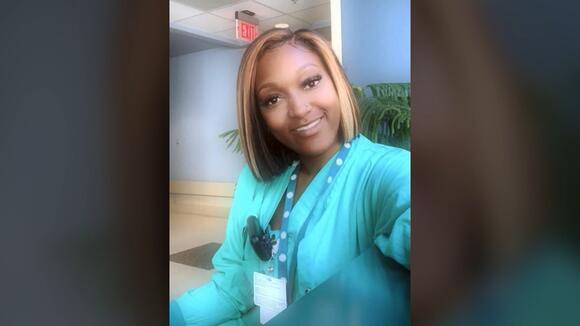 Nov. 29, 2022, marks one month since Shanquella Robinson mysteriously died while on vacation with friends.

While the cry for justice is only growing louder, the investigative process into Robinson’s death might take some time.

The Attorney General’s Office of Baja California Sur issued an arrest warrant for one of the so-called “friends” on the trip with Shanquella Robinson.

According to the Office of International Affairs (OIA), that division of the Justice Department handles the extradition and removal of fugitives, saying it “plays a central role in apprehending and returning fugitives to justice so that they may be held accountable for their crimes.”

Mexican prosecutors are investigating Robinson’s death as femicide, meaning they believe her violent death was motivated by gender.

Prosecutors said her death resulted from a direct attack, not an accident, as allegedly stated by friends.

Authorities in Mexico are also looking into a possible cover-up and omission of facts, which seems obvious to her mother, Sallamondra.

The doctor on the scene, who was with Shanquella for nearly three hours, failed to mention her physical injuries.

“I don’t understand why not,” she told Queen City News in an interview on Nov. 23. “She had a knot on her head, lip was busted, even the guy said she had a bloodshot eye.”,

As the slow trickle of evidence emerges, Sallamondra thinks back to the night she had one of the so-called friends on the trip over for dinner.

“He was here the day that the autopsy came out, and we told him what the autopsy said,” she said, “and he just got sick like it just started eating him up inside, and he just took off his shirt, started sweating, and said that he had to go home because he was about to faint.”

She hasn’t seen that man since.

The listing for the villa where they stayed has been taken off several websites, but not all.

While the family anxiously waits for the day someone is arrested, they also hope a second autopsy done here in the states will give more insight into Shanquella’s death.

Mooresville Fire-Rescue said crews were called to a fire around 11:30 a.m. at a building near 110 Fernwood Lane, which was Reaume Bros Racing race shop.
MOORESVILLE, NC・2 DAYS AGO
FOX8 News

Six state Republicans proposed the bill to ban critical race theory, a way of thinking about America's history through the lens of racism.
YORK COUNTY, SC・1 DAY AGO
FOX8 News

DAVIE COUNTY, N.C. (WGHP) — I-40 West in Davie County is closed at Mile Marker 174 near Mocksville and Farmington Road after a crash on Friday night. The road was closed around 7:20 p.m. and has since reopened, according to the North Carolina Department of Transportation. This is a developing story.
DAVIE COUNTY, NC・1 DAY AGO
FOX8 News

The head coaching announcement and the law firm's responses were both made Thursday afternoon.
CHARLOTTE, NC・2 DAYS AGO
FOX8 News

What concerts are coming to North Carolina in 2023?

(WGHP) — Some of the biggest names in music are coming to North Carolina in 2023. We checked in with the Greensboro Coliseum and Steven Tanger Center in Greensboro, LJVM Coliseum in Winston-Salem, PNC Arena and Red Hat Amphitheater in Raleigh, the Durham Performing Arts Center and the Spectrum Center in Charlotte to see who’s […]
GREENSBORO, NC・2 DAYS AGO
FOX8 News