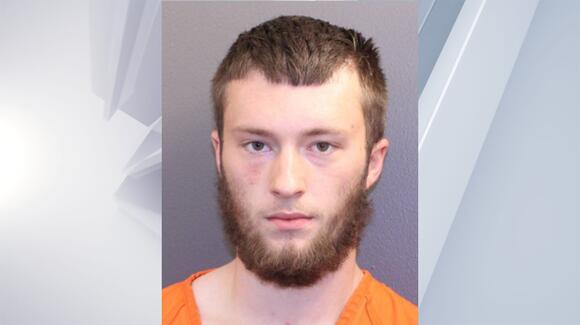 PRINCETOWN, N.Y. ( NEWS10 ) — The man accused of murdering two people in their Princetown home was in court Monday night. After hearing from multiple witnesses in a nearly three-hour-long preliminary hearing, Nicholas Fiebka’s case will now be heard in front of a grand jury. Fiebka, present in the courtroom, showed little emotion throughout the hearing.

The court learned more about the 19-year-old accused of killing his mother, Alesia Wadsworth, and her partner, William Horwedel. One of the witnesses was Horwedel’s son and state trooper, Jesse Horwedel, who described a rocky relationship between Fiebka and his mother.

Investigators showed Ring security camera footage of a man wearing a hoodie and mask entering the home, painting a violent scene of the murder. They said that 30 shots were fired in 27 seconds on November 21. Fiebka was taken into custody while trying to turn himself in to Schenectady Police.

Schenectady County District Attorney Robert Carney told NEWS10 that the investigation is still in the early stages as they wait for the grand jury to be selected. “We had enough evidence to at least preliminarily, at this stage, provide probable cause that he committed a felony which is all we had to show, as you could see from the testimony, there’s lots more investigating to do,” Carney said.

Stick with NEWS10 for the latest on air and online.

Police say the vehicle stolen from a residence in Wappinger was later found in Newburgh.
NEWBURGH, NY・21 HOURS AGO
NEWS10 ABC

A judge has denied a request to toss out the indictment of the suspect charged with murdering a local physician assistant in April 2022.
NEW SCOTLAND, NY・2 DAYS AGO
NEWS10 ABC

A handful of allegedly drunk drivers in the Capital Region have stood out over the past week.
RENSSELAER, NY・1 DAY AGO
NEWS10 ABC

SCHENECTADY, N.Y. (NEWS10) – Heather Horwedel is redefining what it means to be a pageant queen. As Ms. Wheelchair New York, she’s spent the past year advocating for a more inclusive community. Ms. Wheelchair America is a competition based on advocacy, achievement and presentation rather than appearance. Since 1972, the nonprofit organization has been crowning […]
SCHENECTADY, NY・1 DAY AGO
NEWS10 ABC

The restaurant industry is ever-changing with restaurants opening, closing, relocating or just doing their thing. Here’s a recap of the latest Capital Region restaurant news from this week, January 23 through 27.
SARATOGA SPRINGS, NY・23 HOURS AGO
NEWS10 ABC

Plans to open up cannabis dispensaries are now up in the air after a lawsuit put the process on pause. Our Capitol Correspondent, Amal Tlaige spoke with entrepreneurs based in Rochester who applied for the Conditional Adult Use Recreational Dispensary license, but are facing some obstacles.
ROCHESTER, NY・1 DAY AGO
NEWS10 ABC

When a man cut in front of him at the lottery machine, Espinoza decided to buy his ticket at the counter. It ended up paying off.
DELRAY BEACH, FL・2 DAYS AGO
NEWS10 ABC

Documentary to focus on Northumberland hamlet

The Saratoga County History Center on Thursday announced that the Bacon Hill community is the subject of an upcoming local history documentary, which will premiere in special screenings in March.
SARATOGA COUNTY, NY・2 DAYS AGO
NEWS10 ABC

REPORT: New York ranks among healthiest states in US

A new report by Forbes Advisor lists the least healthy populations. Although not at the top of the list, New York ranked 42nd, making it the ninth healthiest state in the U.S.
ALABAMA STATE・2 DAYS AGO
NEWS10 ABC

Amendment supporter: “Equality will be on the ballot” in 2024

This week on Empire State Weekly, state lawmakers in the Senate and Assembly passed an Amendment to the New York constitution. The amendment will be on the ballot for voters in 2024.
23 HOURS AGO
NEWS10 ABC

This weekend, over 70 athletes are coming to West Mountain. There, they will ski, snowboard and snowshoe at the Special Olympics New York Super Regional Winter Classic, an event returning to the ski mountain for its first proper outing since the COVID-19 pandemic.
GLENS FALLS, NY・22 HOURS AGO
NEWS10 ABC

Beginning in May, visitors will be able to purchase day-use permits for Lake George Islands online.
LAKE GEORGE, NY・1 DAY AGO
NEWS10 ABC

ALBANY, N.Y. (NEWS10) — New York attempting to flush out RSV and the flu using a method that helped stem the flow of COVID-19. Governor Hochul’s office this week announcing $21.6 million in funding that will expand the state’s Wastewater Surveillance Network. “It just gives us more information to tackle this huge challenge,” explains Professor […]
20 HOURS AGO
NEWS10 ABC

Things to do in the Capital Region this weekend: Jan. 27-29

The weekend is almost here! From concerts to festivals to the Schenectady Soup Stroll, there are quite a few things happening on January 27, 28, and 29.
ALBANY, NY・1 DAY AGO
NEWS10 ABC

In her State of the State Address, Governor Hochul proposed plans to increase taxes on cigarettes and ban the sale of all flavored tobacco products. Under the proposal, taxes on cigarettes would increase one dollar; from $4.35 to $5.35, making New York cigarette taxes one of the highest in the nation.
21 HOURS AGO
NEWS10 ABC

The latest Storm Tracker Forecast from Meteorologist Steve Caporizzo. Well at least it was an easier day to deal with today. Briefly hit 40 early today before the winds picked yup and colder air moved in. Quite a few light snow showers and flurries moved through today. Winds at times gusted over 30mph. This colder air will not last too long-but the Long Range shows a different story for sure.
ALBANY, NY・2 DAYS AGO