Dwayne Johnson returns to store he shoplifted from as a teenager: ‘Right this wrong’ 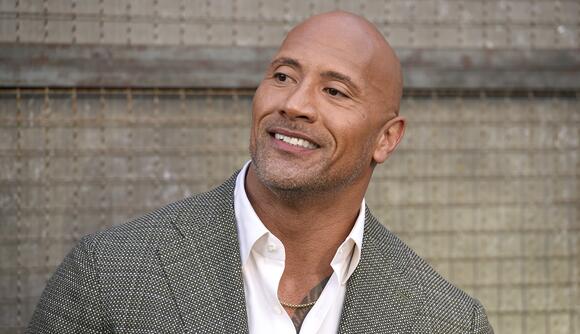 A ctor and former professional wrestler Dwayne Johnson returned to a convenience store he frequented as a teenager to clear his conscience.

Johnson, also known by his ring name “The Rock,” shared in an Instagram video that he went back to a 7-Eleven store in Hawaii he shoplifted from in a “redeeming grace” effort.

“We were evicted from Hawaii in ’87, and after all these years ― I finally got back home to right this wrong,” Johnson said . “I finally exorcised this damn chocolate demon that’s been gnawing at me for decades.”

The actor and former wrestler said he regularly stole king-size Snickers candy bars from the store around the time his family was evicted.

‘IT’S WORTH IT’: TIM TEBOW ON CHRIS PRATT STANDING FOR HIS FAITH DESPITE CRITICISM

“The same clerk was there every day and always just turned her head and never busted me,” Johnson wrote in the video’s caption.

Johnson was seen buying every Snickers candy bar in the store and paying for other customers’ purchases.

“We can’t change the past and some of the dumb stuff we may have done, but every once in a while we can add a little redeeming grace note to that situation — and maybe put a big smile on some strangers' faces,” he added.

Johnson said it was the “least I could do,” but his gesture drew the commendation of fans.

Last year, Johnson spoke of the negative impact his family’s financial struggles had on him.

“I started getting arrested for fighting, theft, all kinds of stupid [stuff] that I shouldn’t have been doing,” Johnson told the Sun.

Johnson would turn to football and play at the college level for the University of Miami before injuries forced him off the field. He followed in the footsteps of his father, WWE Hall of Famer Rocky Johnson, and made his wrestling debut at the 1996 Survivor Series.

In October, Johnson expressed interest in a presidential run but stressed his current focus is on fatherhood.

A woman in Texas was found dead nearly a week after she was reportedly planning to tell her boyfriend's wife about their relationship.
GRAND PRAIRIE, TX・7 DAYS AGO
WashingtonExaminer

Supplemental Security Income beneficiaries are set to receive their $914 monthly payments in only 11 days.
WASHINGTON STATE・7 DAYS AGO
WashingtonExaminer

As Sen. Kirsten Gillibrand (D-NY) prepares for her second reelection bid, the New York Democrat could face a number of primary challengers from other members of her party, according to reports.
WASHINGTON STATE・6 DAYS AGO
WashingtonExaminer

The Sundance Film Festival announced Thursday it has added a documentary about allegations made against Supreme Court Justice Brett Kavanaugh to its lineup.
UTAH STATE・7 DAYS AGO
WashingtonExaminer

Republican South Dakota Gov. Kristi Noem is calling on the federal government to investigate the leak of more than 2,000 Social Security numbers belonging to Trump officials and allies that were inadvertently included in documents released by the Jan. 6 committee earlier this month.
TEXAS STATE・7 DAYS AGO
WashingtonExaminer

New Jersey homeowners have 10 days to apply for a program that will give them up to $1,500 by May.
WASHINGTON STATE・6 DAYS AGO
WashingtonExaminer

Gov. Ron DeSantis's (R-FL) office pushed back on White House press secretary Karine Jean-Pierre for claiming the governor wanted to "block" the study of the history of black people in the United States after he rejected the College Board’s Advanced Placement course for African American studies.
FLORIDA STATE・6 DAYS AGO
WashingtonExaminer

Colorado residents who filed their 2021 taxes will receive a tax rebate of up to $1,500 in 10 days.
COLORADO STATE・6 DAYS AGO
WashingtonExaminer

Department of Homeland Security Secretary Alejandro Mayorkas learned within hours following an alleged abusive incident involving Border Patrol on Sept. 19, 2021, that a federal agent had not used a whip against a Haitian immigrant, yet the Cabinet official continued to perpetuate a different narrative.
TEXAS STATE・7 DAYS AGO
WashingtonExaminer

Rep. Nancy Pelosi (D-CA) refused to speculate whether former President Donald Trump could be charged with a crime given the mishandling of classified documents from President Joe Biden's vice presidency.
WASHINGTON STATE・7 DAYS AGO
WashingtonExaminer

Persecution facing Christians across the globe has never been worse.
CALIFORNIA STATE・6 DAYS AGO
WashingtonExaminer

There are 25 days left for South Carolina residents to file their 2021 taxes and receive a rebate of up to $800 in the first quarter of the year.
SOUTH CAROLINA STATE・6 DAYS AGO
WashingtonExaminer

The media’s “startling” change in the last week when it comes to coverage of President Joe Biden’s classified documents case shows they don’t want him to run again in 2024, according to Sen. Rand Paul (R-KY).
WASHINGTON STATE・6 DAYS AGO
WashingtonExaminer

Democrats have to take partial responsibility for the controversial election of Rep. George Santos (R-NY) as he played into their tradition of “identity politics,” according to political commentator Bill Maher.
WASHINGTON, DC・6 DAYS AGO
WashingtonExaminer

Arizona will continue its practice of transporting migrants who cross the southern border to other destinations in the United States, Democratic Gov. Katie Hobbs announced Friday.
ARIZONA STATE・6 DAYS AGO
WashingtonExaminer

Amid soaring inflation, families have seen the price of eggs hike up by 139% in one year to $2.92 for a dozen eggs, according to the USDA.
PENNSYLVANIA STATE・7 DAYS AGO