One dead after shooting at North Carolina McDonald’s 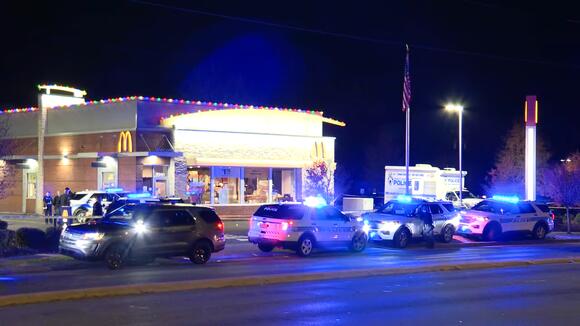 The location was close to the McDonald’s in the Starmount neighborhood at 7051 South Boulevard. Police said that the victim was shot in the fast-food restaurant’s parking lot.

Police attempted to render aid, but the person died in the parking lot.

Smoke, ashes in for 4th day as North Carolina landfill fire continues; fire did not appear to begin as ‘controlled burn’

Police are not looking for additional suspects at this time.

The news comes after a deadly weekend in Mecklenburg County. On Saturday, authorities found James Johnson, 55, of Cornelius, dead at the scene along Lynn Drive.

On Monday, officers said Geovany Munoz, 19, and Arnaldo Munoz, 53, were arrested and face first-degree murder charges. An initial investigation revealed the victim and the suspects were neighbors, and the shooting resulted from a dispute between the parties.

couple of illegals showing appreciation for us letting them into our country without so much as an ID.

so where is all the outrage from the family? oh wait,a officer of the law didn't do it, my bad.

DAVIE COUNTY, N.C. (WGHP) — I-40 West in Davie County is closed at Mile Marker 174 near Mocksville and Farmington Road after a crash on Friday night. The road was closed around 7:20 p.m. and has since reopened, according to the North Carolina Department of Transportation. This is a developing story.
DAVIE COUNTY, NC・1 DAY AGO
FOX8 News

Mooresville Fire-Rescue said crews were called to a fire around 11:30 a.m. at a building near 110 Fernwood Lane, which was Reaume Bros Racing race shop.
MOORESVILLE, NC・2 DAYS AGO
FOX8 News

Six state Republicans proposed the bill to ban critical race theory, a way of thinking about America's history through the lens of racism.
YORK COUNTY, SC・1 DAY AGO
FOX8 News

What concerts are coming to North Carolina in 2023?

(WGHP) — Some of the biggest names in music are coming to North Carolina in 2023. We checked in with the Greensboro Coliseum and Steven Tanger Center in Greensboro, LJVM Coliseum in Winston-Salem, PNC Arena and Red Hat Amphitheater in Raleigh, the Durham Performing Arts Center and the Spectrum Center in Charlotte to see who’s […]
GREENSBORO, NC・2 DAYS AGO
FOX8 News

The head coaching announcement and the law firm's responses were both made Thursday afternoon.
CHARLOTTE, NC・2 DAYS AGO
FOX8 News