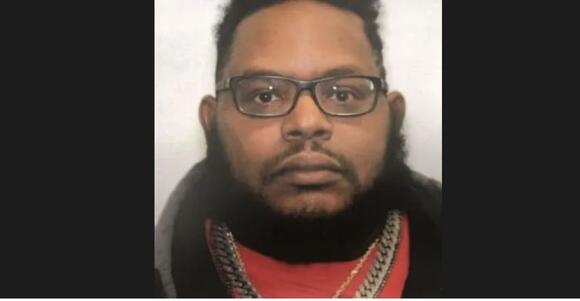 ***The video above is from a previous report***

CLEVELAND (WJW) – A man is wanted in the murder of a missing Cleveland woman, who was found dead in Pennsylvania last week.

Adrianna Kiri Taylor, 23, was found unresponsive in the backyard of a home in the 800 block of Hill Avenue in Wilkinsburg the night of Thursday, Nov. 24, according to the medical examiner’s office.

The medical examiner’s office on Sunday announced she was killed by a gunshot wound to the head, and ruled her death a homicide.

According to the Cleveland Division of Police, a warrant was issued for the arrest of 43-year-old Anthony Kennedy for aggravated murder.

Taylor’s family last heard from her on Oct. 8. Police reported her missing on Nov. 13.

He has already been charged with aggravated murder, murder with a firearm specification, tampering with evidence, and domestic violence.
AUSTINTOWN, OH・2 DAYS AGO
WKBN

A woman has been arrested after an October hit-and-run that killed a Poland woman in Nashville.
NASHVILLE, TN・2 DAYS AGO
WKBN

Investigators in Poland Township are working to solve a theft investigation from 2022 and they need the public's help.
POLAND, OH・2 DAYS AGO
WKBN

According to U.S. Marshals and Warren Police, he was taken into custody in regards to the   fatal fire that killed 16-year-old Chassidy Broadstone.
WARREN, OH・2 DAYS AGO
WKBN

A husband and wife from the Sebring area could be back in court next week. Now, they are facing new charges.
SEBRING, OH・2 DAYS AGO
WKBN

There was a large police presence in Warren early Sunday morning.
WARREN, OH・21 HOURS AGO
WKBN

A Boardman home-remodeling contractor accused of stealing thousands from his customers will spend the weekend in jail without bond.
BOARDMAN, OH・2 DAYS AGO
WKBN

The Bishop of Youngstown has issued a statement after cancelling Sunday morning mass in East Palestine after the train derailment fire evacuation and shelter in place orders.
EAST PALESTINE, OH・18 HOURS AGO
WKBN

A large fire is is brewing from a home in Campbell Saturday afternoon.
CAMPBELL, OH・1 DAY AGO
WKBN

One dead after car hits pedestrian in Trumbull County

One person died Sunday night after a car hit a pedestrian in Weathersfield Township.
TRUMBULL COUNTY, OH・1 HOUR AGO
WKBN

As nearly 2,000 East Palestine residents are affected by a mandatory evacuation, others are under a shelter-in-place.
EAST PALESTINE, OH・1 DAY AGO
WKBN

A press conference is set to take place Saturday in regard to the East Palestine train derailment.
EAST PALESTINE, OH・1 DAY AGO
WKBN

DARLINGTON, Pa. (WKBN) — Local businesses outside of East Palestine are finding ways to help residents who have been evacuated. The Northern Boarder Kennels in Darlington is just outside the evacuation zone. They’re offering free boarding to families who had to evacuate and couldn’t bring their dogs. “They don’t have to worry about their dogs […]
EAST PALESTINE, OH・6 HOURS AGO