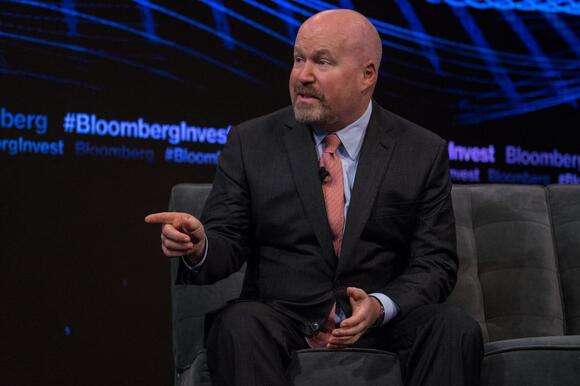 Who Is Cliff Asness?

Clifford Asness is the manager of hedge fund AQR Capital Management. This year, he revealed that he is shorting AMC Entertainment ( AMC ) - Get Free Report .

Asness said that his bearish bet was due to AMC's valuation issues, as well as the movie theater chain's business fundamentals.

However, Asness has made statements about the risks of betting against a stock like AMC, which has broad support from retail investors. The hedge fund manager fired back at AMC shareholders (or Apes):

"I dare all the meme-stock maniacs to try to hurt us."

Why Does Asness Keep Trolling the Apes?

Despite broad market turmoil, Cliff Asness' hedge fund has had a good year.

According to a Bloomberg report, the AQR Absolute Return strategy, which consists of a mix of quant trades, was up 38% through early November. That makes 2022 the best year for the fund since its launch more than 20 years ago.

However, during a recent interview, Asness mentioned the antagonistic relationship he has with AMC Apes, calling them a "paranoid investing death cult."

"I leaned in too much, partly out of ignorance of how crazy that part of the world is," he said of his interactions with AMC's retail investors.

And in a tweet, Asness wrote that he bothers to argue with meme-stock investors because he is sure that one day they will thank him for it:

Also, the quantitative investor laid out his investment philosophy of seeking out cheap, steadily profitable stocks with upward momentum. Asness said that his factor-investing returns may be just beginning, because even after this year's positive returns, value stocks remain cheap.He expects this trend to continue for the next two-and-a-half years.

Based on his strategy that has been successful (at least for this year), the AQR hedge fund manager sent a message to the meme-stock investors: "There are a lot of investment strategies you should hold onto for dear life — if they're good long-term strategies.

"To my meme-stock friends, there's an acronym they use: HODL, Hold On For Dear Life. It's a great and important idea, but they use it wrong,"

Cliff Asness' hedge fund is one of many that are betting against (or have bet against) AMC. It's no news that the movie theater chain's stock has been popular among short sellers in recent years. In 2022 alone, the stock has dropped roughly 70%.

According to the latest data provided by S3 Partners Research, there is about $771 million in short interest in AMC. And through November 23, shorts have earned $1.73 billion in mark-to-market profits.

If history is any guide, it's risky to draw conclusions about the stamina of retail investors — especially meme-stock investors. Their resilience has been shocking the markets since early 2021.

Even if short sellers are winning the battle against AMC shareholders — so far — their gains may be short-lived, especially considering current stock borrow fee rates of nearly 45%.

Generally, when borrow fees are high — above 3% — short sellers are forced to close their positions. As a result, their remaining mark-to-market profits are burned.

Furthermore, by confirming that there is a lot of demand from short sellers, AMC's high borrowing fees put more pressure on short sellers to close out their positions and take as much profit as they can.

However, Cliff Asness himself doesn't seem to be too concerned about the cost of shorting AMC. He supports the thesis that stocks that are expensive to short have high valuations and little subsequent return.

Finally, there may still be significant catalysts for AMC stock to come. The most recent was after the third-quarter earnings results, when AMC stock surged over 50% in a few days.

Short-selling hedge funds may seem confident in their current positions, but a surprise rally in AMC's share price may indeed test their contrarian bets.

Ken Griffin's Citadel fund made record profits during the past year. However, two years ago, the fund was involved in a controversy during GameStop's short squeeze.
10 DAYS AGO
MemeStockMaven

The last two years have been a wild ride for AMC stock bulls, but also a painful one most recently. Could share price finally benefit from a bullish wave next? These graphs may have the answer.
22 DAYS AGO
MemeStockMaven

AMC's business fundamentals are still far from great. As a result, the company's management is relying on further dilution to move the business forward.
24 DAYS AGO
MemeStockMaven

According to a Seeking Alpha author, AMC could go bankrupt this year, dragging AMC stock sharply down. Here are a few counterarguments to the bearish view.
9 DAYS AGO
MemeStockMaven

Meme ETF has been performing well in 2023. Credit should be given to one particular stock that has already gained 56% YTD, outperforming names like GME and AMC.
16 DAYS AGO
MemeStockMaven

Despite being on the verge of bankruptcy, Bed Bath & Beyond's stock has soared in the last week and has taken GameStop and AMC with it. Here's what you should know.
18 DAYS AGO
MemeStockMaven

The ETF that tracks meme stocks has started 2023 on a high note, showing gains of about 15%. Here's what you need to know.
15 DAYS AGO
MemeStockMaven

Alibaba stock has doubled in value in less than three months. The charts suggest that both bulls and bears have a chance to profit from BABA at current levels
16 DAYS AGO
MemeStockMaven

Why GameStop (GME) Shareholders Got To Love Ryan Cohen

GameStop Chairman Ryan Cohen ticks many of the boxes that are most important to the video game retailer’s devoted shareholder base.
12 DAYS AGO