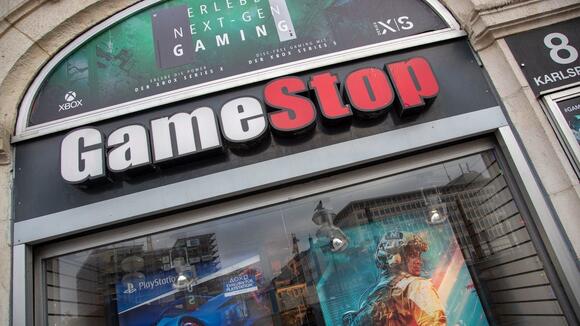 Recent history has shown that GameStop stock does not trade like regular stocks. Here are three bullish reasons to get into the video game retailer.

In the second half of 2022, the focus of GameStop 's ( GME ) - Get Free Report management has been clear:

Until a few months ago, management had been following a turnaround plan focused on strengthening the company's tech capabilities. The plan involved changing the company's entire board of directors and investing in e-commerce, crypto, NFTs, and web 3.0.

But as GameStop CEO Matt Furlong mentioned in late August, the company's focus is now different.

"After spending a year strengthening our assortment, infrastructure, and tech capabilities, we're now focused on achieving profitability, launching proprietary products, leveraging our brand in new ways, and investing in our stores," the CEO said.

This change in focus is due mainly to the drastic changes in interest rates and the impact this has had on capital allocation. As mentioned by GameStop Chairman Ryan Cohen, with the current high-interest rate scenario, the value of short-term cash flows is much higher than long-term cash flows.

"With GameStop, we are targeting higher returns and we are focused much more on short-term profitability," Cohen said.

To achieve short-term profitability, GameStop has been cutting expenses aggressively and should continue to do so, according to the company's chairman.

In July, GameStop made dramatic cuts to its staff — including the resignation of its former CFO, Mike Recupero. Between late 2021 and mid-2022, the video game retailer hired more than 600 employees.

In addition, GameStop announced a new compensation structure. It was decided that there would be no cash compensation paid to non-employee directors. Chairman Ryan Cohen and former CEO George Sherman ultimately declined to receive any compensation.

#2. The "Kardashian Economics" Are Still There

According to Sloan, shorting stocks in a murkier macroeconomic scenario can be dangerous. That's because short sellers are underestimating the risk of squeezes. Events such as GameStop's January 2021 squeeze should no longer be viewed as once-in-a-lifetime rarities.

"The Kardashians are still here. Look at that chest and apply that to the financial market and tell me whether you believe that socially mobilized investing is going to disappear," said Sloan.

Even almost two years after the short squeeze event in January 2021, the popularity of GameStop on social networks and the internet as a whole remains super relevant.

On Google, the term GME is often among the most popular stock tickers (see below). And on Reddit, r/superstonk — a forum dedicated to exclusively covering GameStop stock — has more than 847,000 highly active users.

It's evident that socially mobilized investing in GameStop remains super-strong when looking at the Direct Registration System (DRS). This system — by which shareholders directly register their shares with a transfer agent — has become incredibly popular among GameStop's retail investors.

Even though direct registration is less practical for selling shares than using a brokerage house, shareholders receive some clear benefits from this practice.

Through the Direct Registration System, shareholders can hold a stock without using a broker. The biggest benefit of this is that shares registered through the DRS cannot be lent to short sellers — unlike shares held through brokers.

This year, after the DRS movement began to take hold, GameStop started reporting the number of shares transferred directly with the transfer agent each quarter.

At the end of July, there were about 71.3 million shares registered through DRS. With another four months having passed since then, these numbers are now likely to be even higher.

Currently, it is estimated that almost 70% of GameStop's outstanding shares are owned by individual investors. This implies that about four out of every 10 retail investors have registered their shares through DRS.

Since GameStop's historic short squeeze two years ago, the markets have undergone plenty of scrutiny. Here's what you need to know about the short squeeze's effects on stocks.
2 DAYS AGO
MemeStockMaven

To keep their shares away from brokerage houses, GameStop shareholders have been engaging in an impressive and unusual collective strategy.
3 DAYS AGO
MemeStockMaven

Betting on GameStop has become more than just an act of investing; for many, to invest is to join a movement against the Wall Street status quo.
4 DAYS AGO