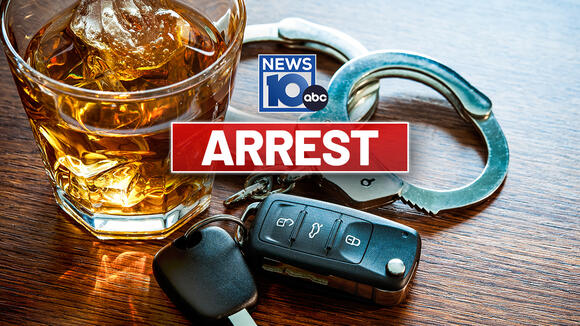 KILLINGTON, Vt. ( NEWS10 ) — Shortly after midnight Sunday morning, Vermont State Troopers were sent to 1842 Killington Road, in the Town of Killington, after hearing that a car had driven over an embankment in the parking lot. The driver of the car was identified by police as Francis Vanschaick, 22, of Clayton, North Carolina.

While officers spoke with Vanschaick, he allegedly showed several signs of being drunk. He was screened for driving under the influence at the scene and ended up being arrested for the crime, according to police reports.

Vanschaick was taken to the State Police Barracks in Rutland for processing. He is due in Rutland Superior Court—Criminal Division on December 12 at 10 a.m.

KINGSBURY, N.Y. (NEWS10) — The Washington County Sheriff’s Office has issued a wanted bulletin for a Kingsbury woman. According to police, Vanessa L. Graham, 40, is wanted on several charges including assault and endangering the welfare of a child. Graham’s current whereabouts are unknown. Anyone with information about...
KINGSBURY, NY・6 HOURS AGO
NEWS10 ABC

An East Calais, Vermont man was arrested in Moreau on Saturday for allegedly driving while impaired by drugs with a child under the age of 15 in the car.
MOREAU, NY・6 HOURS AGO
NEWS10 ABC

The driver was arraigned at the Town of Bethlehem Court and remanded to the Albany County Jail.
BETHLEHEM, NY・1 DAY AGO
NEWS10 ABC

Police make an arrest for fatal stabbing in Rutland City

The victim was transported to the Rutland Regional Medical Center where he was pronounced dead.
RUTLAND, VT・1 DAY AGO
NEWS10 ABC

Police say the suspect altered and forged checks and deposited them into her account via the bank's mobile app.
LAKE GEORGE, NY・1 DAY AGO
NEWS10 ABC

A Whitehall woman is facing child endangerment charges for allegedly pulling her children from school and refusing to homeschool them.
WHITEHALL, NY・1 DAY AGO
NEWS10 ABC

Man arrested for possessing over 14 pounds of cannabis

During a traffic stop, police discovered over fourteen pounds of illegally possessed cannabis and a large amount of U.S. currency.
HERKIMER, NY・1 DAY AGO
NEWS10 ABC

The indictment alleges that thousands of kilograms of marijuana were shipped from a small store called Fast Pack & Ship in Fresno, CA, to many locations across the country, including the Capital Region of New York.
FRESNO, CA・1 HOUR AGO
NEWS10 ABC

Hearse carrying body for donation slides off I-70 in Colorado

SUMMIT COUNTY, Colo. (KDVR) — A hearse carrying a body for medical donation slid off an interstate in Colorado and came to a stop teetering off an embankment. “OK, file this one under: ‘You’ll never believe it,'” Summit Fire and EMS said. SFEMS said the hearse...
SILVERTHORNE, CO・1 DAY AGO
NEWS10 ABC

TAMPA, Fla. (WFLA) — A bill recently filed in the Florida Senate seeks to penalize drivers who “continuously” travel in the left-hand lane without the intent to pass. According to the bill, filed by Rep. Jenna Persons-Mulicka (R-Fort Myers) on Tuesday, vehicles would be prohibited from continuously traveling “in the furthermost left-hand lane of certain roadways,” namely roads, streets, and highways with two or more lanes and a posted speed limit of at least 65 mph.
FLORIDA STATE・2 DAYS AGO
NEWS10 ABC

On Tuesday, the city of Glens Falls announced the completion of two projects tackled over the last week. Both involve roadwork and conditions on city streets.
GLENS FALLS, NY・4 HOURS AGO
NEWS10 ABC

South Glens Falls High School students and staff are partaking in the 22-a-day push-up challenge in February to raise awareness for the mental health of those who defend our country
GLENS FALLS, NY・3 HOURS AGO
NEWS10 ABC

ROCHESTER, N.Y. (WROC) — New Yorkers could be living life in the fast(er) lane, thanks to a new bill proposed by NY Senator Thomas O’Mara. Currently, state law caps all speed limits at 55 miles per hour for any road, highway, parkway, or bridge. For certain highways, such as interstate highways. the limit steps up […]
VERMONT STATE・5 HOURS AGO
NEWS10 ABC

Lawmakers and advocates were in Albany on Monday to call for stricter laws to prevent child abuse and death during custody proceedings.
ALBANY, NY・19 HOURS AGO
NEWS10 ABC

GLENS FALLS, N.Y. (NEWS10) – The City of Glens Falls has decided to postpone the Fire & Ice event that was set to begin on Friday. Organizers expressed concerns over the warmer winter temperatures and the thickness of the ice on Crandall Pond. Despite colder temperatures on the radar...
GLENS FALLS, NY・22 HOURS AGO
NEWS10 ABC

Advocates and lawmakers continue a years-long push for New York to be the second state in the country to lower the legal blood alcohol content from .08 to .05. But some, like local bar and restaurant owners, remain skeptical of the potential change.
UTAH STATE・22 HOURS AGO
NEWS10 ABC

Every event in Lake George in February 2023

In the village of Lake George, the castle is nearly ready to be stormed. At Charles R. Wood Festival Commons, Ice Castles is hard at work forming thousands of icicles into a winter attraction - despite some warm temperatures over the last month.
LAKE GEORGE, NY・1 DAY AGO