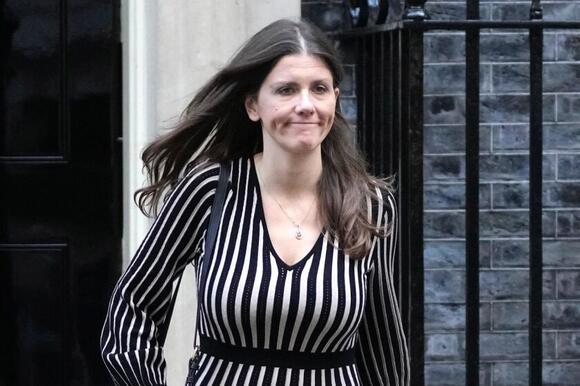 The British government has abandoned a plan to force tech firms to remove internet content that is harmful but legal, after the proposal drew strong criticism from lawmakers and civil liberties groups.

The U.K. on Tuesday defended its decision to water down the Online Safety Bill, an ambitious but controversial attempt to crack down on online racism, sexual abuse, bullying, fraud and other harmful material.

Similar efforts are underway in the European Union and the United States, but the U.K.’s was one of the most sweeping. In its original form, the bill gave regulators wide-ranging powers to sanction digital and social media companies like Google, Facebook, Twitter and TikTok.

Critics had expressed concern that a requirement for the biggest platforms to remove “legal but harmful” content could lead to censorship and undermine free speech.

The Conservative government of Prime Minister Rishi Sunak, who took office last month, has now dropped that part of the bill, saying it could “over-criminalize” online content. The government hopes the change will be enough to get the bill through Parliament, where it has languished for 18 months, by mid-2023.

Digital Secretary Michelle Donelan said the change removed the risk that “tech firms or future governments could use the laws as a license to censor legitimate views.”

“It was a creation of a quasi-legal category between illegal and legal,” she told Sky News. “That’s not what a government should be doing. It’s confusing. It would create a different kind of set of rules online to offline in the legal sphere.”

Instead, the bill says companies must set out clear terms of service, and stick to them. Companies will be free to allow adults to post and see offensive or harmful material, as long as it is not illegal. But platforms that pledge to ban racist, homophobic or other offensive content and then fail to live up to the promise can be fined up to 10% of their annual turnover.

The legislation also requires firms to help people avoid seeing content that is legal but may be harmful — such as the glorification of eating disorders, misogyny and some other forms of abuse — through warnings, content moderation or other means.

Companies also will have to show how they enforce user age limits designed to keep children from seeing harmful material.

The bill still criminalizes some online activity, including cyberflashing — sending someone unwanted explicit images — and epilepsy trolling, sending flashing images that can trigger seizures. It also makes it an offense to assist or encourage self-harm, a step that follows a campaign by the family of Molly Russell, a 14-year-old who ended her life in 2017 after viewing self-harm and suicide content online.

Her father, Ian Russell, said he was relieved the stalled bill was moving forward at last. But he said it was “very hard to understand” why protections against harmful material had been watered down.

Donelan stressed that “legal but harmful” material would only be permitted for adults, and children would still be protected.

“The content that Molly Russell saw will not be allowed as a result of this bill,” she said.

LONDON — (AP) — British Prime Minister Rishi Sunak fired the chairman of the governing Conservative Party on Sunday for a “serious breach” of ethics rules in failing to come clean about a tax dispute. Sunak had faced days of pressure to sack Nadhim Zahawi amid...
22 MINUTES AGO
Business Insider

Inflatable tanks are a staple of Russia's deception doctrine known as maskirovka, or masking, meant to boost stealth tactics and sow confusion.
1 DAY AGO
Business Insider

LONDON, Jan 29 (Reuters) - The British government is partly to blame for the Grenfell fire which killed 72 people in 2017 as building regulations were deficient and could be exploited by developers in a way that was unsafe, housing minister Michael Gove said on Sunday.
37 MINUTES AGO
The Hill

The risk of failing to enforce sanctions on Iran

Since the wars in Iraq and Afghanistan, America has been loath to carry out military actions in the Middle East. In its place, the State Department and Congress have chosen economic sanctions as a primary tool of American foreign policy to influence and punish rogue nations, organizations, corporations and individuals. Unfortunately, enacting sanctions and enforcing…
16 MINUTES AGO
Interesting Engineering

The unmanned aircraft with an air-breathing engine, can fly greater than five times the speed of sound, claim the researchers.
27 MINUTES AGO
Upworthy

Man fired for wanting a raise deletes thousands of hours of work, leaving boss in a fix

Workplaces can get toxic and unhealthy for employees pretty quickly. And in one such instance, an employee decided to ask for a raise in his wages after being given an immense amount of work on a daily basis. To his surprise, he was fired in a few hours. What he did next was unimaginable. A person on Reddit with the username u/This_Manner_ wrote that three years ago, he was working as a videographer doing social media content for a seven-figure company. He wrote, "I was paid roughly just better than minimum wage and was cranking out (at one point) 50 videos a day. I was freelancing and was on a loose contract. I was desperate for the money."
1 DAY AGO
Columbia Daily Tribune

University of Missouri Ukrainian students: 'Thanks for the tanks, Americans'

How beans in toast could revolutionise the British diet

Beans IN toast could revolutionise the British diet, suggests a new study.A new project has been set up to slip more UK-grown beans into our daily bread.The ‘Raising the Pulse’ project plans to encourage British consumers and food producers to switch to bread that contains broad beans to make it healthier and less damaging to the environment.Unlike imported soya beans currently used in bread, broad beans, also known as faba beans, grow in the UK.They are also particularly high in easily digested protein, fibre, and iron, which are all nutrients that can be low in UK diets.However, despite it being...
40 MINUTES AGO
San Diego Union-Tribune

UK prime minister fires his party chairman, accused of settling settled an unpaid tax bill while he was Treasury chief