Qatar to supply liquefied natural gas to Germany from 2026 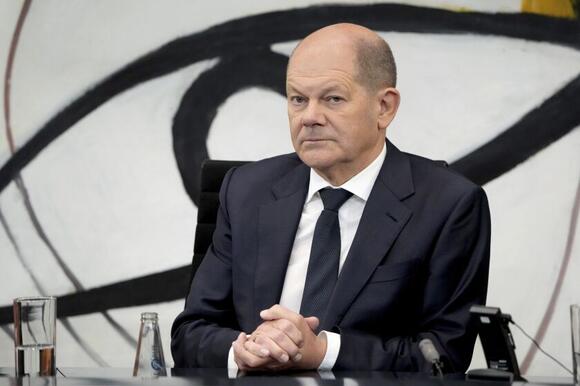 Qatar is to supply liquefied natural gas to Germany under a 15-year deal signed Tuesday as the European economic powerhouse scrambles to replace Russian gas supplies that have been cut during the ongoing war in Ukraine.

Officials gave no dollar value for the deal, which would begin in 2026. Under the agreement, Qatar would send up to 2 million tons of the gas to Germany through an under-construction terminal at Brunsbuettel.

The deal involves both Qatar Energy, the nation’s state-run firm, and ConocoPhillips, which has stakes in Qatar’s offshore natural gas field in the Persian Gulf that it shares with Iran.

As European countries have supported Ukraine after Russia’s invasion in February, Moscow has slashed supplies of natural gas used to heat homes, generate electricity and power industry. That has created an energy crisis that is fueling inflation and increasing pressure on companies as prices have risen.

The country is building five liquefied natural gas terminals as a key part of its plan to replace Russian supplies, and the first are expected to go into service shortly. Much of Germany’s current gas supply comes from or via Norway, the Netherlands and Belgium.

Germany's drive to prevent a short-term energy crunch also includes temporarily reactivating old oil- and coal-fired power stations and extending the life of the country's last three nuclear power plants , which were supposed to be switched off at the end of this year, until mid-April.

“Overall we will ensure that we have a lot of different countries which ensure our energy supply,” Scholz said. “As such, I'm confident that this is a further important building block for a house that we've already largely built.”

The video sparked discussions on social media about what kind of weapon could be responsible for the attack.
2 DAYS AGO
Newsweek

US to send Ukraine longer-range bombs in latest turnaround

After months of agonizing, the U
6 HOURS AGO
San Diego Union-Tribune

The U.S. says it is tracking a suspected Chinese surveillance balloon that has been spotted over U.S. airspace for a couple days
MONTANA STATE・43 MINUTES AGO
San Diego Union-Tribune

Nearly four years ago, Austria's populist far-right Freedom Party was ousted from the national coalition government over a major corruption scandal, and voters punished it at the ballot box
1 DAY AGO
San Diego Union-Tribune

The company aims to help Ukraine with intelligence but first must get approval from the U.S. government.
SAN DIEGO, CA・1 DAY AGO
San Diego Union-Tribune

North Korea says it's prepared to counter U_S_ military moves with the "most overwhelming nuclear force" as it warned that the expansion of the United States' combined military exercises with rival South Korea is pushing tensions to an "extreme red line."
WASHINGTON STATE・23 HOURS AGO
San Diego Union-Tribune

The United States has asked the Sudanese government to re-arrest a man convicted of killing a U.S. diplomat in the country 15 years ago
5 HOURS AGO