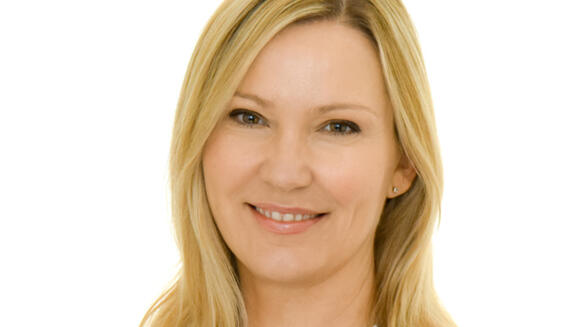 She will work closely with the company’s founder, Julia Nottingham, on its documentary production slate, which includes features and series. Among them are the upcoming Netflix documentary on Pamela Anderson , a three-part series on the Coleen Rooney “Wagatha Christie” trial for Disney+ and an Amazon Prime Video series about “love guru” cult leaders Jeff and Shaliea Ayan.

Also on the slate are “If the Streets Were on Fire” by Alice Russell and “Super Eagles ‘96” by Yemi Bamiro.

Starbuck was previously at Raw, which she worked on projects including the Emmy nominated “Tindler Swindler,” “Reframed: Marilyn Monroe” and “Memories of a Murderer: the Nilsen Tapes.” Over the course of her 20-year career, Starbuck has clocked more than 100 hours of high-end documentary films, series and specials for US and UK broadcasters and streamers.

Dorothy St, which was founded by Nottingham in 2018, is backed by Elisabeth Murdoch, Stacey Snider and Jane Featherstone-helmed production studio Sister. Sister took a minority stake in Dorothy St earlier this year to allow the company to grow its non-fiction slate as well as expanding into other genres.

“I am so thrilled to be joining the team here at Dorothy St, and building on their incredible flair, talent and creativity, to deliver exciting projects to global audiences,” said Starbuck.

Nottingham said: “We couldn’t feel prouder to be bringing the brilliant Sam into Dorothy St. We’ve been admirers for some time and her taste, track-record and talent are second-to-none.”

More from Variety Best of Variety

“It Follows” star Maika Monroe has joined Nicolas Cage in the horror-thriller “Longlegs.” Directed and written by Osgood “Oz” Perkin (“I Am the Pretty Thing That Lives In The House”), the film is produced by Jason Cloth and Dave Caplan’s C2 Motion Picture Group (“Babylon”). Principal photography is now underway in Vancouver, Canada. In “Longlegs,” FBI Agent Lee Harker (Monroe) is a gifted new recruit assigned to the unsolved case of an elusive serial killer (Cage). As the case takes complex turns, unearthing evidence of the occult, Harker discovers a personal connection to the merciless killer and must race against time to...
1 DAY AGO
Variety

“Aladdin” star Mena Massoud has revealed the first slate of projects out of his company Press Play Productions, which aims to bridge the gap between Hollywood and the Middle East and North Africa. With offices in Dubai and Los Angeles, Press Play was founded by Massoud and producing partner Ali Mashayekhi, who heads content development in North America. George Shehata oversees content development in the MENA region. Massoud, who is of Egyptian heritage, broke out playing Aladdin in Guy Ritchie’s live-action adaptation of the Disney film. His other credits include Prime Video’s “Hotel for the Holidays,” the animated feature “Lamya’s Poem” and...
20 HOURS AGO
Variety

Amazon is developing two new series set within the “Bosch” universe. Variety has learned that Amazon Studios is currently developing shows based on the Michael Connelly characters Jerry Edgar and Renee Ballard. Edgar was portrayed by Jamie Hector throughout the seven season run of “Bosch,” while Ballard has never been featured onscreen before. According to an individual with knowledge of the situation, Hector is poised to reprise the role of Edgar in the new show. The move to expand “Bosch” is not unexpected. The original series ran for seven seasons on Prime Video until 2021, making it the longest-running Amazon...
18 HOURS AGO
Variety

‘The Last of Us’ Episode 5 Will Land on HBO Max Early, Avoiding Super Bowl Competition

Episode 5 of “The Last of Us” will begin streaming on HBO Max on Friday, Feb. 10 at 9 p.m. ET, two days before the the series’ regularly scheduled Sunday night airing on HBO — which, on Feb. 12, coincides with the Super Bowl. A large fraction of viewership for HBO shows comes from streaming on HBO Max. In the case of “House of the Dragon,” which is the most recent comparable HBO series in terms of audience size, approximately two-thirds of viewers in the first night of each episode chose to stream rather than tuning in live. By giving those...
2 DAYS AGO
Variety

Kevin Costner’s Yellowstone will be coming to an end and the actor’s future with the show is up in the air, RadarOnline.com has learned. Earlier today, Deadline broke the story, Paramount + and Yellowstone creator Taylor Sheridan have come up with a plan to end Yellowstone. The parties have decided to launch a Matthew McConaughey-lead spin-off which will continue with the majority of the cast. Sources revealed that Costner has been refusing to commit to a lengthy shooting schedule. Deadline said that Costner originally had agreed to 65 days of shooting for the show. However, for the first part of...
1 DAY AGO
musictimes.com

Madonna graced the 2023 Grammy Awards stage on Sunday to present another singer's performance. However, she quickly shared a speech to the crowd and those watching from home. The "Material Girl" singer told everybody, "I'm here to give thanks to all the rebels out there, forging a new path and taking the heat for all of it."
1 DAY AGO
Variety

Sam Smith just outdid their recent “Saturday Night Live” performance with “Unholy” collaborator Kim Petras in a horror movie-inspired performance of the smash hit. Smith started the song in red leather, surround a fleet of dancers that evoked Samara from “The Ring,” before cutting to Petras dancing in a cage, flanked by some dominatrices wearing satanic headgear. Smith also donned a satanic top hat, as huge flames heated up the stage. Smith and Petras won the Grammy for best pop duo/group performance earlier in the evening, and Petras gave an emotional speech. “Sam graciously wanted me to accept this award because I’m...
LOS ANGELES, CA・2 DAYS AGO
The US Sun

AMERICA'S Got Talent magician Scott Alexander has died after suffering a stroke while working on a cruise ship. Scott's wife Jenny, who appeared on the reality TV show as his assistant, took to Instagram on Monday and informed fans about her husband's sudden death at the age of 52. Alongside...
PENNSYLVANIA STATE・21 HOURS AGO
CNN

Ashton Kutcher and Reese Witherspoon costar in a new romantic comedy, but their chemistry was not as evident in real life.
LOS ANGELES, CA・23 HOURS AGO
Variety

Backstage Grammys Footage Appears to Show Cardi B Breaking Up Alleged Migos Fight: ‘Both of Y’all Is Wrong!’

Amid reports of a disagreement between surviving Migos members Quavo and Offset that took place at the Grammy Awards on Sunday night, footage of Cardi B loudly attempting to break up a fight that night has emerged. Sources say the argument took place before Quavo’s performance during the show’s “In Memoriam” segment, during which he performed “Without You,” his tribute to bandmate and nephew Takeoff, who was fatally shot in Houston last November. While the backstage altercation was not caught on camera, Entertainment Tonight recorded audio of Cardi, who is married to Offset, yelling. “Both of y’all...
16 HOURS AGO
Variety

Ben Stiller is nearing a deal to star in a limited series adaptation of the documentary “Three Identical Strangers,” Variety has learned. The series hails from writer Amy Lippman with Sony Pictures Television producing along with SK Global and TriStar Television. Like the documentary, the series would focus on the true story of Bobby Shafran, David Kellman, and Eddy Galland — identical triplets who were separated at birth only to be reunited later in life. Stiller would star as the three adult brothers. Lippman would also serve as showrunner and executive producer on the series, with Stiller executive producing via...
1 DAY AGO
Variety

Classic British sitcom “Fawlty Towers” is being revived at Castle Rock Entertainment with original series writer and star John Cleese and his daughter Camilla Cleese set to write and star. Matthew George, Rob Reiner, Michele Reiner and Derrick Rossi are executive producing the series for Castle Rock Television, which is developing the project.  “Fawlty Towers,” written by John Cleese and Connie Booth, originally ran in two seasons of six episodes each that were broadcast on the BBC in 1975 and 1979.  The series followed the unfortunate exploits of Basil Fawlty (John Cleese) as he struggled to keep his hotel and marriage afloat....
19 HOURS AGO
Variety

A Plea to Hollywood After ‘80 for Brady’ Scores: Make More Fun Movies for Women!

What will it take to get older crowds back to movie theaters? It’s a question that’s been worrying the industry since the early days of the pandemic. Apparently, the answer is simple: unite four Hollywood icons in a feel-good film with a runtime that doesn’t test the bladder of audiences. Buzzing along at a brisk 98 minutes, Paramount’s octogenarian comedy “80 for Brady” touched down on the higher end of expectations with $12.5 million in its opening weekend, landing impressively in second place on box office charts. The film, starring Lily Tomlin, Jane Fonda, Rita Moreno and Sally Field as best friends...
1 DAY AGO
Variety

One of the most celebrity-studded ads in the Super Bowl won’t be from the Big Game’s usual roster of Madison Avenue moguls. Kevin Costner, Kelsey Grammer, Dan Aykroyd and a bevy of other notables are set to appear in a promo for Fox Nation, suggesting that the subscription-based streaming service is one of the more important business initiatives for Fox Corporation, the parent company of the Fox broadcast network, which will televise Super Bowl LVII this Sunday, and Fox News Media, which operates the broadband outlet. The company that owns the TV network broadcasting the Super Bowl gets to use several minutes...
1 DAY AGO
Variety

Kim Petras and Sam Smith’s chart-topping collaboration “Unholy” won the Grammy for best pop duo/group performance. Smith sat back while Petras accepted the award, giving her the spotlight as the first transgender woman to win in the category. Petras announced, “Sam graciously wanted me to accept this award because I’m the first transgender woman to win this award.” Her proclamation was met with an uproar of applause and a standing ovation from stars including Anitta and Taylor Swift. The “Unholy” singer continued, “I just want to thank all the incredible transgender legends before me who kicked these doors open before me...
2 DAYS AGO
Variety

The Most Pirated Film Titles of 2022 (Exclusive)

Note: This article is an expansion of Variety Intelligence Platform’s special report “The New Face of Content Piracy,” available exclusively to VIP+ subscribers. Tom Cruise may have ruled the box office in 2022, but Maverick was no match for the superheroes when it came to illicit film viewing last year. Exclusive data provided to Variety Intelligence Platform by piracy-focused research firm Muso measured 2022 activity across a wide range of piracy sites, including illegal streaming, torrent, web download and stream-ripping platforms. The results reveal that superhero films held a dominant share of illegal viewing in 2022, with Marvel and DC releases collectively accounting...
1 DAY AGO
Variety

Kevin Costner’s time with the hit Paramount series “Yellowstone” could be coming to an end. According to sources, Costner could potentially exit the series on which he has played John Dutton since it launched in 2018. The issue seems to be Costner’s shooting schedule, with Costner being available for fewer days as the show has progressed. Sources also say that discussions are underway for a new expansion of the “Yellowstone” franchise that would feature several characters from the mothership show with Matthew McConaughey in talks to star. “We have no news to report. Kevin Costner is a big part of Yellowstone...
TEXAS STATE・1 DAY AGO