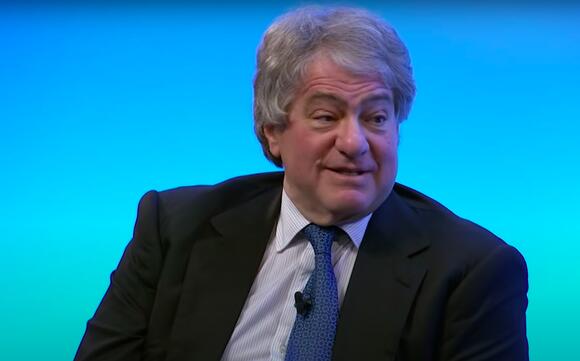 F ormer financier and Jeffrey Epstein associate Leon Black has been accused of raping a woman at Epstein's mansion back in 2002, according to a lawsuit filed Monday.

The woman, Cheri Pierson, claimed Black had physically overwhelmed her without her consent and caused "excruciating pain" when the two were together on the third floor of Epstein's home, according to court documents. The lawsuit from Pierson was filed in a New York state court in Manhattan and seeks unspecified damages from Black for sexual assault and intentional infliction of emotional distress and unspecified damages from Epstein's estate for negligence, according to Reuters .

“Black had the opportunity and the means to rape Ms. Pierson that day because their meeting was pre-arranged by his close friend and confidant, Epstein,” the lawsuit reads.

In 2002, Pierson was in desperate need of cash as a single mother and had already given Epstein five massages, getting $300 for each massage, according to court documents. Epstein then arranged for her to massage Black for $300, according to the documents.

Susan Estrich, a lawyer for Black, claimed the lawsuit is "categorically false and part of a scheme to extort money from Mr. Black by threatening to destroy his reputation. ... We intend to defeat these baseless claims."

Black had previously been accused of rape in a lawsuit filed in 2021, when Russian model Guzel Ganieva claimed Black had raped her and paid her to keep quiet about it. Black has denied Ganieva's allegations, calling their relationship a “consensual affair."

Pierson sued under New York's Adult Survivors Act, which went into effect on Thursday and gives sexual assault victims a one-year window to sue their alleged abusers. E. Jean Carroll, who has accused former President Donald Trump of raping her in the mid-1990s, filed a new lawsuit under the law on Thursday. Trump denied the claims.

A court date has been set.
NEW MEXICO STATE・2 DAYS AGO
WashingtonExaminer

Prosecutors have confirmed that a Republican city councilwoman was fatally shot in her car outside her New Jersey home on Wednesday night in what police believe was a planned attack.
SAYREVILLE, NJ・2 DAYS AGO
WashingtonExaminer