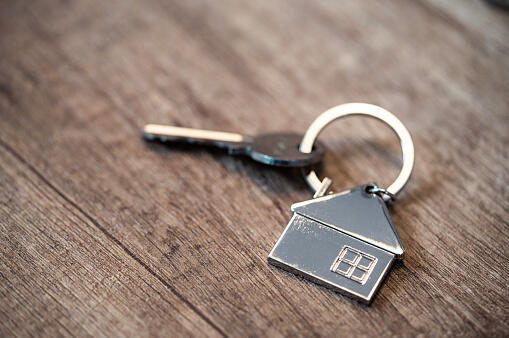 “The explosion of assessed valuations has presented some challenges,” Huston said.

“We have to be super careful obviously that the impact that that has on local governments and schools,” Bray said.

Several local officials in Indiana say they have concerns and would prefer the Statehouse look at cutting other taxes.

“Roughly 60, 68% of our revenues come from the property taxes, and so we’ve got police and fire and street employees,” said Dan Ridenour, the Republican mayor of Muncie.

Indiana sets statewide caps on property tax rates. Local governments can go beyond those limits, but they need approval from voters first.

Greenwood city controller Greg Wright says it’s not easy to get residents on board.

“If there’s no replacement revenues for them from some other source, then we would really have to start looking at cutting some services,” Wright said.

Speaker Huston told reporters Tuesday he understands the concerns local officials may have and said their input will be heard as lawmakers work on a plan.

“We’ll work with our local government partners to figure out how we can provide relief, how the state might be able to support that relief,” Huston said.

“I think we should leave that up to the local officials and let them handle property taxes at the local level,” Taylor said.

Lawmakers are still in the early stages of discussing this idea, and they’re not ruling out the potential for other tax cuts as well, Huston said. They’ll share a proposed plan when they return to the Statehouse in January.

Sales tax. At least on residential property, taxes need to go. Replace with sales tax. You catch the illegals that way too who aren't paying property nor income taxes

A real Novel idea ! Hi Tax Holcomb will veto any reductions….Another place that needs serious help is the cost of Licensing and Registering a motorcycle in Indiana … Equal to or greater than the cost to license a comparatively priced Toyota Camry isn’t the answer when one is useful 12 months and motorcycle is useful in Indiana 6-7 months max….LOGIC….None exist !

INDIANAPOLIS – Indiana is a step closer to allowing speed cameras in work zones. The proposal has been discussed for several years, but it’s the first time it ever got a vote in the full House, which passed the bill 70-28. Advocates say the measure would protect construction workers and drivers going through work zones. […]
INDIANA STATE・14 HOURS AGO
FOX59

This Indiana city is among the safest in America: report

When you’re thinking about moving to a new city, safety is probably one of the main factors you take into consideration. If Indiana is one of your top states to live in, you are in luck.
INDIANA STATE・1 DAY AGO
FOX59

INDIANAPOLIS – There’s much to discuss this week including the spy balloon shot down by the U.S. military, next week’s State of the Union address, and the looming fight over the debt ceiling. In the video above, our Washington bureau has the latest from the nation’s capital, plus an interview with transportation secretary Pete Buttigieg […]
INDIANA STATE・1 DAY AGO
FOX59

Powerball ticket worth $50,000 sold in Indiana

INDIANAPOLIS — A Hoosier had some luck in Saturday night’s $700 million Powerball drawing. One ticket sold at the Meijer at 6939 W. Broadway in McCordsville matched four out of five numbers plus the Powerball. That combination earns the ticket holder $50,000. The winning numbers are:  2-8-15-19-58 with the Powerball of 10. The Powerball jackpot grows […]
MCCORDSVILLE, IN・1 DAY AGO
FOX59

Congresswoman Victoria Spartz not running for office in 2024

A Congresswoman representing central Indiana is taking a step back from national politics.
INDIANA STATE・3 DAYS AGO
FOX59

INDIANAPOLIS — Some AES customers have told FOX59 their bills are double, sometimes triple, what they’re used to paying. Shannon Latham is one of those people. She said she was shocked when she opened up her heating and power bill for January. “I called my husband instantly and was like, ‘I cannot believe this but […]
INDIANA STATE・4 DAYS AGO
FOX59

INDIANAPOLIS – Hoosiers gathered at Monument Circle demanding change Saturday afternoon. “What do we want? Justice. When do we want it? Now,” chanted rally attendees. In the last two weeks, body camera footage was released of two black men dying after encounters with police: Tyre Nichols in Memphis and Herman Whitfield III in Indianapolis.  The […]
INDIANAPOLIS, IN・2 DAYS AGO
FOX59

HAMILTON COUNTY, Ind. – The husband of a missing Carmel woman is being extradited back to Indiana. The Hamilton County Sheriff’s Office confirmed that Xavier Breland would be returned to custody in Indiana, although law enforcement officials didn’t have a timeline or clarify the reason for his extradition. According to online court records, Hamilton County […]
CARMEL, IN・4 DAYS AGO
FOX59

Food sold at retail stores, vending machines and during travel is being recalled because it may get people sick.
CONNECTICUT STATE・19 HOURS AGO
FOX59

Can I be sued if snow from my car hits another car in Indiana?

In Indiana, drivers might wonder whether they can be sued if snow flying from their cars creates more hazardous driving conditions for others on the road.
INDIANA STATE・2 DAYS AGO
FOX59

Mild air moves in next week

INDIANAPOLIS – Gusty winds ushering in warm air out of the south will be in place over the next few days for Indiana. A warm south breeze Winds will be gusting over 30 mph at times over the next couple of days. However, this wind will be a hard push of warm air coming from […]
INDIANA STATE・2 DAYS AGO