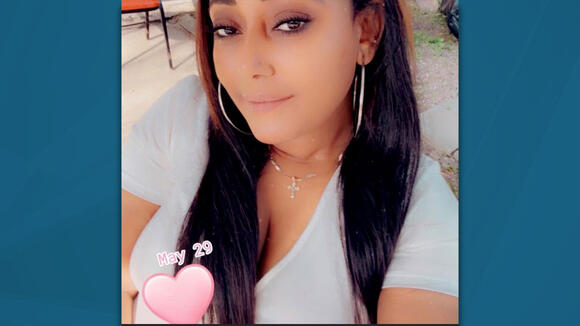 DEARBORN, Mich. ( WKRN ) — Michigan State Police have confirmed the person found deceased in the trunk of a car in Dearborn, Michigan on Sunday is a missing Tennessee mother missing for more than a week .

Eleni Kassa, 31, of Murfreesboro did not pick up her child from school on Nov. 17. Her family reported her missing the following day, Nov. 18.

Last week, the Murfreesboro Police Department issued a missing person alert for Kassa . According to a release from MPD, the missing person investigation revealed a possible domestic violence incident occurred with Kassa and her girlfriend, Dominique Hardwick, 36, following an argument at Kassa’s Murfreesboro apartment.

Kassa’s cell phone and car were left at the apartment. The two were believed to be traveling in Hardwick’s black Dodge Charger with Tennessee plates.

MSP stated Dearborn police received a hit from a license plate reader of a vehicle linked to a missing endangered case out of Murfreesboro. Authorities confirmed the vehicle was a black Dodge with Tennessee plates.

MSP tweeted that Dearborn officers attempted to stop the vehicle, but when officers approached the car the driver took off. After losing sight of the car, the chase was stopped; however, a short time later, officers responded to a crash at a residence involving that same Dodge. MSP reported officers heard a gunshot and officers returned fire .

According to MSP, the front-seat passenger, a 34-year-old woman, was injured in the crash and taken to the hospital. The driver, now identified as Hardwick, was found dead at the scene with a gunshot wound to the head. Police said Monday night that Hardwick’s autopsy results were “consistent with a self inflicted gunshot wound.” A 9mm Glock pistol was recovered from the vehicle.

Kassa’s body was discovered in the trunk of the vehicle with “trauma that was not a result from the crash.” As of Monday night, authorities say the circumstances surrounding her death haven’t been determined.

“Detectives are still interviewing witnesses, including the front seat passenger in the crash,” police wrote in a tweet .

Earlier on Monday, Kassa’s family told Nexstar’s WKRN they were bracing for the autopsy results to confirm if the body discovered was their loved one. They also wanted to thank law enforcement for all their hard work trying to locate Kassa.

Last week, Micky Ghirmay, Kassa’s brother, said he reported his younger sister missing after she didn’t pick up her six-year-old daughter from school on Nov. 17.

A GoFundMe account, which was originally created to help raise money to find Kassa, will now be used to care for her daughter.

“We just, we don’t want to be without her,” said Bini Habet, Kassa’s cousin.