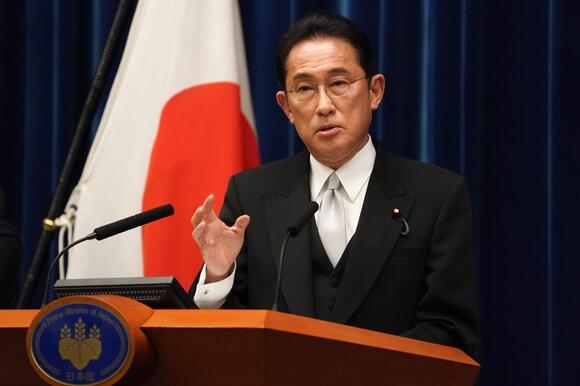 Tokyo, Nov 29 (SocialNews.XYZ) Japanese Prime Minister Fumio Kishida has required cabinet Ministers to increase Japan's defence budget to around 2 per cent of GDP in the fiscal year of 2027.

As Japan moves to expand its defence budget in the year starting April 2027, Kishida gave those instructions to Defence Minister Yasukazu Hamada and Finance Minister Shunichi Suzuki on Monday.

This is the first time that the Prime Minister has stated the specific level of defence costs, loc......

A RUSSIAN warship armed with “unstoppable” hypersonic missiles is sailing towards the US coast in a show of strength, reports claim. The guided missile frigate Admiral Gorshkov has been closely monitored by Nato navies on its maiden voyage armed with 6,670mph Zircon weapons. An unconfirmed Russian Telegram channel...
2 DAYS AGO
Insider

Here are the top 19 countries that aren't safe for US citizens to travel to, according to the US State Department

Countries deemed too dangerous for travel by the State Department are known for civil unrest, terrorist activity, and kidnappings.
2 DAYS AGO