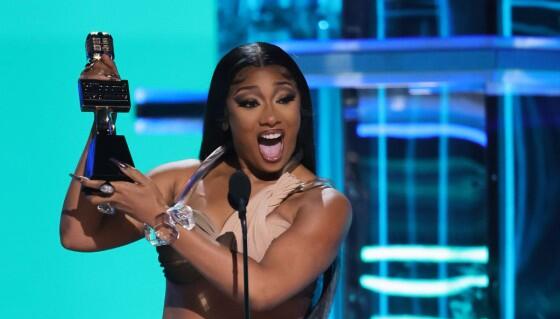 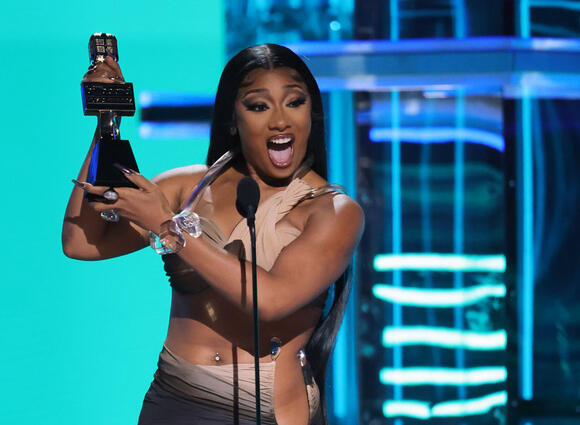 Megan Thee Stallion is on some “real hot girl s$@t.” The rapper made history as the first Black woman to cover the Forbes’s Under 30 Issue.

If “started from the bottom now we’re here” was a person, its identical twin would be Megan Thee Stallion. The Houston native recently sat down with Forbes Senior Writer Jabari Young to discuss her music, her grind, and most importantly, her budding empire.

After getting word from Young that she is the first to grace the Forbes Under 30 Issue cover as a Black woman, Megan chuckled and then let out an excited scream. “It’s really hard to be the first something in 2022, so ahhhhh,” stated Megan. Megan and Young discussed her latest album, Traumazine , and how this project forced her to confront some bottled-up emotions. “This album was really personal to me. This is like the first time I ever talked about things that I’m feeling or talked about things that I’m going through. So, it kind of made me nervous to write these songs. It makes me nervous to perform some of these songs. To be vulnerable can make me a little nervous sometimes,” said Megan.

When it comes to making dollars, Megan is no stranger. Hustling is in her DNA, and according to the WAP rapper, she’s just getting started. “I want to be bigger than just my music. I want people to know Megan as everything she ever wanted to be,” declared the artist. And just because she’s making bank and on her way to making lots more, Megan is being wise about her coins. One of the biggest lessons she’s learned about the business side of music is to “save your money,” she said. “I still haven’t made a stupid, crazy purchase. My jewelry is expensive, and my house was expensive, outside of that, I’m not buying 100 cars. Learn how to make your money work for you,” Megan remarked.

Jim Carrey is leaving behind the 12,704-square-foot place he used to call home, RadarOnline.com can confirm, listing his Los Angeles mansion for nearly $29 million as he welcomes life "changes."The sprawling five-bedroom and 7.5-bathroom property he listed boasts endless gorgeous views as it is set behind more than 280 feet of hedged frontage, located in the heart of Brentwood.Carey's longtime abode comes with a large courtyard patio and a chef's kitchen featuring bar seating, ample cabinetry, and top-of-the-line stainless steel appliances, all balanced by natural light thanks to its numerous windows.The listing details its contemporary interiors, including beamed ceilings with...
LOS ANGELES, CA・1 DAY AGO
thesource.com

Despite what Offset says, it appears something did happen backstage between him and Quavo. A new video from Entertainment Tonight captured Cardi B yelling at two unidentified people. “Both of y’all wrong! Both of y’all! This is not right!” Cardi said. “No b*tch, shut the f*ck up ’cause you shouldn’t...
1 DAY AGO
musictimes.com

Madonna graced the 2023 Grammy Awards stage on Sunday to present another singer's performance. However, she quickly shared a speech to the crowd and those watching from home. The "Material Girl" singer told everybody, "I'm here to give thanks to all the rebels out there, forging a new path and taking the heat for all of it."
2 DAYS AGO
News Breaking LIVE

Hollywood is mourning the loss of one of its own this week after news broke that legendary Oscar and Tony Award-nominated actress Melinda Dillon has died at the age of 83. Dillon reportedly died in the beginning of the year, but news of her death was not announced until recently.
1 DAY AGO
The US Sun

AMERICA'S Got Talent magician Scott Alexander has died after suffering a stroke while working on a cruise ship. Scott's wife Jenny, who appeared on the reality TV show as his assistant, took to Instagram on Monday and informed fans about her husband's sudden death at the age of 52. Alongside...
PENNSYLVANIA STATE・1 DAY AGO
Page Six

Amy Robach walked away from ABC with a better deal than T.J. Holmes

Amy Robach is the breadwinner in her new relationship with T.J. Holmes — at least as far as golden parachutes go. Insiders tell us the scandalous and newly unemployed lovebirds both got a nice severance package from ABC News after their affair blew up their jobs. But sources say that Robach walked away with an even bigger settlement than her beau. Specific details of the settlement remain a closely guarded secret. But another insider explained: “Amy’s been at ABC a lot longer and has a much bigger contract [than T.J.].” Robach joined the network in 2012, and Holmes, who has had a...
9 HOURS AGO
William

Jennifer Lopez Caught on Camera in Heated Exchange with Her Husband, Ben Affleck at the 2023 Grammy Awards

Following the release of a curious video showing Jennifer Lopez and her husband, Ben Affleck, sharing an awkward moment at the 2023 Grammy Awards, the couple once more became the subject of conversation.
1 DAY AGO