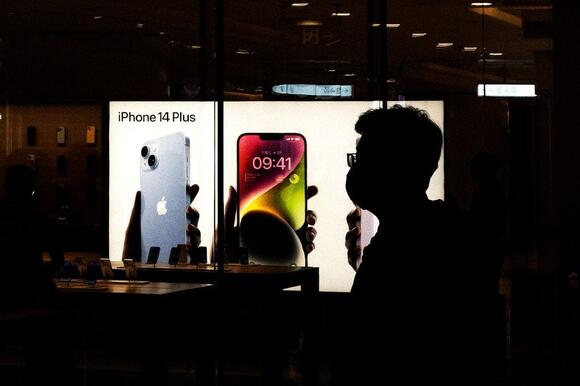 SAN FRANCISCO (KCBS RADIO) – Apple Inc. is facing mounting pressure to protect the reproductive health information of users in the wake of the Supreme Court overturning of Roe vs. Wade .

Backed by 10 other attorneys general , California AG Rob Bonta is working to get the tech company to protect the reproductive health information of its users from third-party apps.

After Roe vs. Wade was overturned this summer, Bonta has expressed concern that people’s private information could be weaponized against them when seeking reproductive care.

This is a particular concern for people living in the 14 states that have since restricted or banned abortion.

According to Ian Sherr, an Editor at Large for CNET, search histories and location data could be used against people trying to terminate a pregnancy.

"A lot of the technologies that we've relied upon for communication, for tracking our health – could suddenly be used as tools to actually prosecute people who have abortions against the state’s laws," said Sherr.

Apple has in the past taken steps to protect user privacy on its own health apps, but not third-party apps.

These are the apps, that sync with Apple health data or collect that data independently, that are especially concerning for Bonta.

In an emailed statement to KCBS Radio, Apple said that users can choose to share their health data with third-party apps that they trust.

“I think the first thing that should be said is that the speed with which the verdict was returned, I would say, was maybe universally surprising,” said Wilson Walker, KPIX-5 reporter, in an interview this week with KCBS.
2 DAYS AGO
KCBS News Radio

California Governor Gavin Newsom’s 2021 state policy that would have required all children in the state to be vaccinated against COVID-19 to attend schools has been reversed, state public health officials shared.
CALIFORNIA STATE・20 HOURS AGO
KCBS News Radio

The White House announced plans on Monday to end the public health emergency for COVID-19 policy transitions, introducing an opportunity for Americans to make their own coronavirus plan going forward.
CALIFORNIA STATE・6 DAYS AGO