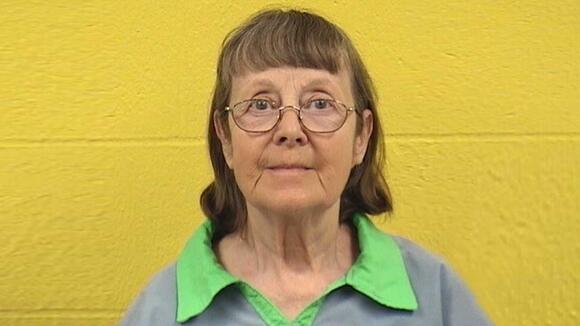 WARREN, Ohio (WKBN) – Trumbull County Prosecutor Dennis Watkins is once again opposing the release of a woman who was convicted of stabbing her husband to death and setting fire to their Vernon Township trailer that killed her child.

Morris Delgros almost escaped prosecution for the 1978 stabbing death of her husband, 41-year-old Donald Morris, and the arson that killed her 5-year-old child until the case was reopened in 1993.

Morris Delgros was 27 years old at the time of her husband’s and child’s deaths.

At first, investigators believed that Morris and the child were victims of an accidental fire until 15 years later when Trumbull County Sheriff’s Deputy Dan D’Annunzio reopened the case. There were some things that didn’t add up, such as the fact that fire investigators determined that the fire had three separate points of origin.

With the deaths ruled accidental, there were no autopsies.

Morris’ body was exhumed and the accidental death ruling was overturned after it was determined that he actually died from multiple stab wounds.

Morris Delgros had three children from a previous marriage in the mobile home she shared with her husband. She left the trailer fire with her 6-year-old child and an uncle who lived nearby was able to rescue her 9-year-old boy from the fire.

That 9-year-old boy, who was interviewed in a prison cell over a decade after the fire, told investigators while hooked up to a lie detector that he saw his mother argue with Morris, stab him multiple times and pour some liquid by the furnace and set the trailer on fire.

In addition, a severed ear was found outside the trailer but it was later discarded. It was discovered that Morris Delgros had dabbled in witchcraft and a book in the trailer described the ritual of cutting off human ears. A Trumbull County deputy reported noticing that Morris was missing his right ear when he viewed the charred body at Trumbull Memorial Hospital.

Morris Delgros had said that her husband died trying to rescue her and her children from a fire after the furnace exploded.

“As one of two prosecutors who tried this case in 1993, I know it well and will never forget Judith Morris Delgros’ demeanor and nonchalant carrying on with life after murdering her husband, setting a fire, and burning him to a crisp along with seeing her 5-year-son burn to death, too. Only by the grace of God did her 9-year-old son, who suffered second-degree burns, survive the fire by being rescued,” Watkins wrote.

Morris Delgros has a parole hearing next month. She has served 29 years of her life sentence.

She needs to stay in prison till she does!! Anybody that can do that to her family and needs to suffer in prison!! RIP to her hubby and son!!

A ceremony was held for the swearing-in of Judge Mark A Hanni on Saturday.
YOUNGSTOWN, OH・11 HOURS AGO
WKBN

Closing arguments have begun in an unusual case in a downtown Cleveland courtroom, where a couple is suing their neighbors for using a large pizza oven in their backyard.
CLEVELAND HEIGHTS, OH・2 DAYS AGO
WKBN

A large fire is is brewing from a home in Campbell Saturday afternoon.
CAMPBELL, OH・18 HOURS AGO
WKBN

As nearly 2,000 East Palestine residents are affected by a mandatory evacuation, others are under a shelter-in-place.
EAST PALESTINE, OH・11 HOURS AGO