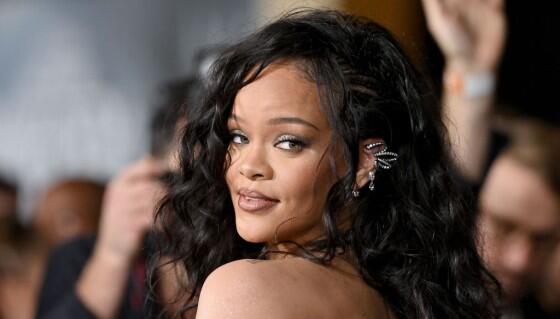 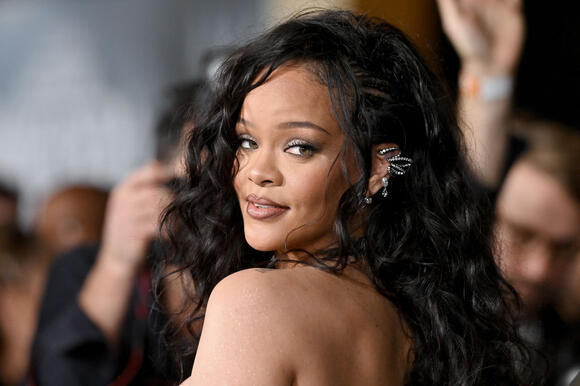 Rihanna and her beaux A$AP Rocky stepped out for a night of fun over the weekend in Barbados.

Donning long braids and a vintage red mini dress courtesy of Magda Butrym, the Bajan beauty was all smiles as she schmoozed about her hometown of Bridgetown with Rocky by her side. The beautiful dress featured big rose buds on the front of the ensemble. Rihanna’s chiseled legs could also be seen through the dress’ unique side cuts. For accessories, the Fenty Beauty CEO rocked a golden choker, colorful hair jewelry, and a Gucci by Tom Ford clutch.

Rocky opted for a casual date night look. The “Fashion Killa” rocked a Y Project X Jean-Paul Gaultier Shirt and Rick Owens shorts. The 34-year-old topped the look off with a bucket hat and Prada sneakers.

Several photos online captured Rih and Rocky attending a Beenie Man concert while they were out and about. The couple was granted backstage access, where they posed for a few pics alongside the Jamaican dancehall sensation.

In May, Rihanna and Rocky welcomed their first child together. It seems like the pair have a little bit more time to let their hair down now that they’ve settled into parenthood. A source recently told US Weekly that the couple might be “open” to having “more kids” in the near future.

“Having this family together has brought them so much closer, they are more loved up now than ever,” the source added.

Fans have eagerly awaited the duo’s adorable newborn, but that might not happen anytime soon, according to another close confidante.

“They’re being very private about their newborn out of concern for his safety and really just want to keep him away from the public eye for the time being,” the source added.

Since the birth of her son, Rihanna has been slowly stepping back into the music world after a long hiatus.

Earlier this month, the 34-year-old star released two new singles , “Lift Me Up” and “Born Again.” Both are featured on the Black Panther: Wakanda Forever soundtrack. She’s also scheduled to headline the 2023 Super Bowl.

Choosing a wedding dress is probably one of the most important tasks during the planification and organization of a wedding. The dress must be in harmony with the rest of the mood of the ceremony, and represent, to the greatest extent possible, the actual style of the bride. ...
2 DAYS AGO
INSIDE News

Jennifer Lopez and Marc Anthony have maintained a good friendship since they separated, and they do this for the well-being of the children they have in common. In addition, the ex-partner has always decided to support each other in any circumstance.
2 DAYS AGO
HollywoodLife

Leah Remini wasn’t at Jennifer Lopez‘s wedding to Ben Affleck last summer, which was shocking since Leah, 52, and J.Lo, 53, have been close friends for a very long time. But a recent wedding that Leah did make it to was J.Lo’s ex-husband, Marc Anthony, 54, and Nadia Ferreira‘s lavish nuptials in Miami on January 28. Leah, who has known Marc for a long, long time as well, showed off her glamorous look for the “I Need To Know” hitmaker’s special day on Instagram.
MIAMI, FL・19 HOURS AGO
Elvis Duran and the Morning Show

Wheel Of Fortune is no stranger to controversies that enrage fans. Recently, a player lost because she took too long of a pause, while another lost for adding an "a," and a different player lost for accidentally adding the word "and," and she wasn't the only one it happened to. Even Celebrity Wheel Of Fortune has seen issues, like when a contestant didn't pronounce a sound correctly. Meanwhile, the show has also been slammed for confusing puzzles, but even with all the debatable moments, no one appearing on the show has ever said anything about it... until now.
1 DAY AGO