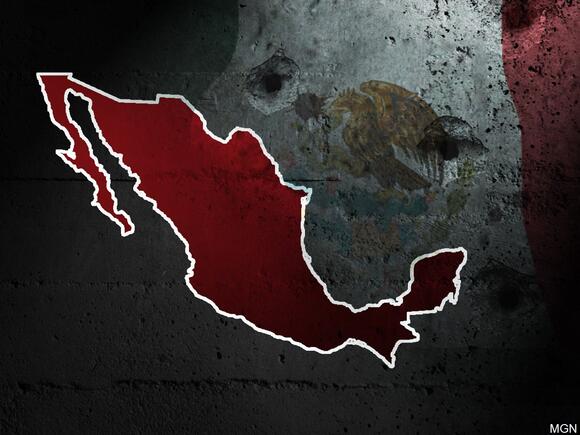 CIUDAD VICTORIA, Mexico (AP) — Gunfire broke out across the Mexican border city of Nuevo Laredo early Monday, prompting the cancellation of classes and an advisory from the U.S. Consulate to shelter in place.

President Andrés Manuel López Obrador said the shootings came in response to the arrest of a cartel leader, but did not elaborate. The city has long been dominated by the Northeast cartel, an offshoot of the old Zetas gang.

The U.S. Consulate in Nuevo Laredo canceled visa appointments for the day.

“There is an emergency situation in Nuevo Laredo following an arrest operation. Reports of gunfire in multiple locations in the city. Shelter in place and standby for further information,” the consulate said.

A military officer who was not authorized to be quoted by name said the suspect was a leader of the Northeast cartel’s infamous “Troops of Hell” squad of killers. That squad acts as an enforcement arm of the cartel and has often tangled with law enforcement and military forces.

The officer identified the detainee as Heriberto Rodríguez Hernández, known by his nickname “Negrolo” or “Negro 35.” Negro means Black in Spanish, but it is unclear if the nickname refers to his race.

Bus services stopped running, Mayor Carmen Lilia Canturosas reported, “due to the situation in the city.” She reported “risk situations at different points in the city.”

In videos posted on social media, bursts of gunfire could be heard in Nuevo Laredo in the pre-dawn hours.

By mid-day Monday, the mayor tweeted “the situation in the city is starting to normalize.”

Many cartels in Mexico react to the arrest of leading members by creating chaos, either to avoid the detention or transfer of suspects, or to pressure authorities to release them. López Obrador said the suspect had already been taken to Mexico City.

It was the second time this year that Nuevo Laredo has been hit by cartel violence after a capo’s arrest.

In March, gunfire and burning vehicles in Nuevo Laredo led U.S. officials to close the U.S. Consulate and briefly shut down border crossings into Laredo.

Those events in March followed the arrest of another leader of “The Troops of Hell,” Juan Gerardo Treviño, a nephew of imprisoned Zetas leader Miguel Angel Treviño.

that's crazy. the border is safe. there's no such thing as cartel who would shoot up a city over an arrest just on the other side. this has to be fake news. everyone who comes across that border is just looking for a peaceful place to call home. right? RIGHT? isn't that what DC keeps telling us? I really hope my sarcasm here is blatant

The Mexican government is investigating a driver allegedly caught smuggling 57 Guatemalan children to the border in the back of a cargo truck.
EL PASO, TX・4 DAYS AGO
ValleyCentral

The government of Mexico says it has arrested – and indicted – six people allegedly linked to the deadliest migrant smuggling case in U.S. history.
EL PASO, TX・15 HOURS AGO
ValleyCentral

PHARR, Texas (ValleyCentral) — A Pharr man was sentenced to 20 years in federal prison after conspiring to sell narcotics to an undercover DEA agent at a McDonald’s, authorities said. Paublo Rueben, 41, pleaded guilty to his charges July 27, 2022, according to a news release from the U.S. Attorney’s Office Southern District of Texas. […]
PHARR, TX・5 DAYS AGO
ValleyCentral

EL PASO, Texas (Border Report) — A woman allegedly pretended to be a federal immigration employee and defrauded at least 20 people out of thousands of dollars by promising to process their applications. Ana Hernandez, 53, has been charged with 10 counts of wire fraud and one count of impersonating an employee of the United […]
EL PASO, TX・1 DAY AGO
ValleyCentral

MISSION, Texas (ValleyCentral) — A Pharr man was sentenced Wednesday after a deadly 2021 shooting at a drive-thru in Mission. Juan Jose Treviño, was ordered to serve 35 years in state jail on a charge of murder, according to Hidalgo County records. On Friday, Oct. 29, deputies with the Hidalgo County Sheriff’s Office responded to […]
MISSION, TX・5 DAYS AGO
ValleyCentral

BROWNSVILLE, Texas (ValleyCentral) — A man has been accused of stealing a car and several alcoholic beverages and then allegedly threatening store clerks with a knife attached to brass knuckles, police said. Victor Almarez, 23, was arrested at 12:36 a.m. Jan. 26 at 2700 block of US Highway 77 parking lot on the charges of […]
BROWNSVILLE, TX・17 HOURS AGO
ValleyCentral

CCSO: Man attempted to cross to Mexico with stolen vehicle

BROWNSVILLE, Texas (ValleyCentral) — A man was taken into custody after allegedly attempting to cross to Mexico with a stolen vehicle, Cameron County Sheriffs said. Harley Nunez, 30, was arrested on Jan. 27 at the Gateway International Bridge on charges of theft of motor vehicle, according to a news release from Cameron County Sheriff Eric […]
CAMERON COUNTY, TX・3 DAYS AGO
ValleyCentral

Teen driving over 100 mph on the wrong side of the road: ‘I was going to Stripes’

OLMITO, Texas (ValleyCentral) — A man arrested for driving over 100 mph during a pursuit told police he had “no excuse for driving that fast.” Eloy Garcia, 18, was arrested on charges of reckless driving and evading arrest with a motor vehicle, according to a release from Cameron County Sheriff, Eric Garza. On Sunday, deputies […]
OLMITO, TX・1 DAY AGO
ValleyCentral

Would-be thief gave up in the middle of job, Brownsville police say

BROWNSVILLE, Texas (ValleyCentral) — A man allegedly caught on camera trying to steal a car part before giving up in the middle of the job is wanted by the Brownsville Police Department. On Friday, Brownsville police posted a video of the man in an apparent attempt to steal the car part from a truck parked […]
BROWNSVILLE, TX・4 DAYS AGO
ValleyCentral

Man bought puppy at flea market then left it in a hot car, McAllen police say

McALLEN, Texas (ValleyCentral) — A man has been arrested on an animal cruelty charge after an officer rescued a puppy from a hot car, according to the McAllen Police Department. Miguel Angel Moya was arrested Jan. 18 on a charge of cruelty to a non-livestock animal, according to Hidalgo County Jail records. According to a […]
MCALLEN, TX・5 DAYS AGO
ValleyCentral

MISSION, Texas (ValleyCentral) — A California man has been sentenced for his role in a 2017 murder case in Mission. Benjamin Chavez Sanchez was sentenced Tusday to 30 years in state jail after pleading guilty to a charge of murder, according to Hidalgo County Jail records. According to previous ValleyCentral reports, on Nov. 8, 2017, […]
MISSION, TX・18 HOURS AGO
ValleyCentral

HIDALGO, Texas (ValleyCentral) — U.S. Customs and Border Protection arrested a woman Sunday after attempting to smuggle undocumented minors through a United States port of entry. On Jan. 29, a 22-year-old U.S. citizen woman accompanied by three minor children was traveling from Mexico to the Hidalgo International Bridge, according to a press release from CBP. […]
HIDALGO, TX・1 DAY AGO
ValleyCentral

MCALLEN, Texas (ValleyCentral) — McAllen police are investigating the death of a child, authorities say. At 6:10 a.m. Monday, McAllen police responded to a residence at the 2200 block of Hackberry Avenue where they discovered the child, according to Lt. Joel Morales with the McAllen Police Department. Morales told ValleyCentral no additional information would be […]
MCALLEN, TX・1 DAY AGO
ValleyCentral

Police: Man tried to stab someone with a screwdriver at home

WESLACO, Texas (ValleyCentral) — A man has been taken into custody for allegedly attempting to stab someone in his household with a screwdriver after argument over a text message, according to the Weslaco Police Department. Valentin Garcia-Berezaluce was arrested Jan. 22 and charged with aggravated assault with deadly weapon family violence and assault causing bodily […]
WESLACO, TX・19 HOURS AGO
ValleyCentral

BROWNSVILLE, Texas (ValleyCentral) — A wanted man was taken into custody at the International Bridge in Brownsville, deputies said. Humberto Velasquez, 48, was arrested on Jan. 27 at the Gateway International Bridge on charges of an outstanding warrant of criminal non-support from Nacogdoches County, according to a news release from Cameron County Sheriff Eric Garza. […]
BROWNSVILLE, TX・3 DAYS AGO
ValleyCentral

BROWNSVILLE, Texas (ValleyCentral) — A man was taken into custody after refusing to stop during a traffic stop, deputies said. Hernando Gonzalez Jr. was arrested on Jan. 23 on charges of evading arrest with vehicle and possession of controlled substance, according to a news release by Cameron County Sheriff Eric Garza. A deputy attempted to […]
CAMERON COUNTY, TX・2 DAYS AGO
ValleyCentral

BROWNSVILLE, Texas (ValleyCentral) — A man accused of breaking into a woman’s room will face additional charges after allegedly shoving a jailer and attempting to take his weapon, according to the Cameron County Sheriff’s Office. Michael Lee Zuniga was arrested this week on two counts of burglary of a habitation, assault on a public servant […]
CAMERON COUNTY, TX・18 HOURS AGO
ValleyCentral

MISSION, Texas (ValleyCentral) — The Mission Police Department has confirmed an investigation is underway after multiple sources told ValleyCentral that a fetus was found in a pipe. According to information obtained by ValleyCentral, a plumber was working to unclog a pipe when he found the remains at apartments on the 400 block of San Antonio […]
MISSION, TX・19 HOURS AGO