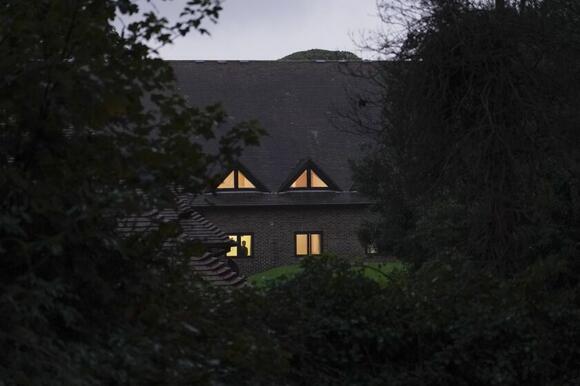 British health authorities have recorded 50 cases of diphtheria this year among recently arrived asylum seekers, including one man who died after falling sick at a crowded migrant center.

The U.K. Health Protection Agency said Monday that the infected people likely caught the disease in their countries of origin or during their journeys to the U.K. It said a similar increase had been seen elsewhere in Europe.

In 2021 there were 11 cases in the U.K., where most people are vaccinated against diphtheria in childhood. The infection affects the nose, throat and sometimes skin and can be fatal if not treated quickly.

The outbreak comes amid criticism of the government over accommodation conditions for people who arrive in the U.K. across the English Channel in small boats. Many have been held for days or weeks at Manston, a disused airport in southeast England serving as a processing center. At one point last month more than 4,000 people were staying at the facility, designed to hold a maximum of 1,600.

Earlier this month a man staying at Manston became sick and later died in hospital. A PCR test for diphtheria was positive, though immigration minister Robert Jenrick said authorities were awaiting post-mortem results to determine the cause of death.

Thousands of migrants from around the world travel to northern France each year in hopes of crossing the Channel to Britain. There has been a sharp increase in the number of people attempting the journey in dinghies and other small craft as authorities have clamped down on other routes such as stowing away on buses or trucks.

In an attempt to deter the crossings, Britain’s government has announced a controversial plan to put people who arrive in small boats on a one-way flight to Rwanda in a bid to break the business model of smuggling gangs.

Critics say the plan is immoral and impractical. It is being challenged in the courts.

The sheer scale of the devastation of the earthquake and its aftershocks can be seen in social media photos and videos posted by people in Turkey and Syria. Eyewitnesses have also been speaking about what happened. BBC News has been pulling together and verifying information. The tremors of the main...
2 DAYS AGO
Business Insider

China's Foreign Ministry said the craft was a lost civilian balloon, the same explanation it gave for a suspected spy balloon that drifted over the US.
NORTH CAROLINA STATE・1 DAY AGO
CNN

As the new year got underway in China, hopes appeared to be running high that an easing of tensions with the United States could unfold in the months ahead.
1 DAY AGO
Benzinga

Putin Ally Challenges Ukraine's Zelenskyy For Aerial Duel: 'If You Have The Will, We Will Meet In The Skies'

The head of Russia’s mercenary group Wagner challenged Ukrainian President Volodymyr Zelenskyy for an aerial duel over Bakhmut. What Happened: Yevgeny Prigozhin, on Monday, shared a cockpit video and said he was on a fighter jet that had bombed Bakhmut — which has turned into an epicenter of fighting in eastern Ukraine.
1 DAY AGO
Newsweek

Ukraine's armed forces said on Tuesday that more than 1,000 Russian troops had been killed over the previous 24 hours.
1 DAY AGO
San Diego Union-Tribune

As U.S.-China relations cool amid trade disputes and espionage fears stoked by the Chinese spy balloon shot down off the Atlantic Coast, lawmakers in Congress and at least 11 statehouses are weighing legislation to further limit foreign ownership of farmland
MONTANA STATE・3 HOURS AGO
San Diego Union-Tribune

Uganda blocks operations of UN rights office in the country

Ugandan authorities say they will not renew the mandate of the United Nations human rights office in the East African country, effectively blocking the group's operations at a time of heightened concerns over rights abuses
7 HOURS AGO
San Diego Union-Tribune

With the death toll climbing after the deadliest earthquake in over a decade brought massive destruction to parts of Turkey and Syria, rescue crews are holding fast to an increasingly slim hope of finding survivors.
4 HOURS AGO
San Diego Union-Tribune

Turkey's president is vowing to have all debris removed and homes rebuilt within a year in the 10 provinces of his country that badly affected by this week's 7.8 magnitude earthquake
2 HOURS AGO
San Diego Union-Tribune

IEA: Asia set to use half of world's electricity by 2025

Svitolina calls for Russians to be banned from Olympics