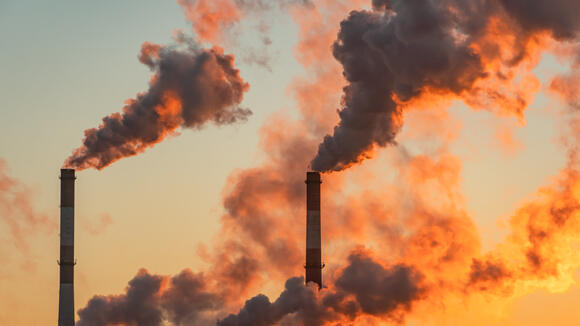 Chronic exposure to air pollution may weaken your immune system as you get older, according to a new study published in the journal Nature Medicine . Researchers from Columbia University examined lung lymph node tissue from 84 deceased donors between the ages of 11 and 93, all of whom were non-smokers, to find out why older adults tend to be more prone to suffering from COVID-19, the flu, and other lung infections (via WebMD ).

While weakened immune systems in older adults have long been seen as a natural part of aging, researchers set out to determine whether or not environmental pollutants may have played a role in this immune function deterioration. The study's results found that inhaled particles from airborne pollutants accumulated in the immune cells of the lungs' lymph nodes over time, weakening the immune cells' ability to fight off respiratory infections. Compared to the tissue samples collected from children and teenagers, the lung lymph nodes of older adults appeared black in color instead of beige and were full of air pollution particles. 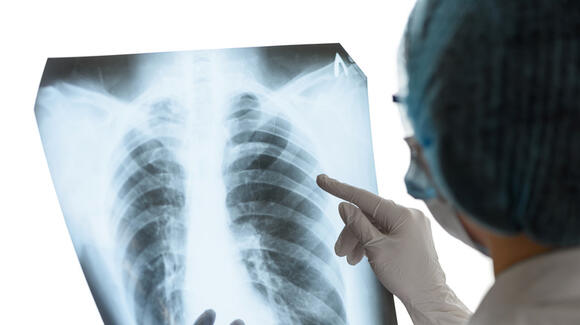 According to Donna Farber, PhD, a professor at Columbia University and the lead author of the study, the immune cell samples of older adults were "choked with particulates and could not perform essential functions that help defend us against pathogens," per New Atlas . These particulates were located inside a group of immune cells known as macrophages, which are responsible for getting rid of dead cells and destroying bacteria, viruses, and other potentially harmful substances (via Columbia University ). Chronic exposure to pollutants, however, can impair their ability to function properly and fight off pathogens.

As a result, the study's findings suggest that air pollution particulates can accumulate in your lungs and weaken your immune system as you age, Columbia University states. While further research is still needed to study the full impact that air pollution has on the lung's immune cells, Farber says that "pollution undoubtedly plays a role in creating more dangerous respiratory infections in elderly individuals and is another reason to continue the work in improving air quality."

Read this next: Surprising Ways Your Body Changes As You Get Older

What Are The Most Common Causes Of Cellulitis?

Cellulitis can cause discomfort in a variety of ways. Therefore, getting to the cause of the problem will eventually be beneficial in the long run.
6 DAYS AGO
Health Digest

Insomnia affects up to 50% of Americans. While many use sleeping pills to combat insomnia, a new study suggests they may be linked with dementia.
5 DAYS AGO
Health Digest

Warning Signs From Your Appendix That You Shouldn't Ignore

You probably don't think about your appendix until something goes wrong -- and if you have a problem, these symptoms may clue you in.
2 DAYS AGO
Health Digest

How Can You Treat Your Pink Eye At Home?

Pink eye, also known as conjunctivitis, is a common eye condition that affects millions of Americans every year. Here's how you can treat it at home.
4 DAYS AGO
Health Digest

Potential Side Effects Of Hydroxyzine

The most common side effects of hydroxyzine are drowsiness, dry mouth, and blurred vision. These side effects can be exacerbated in the elderly and children.
4 DAYS AGO
Health Digest

What's The Difference Between A Total And A Partial Hysterectomy?

Depending on the condition, there are two main types of hysterectomy: total and partial. Here are the differences between the two procedures.
2 DAYS AGO
Health Digest

In case you ever find yourself intervening on behalf of an adult or child who has eaten a poisonous mushroom, it's important to know what to do.
5 DAYS AGO
Health Digest

In the United States today, nearly 20% of the population over 18 suffer from anxiety. Luckily, sound wave therapy could help reduce feelings of anxiety.
2 DAYS AGO
Health Digest

What To Expect After A Coronary Artery Bypass, According To A Heart Specialist

When You Eat Oats Every Day, This Is What Happens To You

Oats are a cereal grain that can provide a number of health benefits if consumed regularly. Here's everything you need to know.
1 DAY AGO
Health Digest

What To Eat When You Have A Sore Throat

In an interview with Heath Digest, Inna A. Husain, medical director of Laryngology Community Hospital Munster, shares what to eat when you have a sore throat.
2 DAYS AGO
Health Digest

Study Shows Antidepressants Are Not Always The Answer To Chronic Pain

There are a variety of treatments available for chronic pain, but one that may not be as effective as previously believed is the use of antidepressants.
23 HOURS AGO
Health Digest

Migraine Hangover: What Is It And How Do You Prevent It?

For some people, migraine symptoms don't just last for the duration of the headache, but follow them into the next day, a condition known as migraine hangover.
19 HOURS AGO
Health Digest

Are Your Bones And Teeth At Risk If You Have Sleep Apnea?

Up to 30% of individuals in the U.S. are said to experience sleep apnea. But is it putting your bones and teeth at risk if you have this condition?
1 DAY AGO
Health Digest

While the sun may help in terms of obtaining vitamin D, now experts are elaborating on using the vitamin to reduce the risk of suicide attempts and self-harm.
4 DAYS AGO
Health Digest

Can Diarrhea Cause Severe Dehydration?

There are a number of signs that can indicate that you're dehydrated. However, many are wondering if diarrhea could lead to severe dehydration.
1 DAY AGO
Health Digest

How Can You Prevent Sleep Paralysis?

While experts note that there is no proven method of treating sleep paralysis, there are steps you can take to help prevent episodes from happening.
3 DAYS AGO
Health Digest

How Much Protein Is Too Much? A Nutrition Expert Weighs In

In an exclusive interview, a registered dietician explains how much protein you should be eating every day and what happens if you eat too much.
3 DAYS AGO
Health Digest

What Experts Are Saying About The Extended Shortage Of ADHD Medications

More patients have sought out ADHD treatment since the start of lockdown, which has resulted in a nationwide shortage of Adderall. Here's what you should know.
1 DAY AGO
Health Digest

When Should You Seek Medical Attention For Cellulitis?

Cellulitis is a bacterial skin infection that affects the skin's deeper layers. It is typically caused by bacteria, such as staphylococcus aureus.
4 DAYS AGO