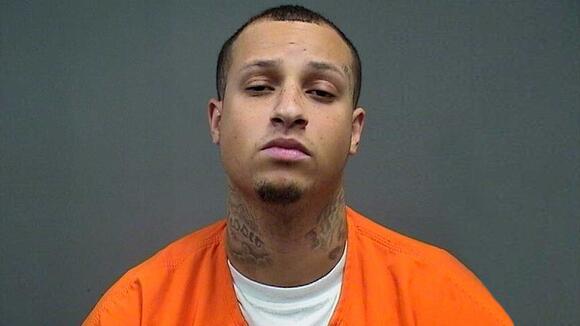 YOUNGSTOWN, Ohio (WKBN) — A man accused of assaulting a fellow resident Saturday at the Community Corrections Association is expected to be arraigned later Monday in municipal court.

Justin Gerber, 28, has been in the Mahoning County Jail since he was arrested at about 11:50 p.m. Saturday at the main CCA facility at 1608 Market St.

A charge of assault, a first-degree misdemeanor, was filed against him Monday.

Reports said a man at the facility told police that he was in his bed when Gerber came in and started beating him with a shelf he ripped off a wall.

The man had severe cuts on his wrists and forearms from trying to shield his face. The man said Gerber also hit him with a chair.

The man told police that he had no idea why Gerber was attacking him. He was taken by ambulance to St. Elizabeth Health Center for treatment.

Court records do not show why Gerber was placed in CCA.

A ceremony was held for the swearing-in of Judge Mark A Hanni on Saturday.
YOUNGSTOWN, OH・12 HOURS AGO
WKBN

There was a large police presence in Warren early Sunday morning.
WARREN, OH・14 MINUTES AGO
WKBN

Closing arguments have begun in an unusual case in a downtown Cleveland courtroom, where a couple is suing their neighbors for using a large pizza oven in their backyard.
CLEVELAND HEIGHTS, OH・2 DAYS AGO
WKBN

As nearly 2,000 East Palestine residents are affected by a mandatory evacuation, others are under a shelter-in-place.
EAST PALESTINE, OH・11 HOURS AGO
WKBN

A large fire is is brewing from a home in Campbell Saturday afternoon.
CAMPBELL, OH・19 HOURS AGO