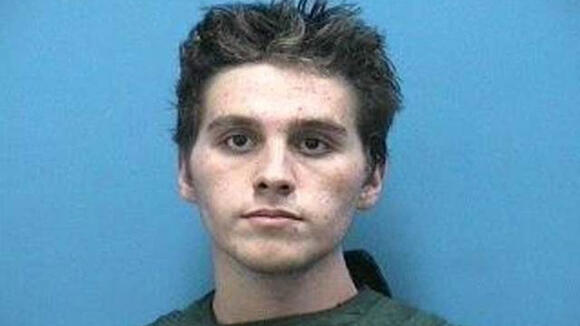 STUART, Fla. (AP) — A judge accepted a plea deal Monday for a man who randomly killed a Florida couple in their garage six years ago and then chewed on one victim’s face that will send him to a mental hospital for treatment.

Austin Harrouff, 25, pleaded not guilty by reason of insanity to two counts of first-degree murder and other charges for the 2016 slayings of John Stevens, 59, and his wife, Michelle Mishcon Stevens, 53.

The agreement worked out between the defense and prosecution avoids a trial that had been scheduled to start Monday before Circuit Judge Sherwood Bauer and had been expected to last three weeks.

Harrouff will be committed to a secure mental health facility until doctors and a judge agree that he is no longer dangerous. If the trial had gone forward, Harrouff could have faced life in prison.

A number of family members of the slain couple expressed anger at the decision and made victim impact statements directed at Harrouff, his family, the defense team and prosecutors.

The judge said Harrouff will remain in the Martin County Jail until he is taken to a secure mental health facility monitored by the Florida Department of Children and Families. Bauer said he will not be allowed to leave the facility without a court order.

THIS IS A BREAKING NEWS UPDATE. AP’s earlier story follows below.

FORT LAUDERDALE, Fla. (AP) — A trial for a former college student who randomly killed a Florida couple in their garage six years ago and then chewed on one victim’s face was set to begin Monday.

Circuit Judge Sherwood Bauer will decide whether Austin Harrouff, 25, goes to prison for the rest of his life, or to a mental hospital. Harrouff waived a jury trial after pleading not guilty by reason of insanity to two counts of first-degree murder and other charges for the 2016 slayings of John Stevens, 59, and his wife, Michelle Mishcon Stevens, 53. He also seriously injured a neighbor who tried to help them.

The trial for the former Florida State University student has been delayed by the pandemic, legal wrangling and Harrouff’s recovery from critical injuries suffered while drinking a chemical during the attack. It is being held in Stuart, north of West Palm Beach, and is expected to last about three weeks.

Defendants are presumed sane under Florida law, meaning that Harrouff must show he had a severe mental breakdown that prevented him from understanding actions or that they were even wrong by “clear and convincing” evidence.

He has claimed he was fleeing a demon when the attack happened.

If the judge agrees he was insane, Harrouff will be committed to a secure mental hospital until doctors and a judge agree that he is no longer dangerous. Craig Trocino, a University of Miami law professor, said it would effectively be a life sentence because “it’s highly unlikely” that they would risk releasing a killer as notorious as Harrouff.

If convicted, Harrouff will be sentenced to life in prison without the possibility of parole; prosecutors waived the death penalty.

Harrouff’s parents, who are divorced, and others said he had acted strangely for weeks. His parents had set up an appointment for him to be evaluated, but the attack occurred first.

NO WAY!! he literally ate their face! He is and will always be a threat to the society!!!! No justice has been delivered for this couple

This DUDE could’ve been on drugs & drugs ATRE A CHOICE…..Anyone has an excuse for crimes but justice should NOT be taking EXCUSES for lesser sentencing

They should have restricted the insanity defense to aware of what he was doing. Maybe a 1 minute rule. If you are still doing bodily harm after 1minute you are not insane.

BIRMINGHAM, Ala. (WIAT) — Nearly a year after her body was found in a barn in Alabama, Cassie Carli’s ex-boyfriend has been indicted on charges of allegedly kidnapping her. On Tuesday, a federal grand jury indicted Marcus Spanevelo on kidnapping charges, alleging that he “knowingly used a means, facility, and instrumentality of interstate and foreign […]
ALABAMA STATE・1 DAY AGO
WFLA

The woman admitted to making the ricin in her Quebec home and mailing it to then-President Trump and eight Texas law enforcement officials in 2020.
TEXAS STATE・1 DAY AGO
WFLA

Is it better to rent or buy a home right now?
FLORIDA STATE・17 HOURS AGO
WFLA

The Center for Biological Diversity sued the U.S. Fish and Wildlife Service on Thursday in an attempt to protect a snake that resides in the Sunshine State.
FLORIDA STATE・20 HOURS AGO
WFLA

A Florida woman is facing federal charges after authorities said she swindled a Holocaust survivor out of millions, according to reports.
FLORIDA STATE・1 DAY AGO
WFLA

TAMPA, Fla. (WFLA)–Senate Democratic Leader Lauren Book is reintroducing a bill for the third year in a row. It would ban Florida attorneys from using what’s known as the “gay/trans panic defense.” “I think we’re living in a time where people think things like this don’t happen, but they do in fact happen,” said Leader […]
FLORIDA STATE・1 DAY AGO
WFLA

The Florida State Fair has implemented a youth policy for minors who want to attend during the evening hours.
TAMPA, FL・2 HOURS AGO
WFLA

The Biden Administration released new data showing over one million people applied for federal student debt relief in Florida before the program was blocked by the courts last year.
FLORIDA STATE・6 HOURS AGO
WFLA

Attorney Ben Crump discussed a planned lawsuit against Ron DeSantis for rejection of an AP African American Studies course. However, the suit will not be filed yet, pending revisions to the rejected program.
FLORIDA STATE・2 DAYS AGO
WFLA

Coast Guard searches for missing diver off coast of Florida

The U.S. Coast Guard said it is looking for a diver who went missing off the southeast coast of Florida.
FLORIDA STATE・1 HOUR AGO
WFLA

A young alligator found inside a plastic storage bin, abandoned in a New Jersey parking lot, has found a new home in Tampa.
TAMPA, FL・2 DAYS AGO
WFLA

ST. PETERSBURG, Fla. (WFLA) — A St. Petersburg restaurant was among 14 Florida restaurants recognized in Yelp’s “Top 100 Places to Eat” in 2023. Yelp ranked Uptown Eats in downtown St. Pete at number 21. At Uptown Eats, diners can fill up on a Gouda Cheddar Grits bowl, the Hot Hot Heat sandwich or the […]
SAINT PETERSBURG, FL・16 HOURS AGO
WFLA

Every state in the country is coming up with solutions to combat the teacher shortage.
ARIZONA STATE・6 HOURS AGO
WFLA

A bill recently filed in the Florida Senate seeks to penalize drivers who "continuously" travel in the left-hand lane without the intent to pass.
FLORIDA STATE・1 HOUR AGO
WFLA

TAMPA, Fla. (WFLA) — One lucky Florida man credited another person’s behavior for winning a $1 million prize playing the 500X the Cash scratch-off lottery game. “It was the end of a long day, and I was tired,” said 43-year-old Delray Beach resident, Stephen Munoz Espinoza. “I stopped at Publix and was about to buy […]
DELRAY BEACH, FL・1 DAY AGO