Bijani: What voice will Texans locker room listen to? 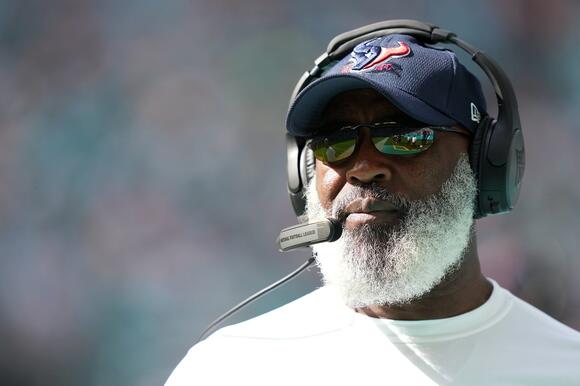 The Texans proved once again, you can absolutely trust what your eyes are seeing.

And it could still get worse.

What should’ve been most telling Sunday afternoon, was that there’s not one player in the building that will give them a better chance to win than the other.

Second-year quarterback Davis Mills was benched last week for fifth-year back up Kyle Allen to spark the offense, who did no such thing in the 30-15 loss to the Dolphins Sunday.

It was another pitiful first half of play.

After two quarters, the Texans found themselves in a 30-0 hole. The Texans (1-9-1) controlled the ball for less than 13 minutes and managed just 32 yards on 25 plays

Just for fun, here are the last three first halves from the Texans and the results:

Sunday afternoon at Hard Rock Stadium in Miami, Dolphins quarterback Tua Tagovailoa threw for 278 yards in the first half alone.

That’s more than double the total yards of offense the Texans have managed in the first half of their last three games combined.

Just remember that it is.

The question after the latest loss is what message will echo louder in the locker room.

The one you’re hearing from Brandin Cooks or a delusional Lovie Smith?

While Texans receiver Brandin Cooks was keeping it real, Lovie Smith wanted to talk about the positives following another embarrassing loss.

“With everything that happened, we can at least at the end feel like we got, we made progress,” Smith said after the game. “We understand what the record is. It don't really matter unless you get a win. And we didn't get that. But we have to find things to build on right now.”

Building is what general manager Nick Caserio is going to be tasked with continuing this offseason.

Meanwhile, Cooks was hotter than bacon grease after the Dolphins thumped the Texans Sunday afternoon.

It is going to be interesting to see the type of attitude the team takes going forward.

Going through tough times as the Texans have the past few weeks can test a locker room.

Unrest in the locker room by one of your best players, both of the team's top two receivers missing games, a quarterback change and embarrassing performances piling up.

Smith could get by with the, "hey, we kept it close and had a chance late" spiel earlier in the season.

It’s going to become increasingly more difficult to get players to pull in the same direction instead of playing as individuals the final six weeks.

It’s a lose-lose for a staff when the organization is tanking and in the midst of a rebuild, but players want to win and many of those young, inexperienced players aren’t used to losing so much.

“Going into half, what was it? 30-0? So you could point to a lot of things, but I’m talking about looking in the mirror, look at myself, players look at themselves, coaches look at themselves and see where we can get better and help our quarterback,” Cooks said. “And I say help our quarterback because that’s the person that always particularly gets a lot of the blame, but everybody else has a part in that.”

It’s hard to imagine Cooks didn’t have Pep Hamilton at the forefront of his mind when making those remarks Sunday afternoon.

Meanwhile, the Texans ever confident rookie running back, Dameon Pierce continues to stay positive despite a second consecutive game of managing less than 10 yards rushing.

“It’s just something we’re in the dump with right now,” Pierce said. “But we’re going to figure something out and we’re going to get our thing back on track and going where we need to be moving forward.”

Cooks saw nothing to take solace in.

Shaun Bijani has spent the last 16 years covering the Houston sports scene for SportsRadio 610. Follow him on Twitter @ShaunBijani .

When the Cincinnati Bengals take on the Kansas City Chiefs in the AFC title game on Sunday night, they’ll be doing it without three of their starting offensive linemen as La’el Collins, Alex Cappa and Jonah Williams will all be sidelined from the game with injuries. The three...
CINCINNATI, OH・1 DAY AGO
610AM Sports Radio

If the Texans want to hire Ryans, they should hope Walton and Penner handle the negotiations like their Walmart slogan says: “Save Money, Live Better.”
DENVER, CO・2 DAYS AGO
The Big Lead