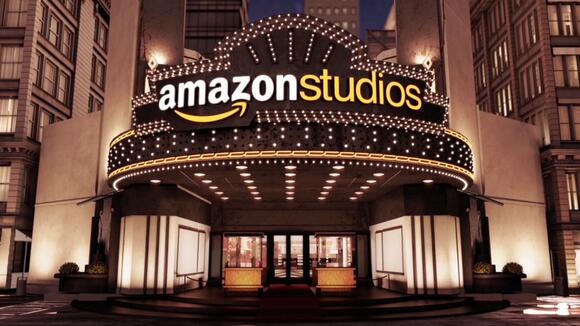 Amazon is expected to invest heavily in theatrical film releases starting next year. Here's how AMC stands to be a big beneficiary.

According to the Bloomberg report, Amazon will produce a small number of movies in 2023 as it builds experience within the film production and release niche. This marks the first time that a major streaming player has opted to make a big push toward in-theater releases.

Amazon's move into theatrical film releases, however, should not be seen as coming totally out of left field. Early this year, the company released two episodes of its Rings of Power series in theaters. And in 2017, the Amazon-produced rom-com “The Big Sick” was also released in theaters - to much audience and critical acclaim.

Amazon has also been investing in original content through its streaming unit, Prime Video. In 2021 alone, Amazon spent about $13 billion on video and music streaming services. In 2020, its investment was $11 billion.

Amazon’s management, then, has made its intentions of delving deeper into the media industry clear. The company envisions an ecosystem that integrates Prime subscriptions with e-commerce and the company's other products.

With movie theaters regaining popularity as the Covid pandemic fades away, and with competitiveness within the streaming industry only accelerating, Amazon’s foray into theatrical releases offers it another potentially lucrative avenue to grow its media segment.

There are several challenges that the movie theater industry needs to overcome in the short term to return to pre-pandemic levels. But, as pointed out by AMC’s CEO Adam Aron, AMC’s business will be affected, first and foremost, by the number of popular movies released theatrically.

"At this point, there is only one topic that should be on the top of all minds and the tip of all tongues. It's not the coronavirus, it's not streaming, it's not windows. It is this: movie theater operators need more movies."

The Covid pandemic had a profound impact not only on the operation of movie theaters but also on film production, which experienced significant delays throughout 2020 and 2021. Major studios, for example, have dropped their production rates by 20% to 30% compared to pre-pandemic levels.

Although optimism is returning to the movie theater industry, progress is being made slowly. For the year 2023, a stronger box office is anticipated, with movie production rates finally returning to “normal” levels.

With the news that Amazon will be jumping into the production fray, many analysts are even more confident in their positive box office predictions for next year.

And according to AMC CEO Adam Aron, when demand normalizes, AMC will be very prepared. The company has been actively investing in infrastructure. It has worked on renovating its existing screens and increasing the number of IMAX, Dolby Cinema, Prime, and iSense screens in AMC theaters.

While Amazon's likely investment in theatrical releases is long-term bullish for the movie industry as a whole, AMC shareholders and traders may benefit from this news in the short term. That's because of the volatile nature of AMC stock.

The movie theater operator has been the target of massive short interest. Recent data indicated that about half a billion worth of AMC shares were being shorted - this comprises about 20% of AMC’s float.

AMC borrow rates reached over 100% in early November. This coincided with a 50% rally in AMC shares - the product of both positive earnings results and broad market euphoria amid weakening inflation.

The latest data shows that AMC borrows fees are still extremely high, at 38% annualized. That’s well over 10x the normal borrow rate for shorting stocks (generally between 0.3% and 3%, annualized).

Therefore, since the beginning of November, shorting AMC has become almost prohibitively expensive. The setup for a short squeeze is just about perfect. All that’s missing is a sharp upward movement driven by buying volume - which even a mild catalyst, such as the recent Amazon news, may trigger.

AMC Stock: Should The Reverse Stock Split Be Approved?

AMC Stock Is Getting Harder To Borrow. Could Short Sellers Be In Trouble?

AMC stock closed out the year with yet another gut wrenching drop. Significant bearish pressure has caused borrowing fees to skyrocket. Could this become a problem for short sellers?
23 DAYS AGO
Let's Eat LA

Woman Reveals She Made $32 an Hour Working at Dairy Queen While She Only Made $19.50 at Wells Fargo, Sparking Debate

It’s the kind of thing that makes you want to grab a bunch of your friends and go out for ice cream—and then head down to the bank and demand a raise. A woman who goes by the name Yaya (@mariahvessel) has gone viral on TikTok for sharing the surprising difference in hourly wage she earned at two different jobs: Dairy Queen and Wells Fargo.
1 DAY AGO
MemeStockMaven

Since last year, activist investor and GameStop Chair Ryan Cohen has been building a sizable position in Alibaba shares. Here's what you need to know.
7 DAYS AGO
MemeStockMaven

Despite being on the verge of bankruptcy, Bed Bath & Beyond's stock has soared in the last week and has taken GameStop and AMC with it. Here's what you should know.
9 DAYS AGO
MemeStockMaven

The latest security lending market data show that Lucid Group and GameStop furnished the largest gains to lenders in 2022. Here's what that means.
17 DAYS AGO
MemeStockMaven

GameStop stock suffered throughout 2022. However, here are 10 reasons why 2023 may turn out differently.
16 DAYS AGO
MemeStockMaven

Why GameStop (GME) Shareholders Got To Love Ryan Cohen

GameStop Chairman Ryan Cohen ticks many of the boxes that are most important to the video game retailer’s devoted shareholder base.
3 DAYS AGO
MemeStockMaven

Famed investor Carl Icahn has revealed himself to be a true GameStop (GME) bear. However, history has shown that things can get ugly fast for GameStop short sellers.
9 DAYS AGO
MemeStockMaven

Ken Griffin's Citadel fund made record profits during the past year. However, two years ago, the fund was involved in a controversy during GameStop's short squeeze.
1 DAY AGO
MemeStockMaven

Meme ETF has been performing well in 2023. Credit should be given to one particular stock that has already gained 56% YTD, outperforming names like GME and AMC.
7 DAYS AGO
YourErie

AmazonSmile’s end is alarming, say nonprofits that benefited from donations

Amazon's surprise decision to shut down its AmazonSmile donation program has left thousands of its nonprofit beneficiaries disappointed and concerned about finding ways to replace the funding.
CHICAGO, IL・22 MINUTES AGO
MemeStockMaven

Alibaba stock has doubled in value in less than three months. The charts suggest that both bulls and bears have a chance to profit from BABA at current levels
7 DAYS AGO
MemeStockMaven

The ETF that tracks meme stocks has started 2023 on a high note, showing gains of about 15%. Here's what you need to know.
6 DAYS AGO
MemeStockMaven

What Job Cuts Could Mean For GameStop Stock

GameStop’s management has shifted gears towards focusing on short-term profitability and cost optimization.
3 DAYS AGO