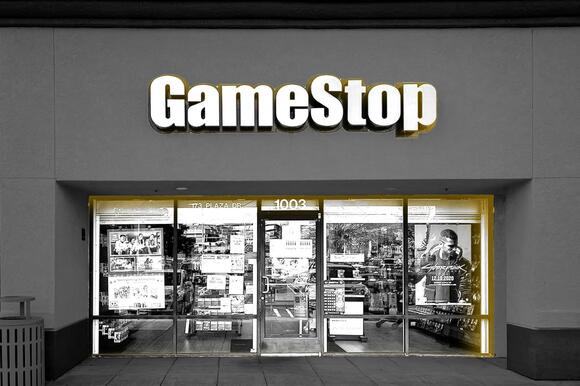 Short-term movement in GameStop shares will be driven by buying pressure rather than short-selling activity, according to Ihor Dusaniwsky from S3 Partners Research.

Why There Are Limited GME Shares To Borrow

According to S3 Partners Research analyst Ihor Dusaniwsky, short sellers will have much less sway over GME’s price in the short term, thanks to the relatively small amount of GME shares available for shorting.

Dusaniwsky claims that short sellers do not have sufficient access to GameStop shares to apply notable downward pressure on the stock without significantly increasing their own borrowing costs.

"The vast majority of GME short selling has already been done, existing short sellers will be able to add some more exposure to their positions and new short sellers may enter the trade - but there is not enough stock borrow available to execute large short trades in the stock," said Dusaniwsky in a recent report.

Nearly 20% of GME’s float is currently held short. GameStop stock borrow fees, meanwhile, averaged out to about 8% (annualized) during the month of November.

Although 8% is not nearly as high as some of the GME borrow fees seen during 2021, it’s still well above the average borrow rate for shorting stocks (usually 0.3% - 3% annualized).

The heavy shorting of GME is due to widespread skepticism of the company from “smart money” institutional investors and hedge funds. These investors believe GameStop’s stock is trading at values completely detached from the company’s fundamentals.

To open up short positions against GME, however, these institutional investors must first borrow shares from other sources. As short activity increases, borrow fees - driven by supply and demand - also increase.

Due to high borrow fees, GameStop came to be the most profitable stock for securities lenders during the third quarter. Indeed, stock borrowers made a whopping $100 million by lending their GME shares to short sellers.

Based on data reported by DataLend, high borrow rates (rather than just high volume) played an important role in the profitability of GameStop lenders in the third quarter.

The most likely cause of GME shares’ low borrow availability is that retail shareholders have been directly registering their shares with a transfer agent.

Through a Direct Registration System (DRS) service, shareholders can hold stock without using a broker. One of the main benefits of this service is that shares registered via DRS cannot be lent to short sellers - unlike shares held with brokers.

Even though DRS is in many ways less practical than using a broker, many GameStop investors see a benefit to keeping their shares away from possible conflicts of interest between market makers and payment-per-order-flow brokers. DRS also provides protection in the event a broker-dealer goes bankrupt.

Currently, it is estimated that almost 70% of GameStop's shares are held by retail investors. In theory, if enough retail investors transfer their shares to a transfer agent, share availability will decrease. That would make it even more difficult for short sellers to cover their positions in the event of an upward spike in GME’s share price.

Notably, this year, GameStop started reporting the number of shares transferred directly with the transfer agent every quarter. By the end of July, there were about 71.3 million shares registered through DRS. With another four months having gone by since then, it’s likely that these numbers are now even higher.

Approximately 30% of GameStop’s 253.4-million-share float has been registered with a transfer agent. And since almost 70% of GME’s float is held by retail investors, we can extrapolate that about four out of every 10 retail investors have registered their shares through the DRS.

After a bullish January, these stocks have entered the crosshairs of short-squeeze hunters.
4 DAYS AGO
MemeStockMaven

Since GameStop's historic short squeeze two years ago, the markets have undergone plenty of scrutiny. Here's what you need to know about the short squeeze's effects on stocks.
6 DAYS AGO
MemeStockMaven

To keep their shares away from brokerage houses, GameStop shareholders have been engaging in an impressive and unusual collective strategy.
7 DAYS AGO
MemeStockMaven

I re-emphasize that buying the momentum is probably the best way to trade ARKK ETF. And the rally may have already started this early in 2023.
5 DAYS AGO
MemeStockMaven

AMC stock has been up more than 60% so far in 2023. Here is what investors should know about what could be a year of strong recovery for shares of the movie theater operator.
1 DAY AGO