Was FTX’s Sam Bankman-Fried Behind the World's Greatest Ponzi Scheme? 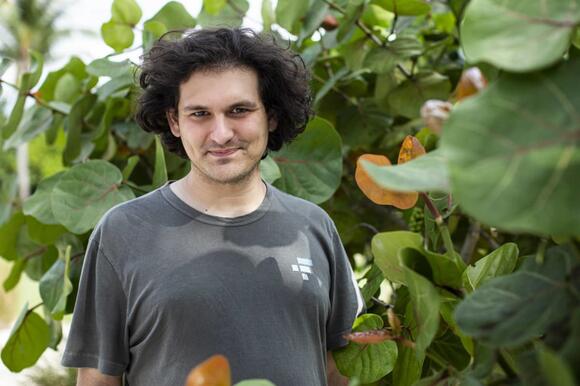 The FTX collapse has had a catastrophic effect on crypto in general. Could this have been the biggest Ponzi scheme in history?

In time, FTX became one of the world's top three crypto exchanges. However, the misuse of its customers' funds led to a serious crisis that has been compared to the notorious Enron scandal.

Here's what you need to know.

Why Is Sam Bankman-Fried in the News?

Bankman-Fried recently made headlines in the mainstream media recently after about $10 billion of his customers' money “disappeared.”

The Bahamas-based FTX, which had been the largest cryptocurrency exchange by volume and had more than 1 million users, filed for bankruptcy.

FTX was funded in large part by the assistance of celebrities such as Tom Brady and Stephen Curry. But now it has been accused of selling unregistered securities.

This deal, according to some legal experts, constituted a Ponzi scheme — an investment fraud that pays existing investors with funds collected from new investors.

However, the story behind the collapse is much deeper than a simple, potentially fraudulent scheme. The money Sam Bankman-Fried (SBF) raised was spread among several third parties along the way.

What Is SBF's Relationship With the Media?

The media previously glamorized SBF as a successfu, youngl entrepreneur.

Sam Bankman-Fried has been on the cover of Forbes magazine, and Fortune praised the FTX founder and even compared him to Warren Buffett.

The New York Times hosted him as a speaker at an event alongside Ukrainian President Volodymyr Zelensky and Meta (META) founder Mark Zuckerberg. And The Washington Post even wrote that the FTX collapse is undermining SBF's efforts to prevent a new pandemic.

What Else Did FTX Do With the Cash?

Additionally, about $190 million was given to researchers and NGOs by the FTX Foundation. The Bankman-Fried family owns several foundations. Sam's mother, Barbara Fried, has a group that, before FTX existed, gave about $20 million to Democrat politicians.

FTX funded investigative research regarding COVID-19 treatments, just as SBF spent about $300 million on 19 properties in the Bahamas. SBF's parents, Stanford law professors, bought a $10 million house but have said they will return it.

Finally, through its affiliated trading arm Alameda Research, FTX made a loan to Sam Bankman-Fried himself for approximately $1 billion. In total, Bankman-Fried and three other FTX executives received $4.1 billion in loans.

What Will Happen Next to SBF?

There is an ongoing investigation regarding the Sam Bankman-Fried case. The investigation is being led by Maxine Waters, a Democrat who serves as U.S. Representative for California and is also chair of the House Financial Services Committee.

Waters told CNBC that everything possible will be done to uncover what happened.

"We will be a part of what is going on with these hearings and investigations, and we will do everything that we can to expose any violations that were made," Waters said.

Waters, however, has not commented on the donations that Bankman-Fried made to her fellow committee members.

Because Bankman-Fried donated to Democrats this year, he has close ties to politicians. Sam Bankman-Fried and his father even posed for a photo with Maxine Waters at the Democrat retreat in Philadelphia in March.

From Jeff Bezos to Jack Dorsey, here are 14 the world's wealthiest entrepreneurs trying to crack the code of living forever

Insider rounded up 14 of the world's wealthiest entrepreneurs searching for a solution to the predicament of mortality.
30 MINUTES AGO
MemeStockMaven

AMTD Digital's latest surge is a bit of a mystery. The Hong Kong-based fintech company has seen spurts of abnormal trading since its IPO last year.
20 DAYS AGO
Benzinga

The Russia-Ukraine War, which began almost a year ago in February 2022, continues unabated. In the fall of last year, a noted American investor shared his views on the economic repercussions of the conflict, and the likely outcome for Russian President Vladimir Putin. Billionaire hedge fund manager Paul Tudor Jones...
22 HOURS AGO
MemeStockMaven

WWE stock has had a great run in 2023, but is it time to fade the rally? Here is what the graphs suggest could happen next.
16 DAYS AGO
MemeStockMaven

Helbiz stock has shot through the roof in what seems to be another meme-related rally. What are the main drivers of bullishness, and could the rally continue?
4 DAYS AGO
MemeStockMaven

The ETF that tracks meme stocks has started 2023 on a high note, showing gains of about 15%. Here's what you need to know.
9 DAYS AGO
MemeStockMaven

Brazilian Retailer Americanas: Victim of an Honest Mistake or Perpetrator of Fraud?

Brazil-based Americanas S.A. went into receivership days after the discovery of a gigantic hole in the company's finances. Here's what you should know.
2 DAYS AGO
MemeStockMaven

Since last year, activist investor and GameStop Chair Ryan Cohen has been building a sizable position in Alibaba shares. Here's what you need to know.
10 DAYS AGO