Has writing become a lost art, or is there still time to save it? 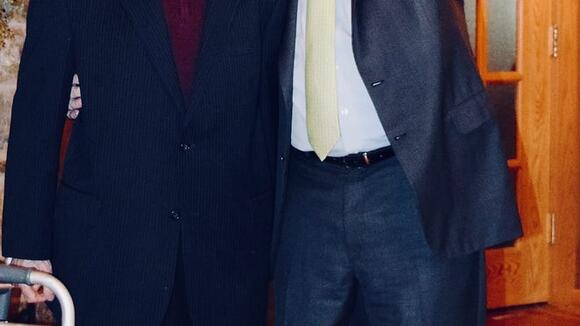 The news has been almost uniformly bad for various social media outlets lately.

But a part of me can't help but think they deserve it, and not just because of the proliferation of falsehoods they've produced or the ease with which hackers can take over accounts for whatever nefarious purpose they choose.

While these platforms were developed to make instantaneous communication easy, they've incrementally conditioned those who use them to hop on and start posting pretty much anything — regardless of whether they've thought it through, or whether they have the skills to communicate in the first place.

The editor in me can't help cringing when I see posts that promise to "c u tmr at r party i bring snack 4 my son friend."

Anybody else find this stuff to be incomprehensible?

Don't missWish you could keep on saving a little daylight? We tried that one before.

Almost from the start, some of us wondered whether the advent of short, illegible messages devoid of grammar, punctuation or sometimes vowels would destroy rather than improve our ability to communicate.

About 10 years ago, an education website called onlineschools.com debated whether "texting" (and I still have a hard time using "text" as a verb; the best editor I ever worked with had a distinct distaste for the practice he called "verbing") was ruining the English language, citing studies that could go both ways.

But it cited one in particular that showed "as text-speak use increased" among middle-school students "scores on grammar assessment tests decreased."

Even if well-educated people are not using tweet-induced alphabet soup, they can have trouble saying what they mean. The same article cited this job description advertised by a health care company:

“The Area Vice President, Enterprise Customers will develop and manage a sustainable strategic relationship that transforms the current commercial model by creating joint value that results in the ongoing reduction of costs, continuous process improvement, growth and profitability for both partners with the ability to export key learnings.”

I've spent my entire adult life working in communication, and I don't have a clue what that means.

We get some doozies from public relations people who should know better. I got a news release once that said: "The outreach is designed to provide convenient and frequent access to make engagement meaningful and consistent."

I assumed that meant "we're trying to be more responsive," but I can't be sure.

And then we get the other extreme. We once got a news release about a road closure, I kid you not, "due to flooding that includes high water."

Glad we got that cleared up.

I fear that as we've given more and more attention to other things, whether it's the technologies that will guide our civilization to the future or something as mundane as celebrity gossip, we're losing the fine art of writing. And that could be our undoing.

If you can't craft a message in the first place, it won't matter much whether you try to tweet it or actually pick up a pen and try to write it in a pretty greeting card. Nobody's going to know what you're talking about.

So what do we do about that?

If you have children, emphasize to them that those spelling tests and English classes aren't there to be a pain. They exist to teach you how to get your ideas across to other people, and to help you understand the ideas other people are trying to explain to you.

As for the rest of us, it's time to retrain ourselves to think before we speak or write, to make sure we're saying what we mean and above all, to just use plain English.

Because nobody wants to work that hard to figure out what you're trying to say.

So the question becomes, is it better to be fat and pretty or thin and ugly?. This quintessentially American-style dilemma is upon us, thanks to a drug called Ozempic, which is used in the treatment of something. But no one remembers what it was intended to be used for, because somewhere along the line it became apparent that one of the potential side effects of Ozempic, and drugs like it, was weight loss.
2 DAYS AGO