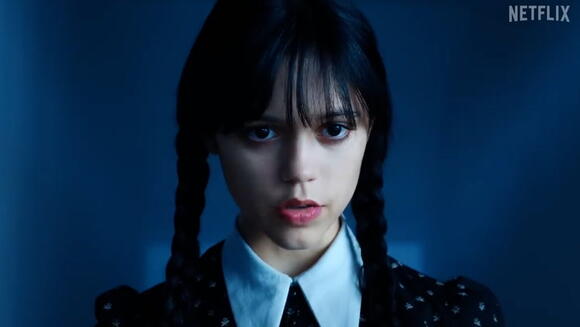 The showrunner behind Wednesday has revealed his plans for a potential second season.

Starring Jenna Ortega as the title character, the new hit Netflix series follows the deadpan daughter of the Addams family during her student years at Nevermore Academy.

Since its launch on Netflix earlier this month (23 November), the comedy-horror series has been highly praised by fans, with many already feverish to see what more can come from the story.

Although Wednesday has yet to be renewed for season two, showrunner Miles Millar has revealed that he’s already given it some thought. For him, a focus on the family, including Catherine Zeta-Jones and Luiz Guzmán as Morticia and Gomez Addams, would be essential.

“We felt like we just touched the surface with those characters and the actors are so amazing in those roles,” Millar explained in a conversation with TVLine .

“Catherine is, I think, an iconic Morticia. The relationship between Wednesday and Morticia is also essential to the show, and the idea that Wednesday is trying to forge her own path outside the family is important.”

He continued by confirming his enthusiasm to continue the story with a second season, explaining that he’d “definitely want to feature the family as we did this season in a couple of episodes if we were to get a second season”. 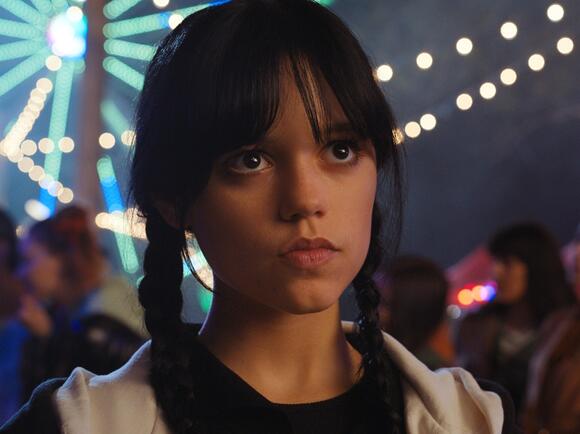 So far, the series has already included a featured appearance from Christina Ricci, who played Wednesday in the 1990s film adaptations, as one of the teen’s teachers.

For The Independent , Nick Hilton concluded that the series was worth a two-star review , writing that the show had “very little bite”.

However, the show is proving popular among viewers; it has become the highest-scored Addams Family adaptation since the original 1960s TV series (which the website claims has a score of 100 per cent positive reviews).

Stephen ‘tWitch’ Boss was under extreme pressure as a result of Ellen DeGeneres’ “toxic workplace” scandal in the weeks and months leading up to his suicide, RadarOnline.com has learned.Boss’ close friend, RuPaul’s Drag Race judge Todrick Hall, made the shocking claim on Wednesday – more than one month after Boss took his own life in a Los Angeles motel room at 40 years old.According to Hall, the late Ellen DeGeneres Show DJ faced pressure after Ellen’s workplace scandal particularly because he chose to stand by the 65-year-old comedian and talk show host despite the bombshell allegations against her.“People were looking...
LOS ANGELES, CA・1 DAY AGO
Herbie J Pilato

Robert Urich ("Vegas") and Heather Menzies ("The Sound of Music": Their Tragic Lives

The late actor Robert Urich remains one of the most beloved personalities of all time. But his life and death were tragic, as was the life and death of his wife. As documented on FactsVerse.com, "Robert Urich was known throughout the world as a tough guy. Having starred in such television programs as VEGA$ and Spenser: For Hire. However, many audience members didn’t realize that. While Robert Urich was famous for doing battle with tough foes on the screen. He would end up having to fight an even tougher battle later on in his life. As well, unlike the scripted episodes of the television programs that made him famous. This was a battle that he wasn’t going to win. Join Facts Verse as we attempt to uncover the tragic death of Robert Urich and his wife.
1 DAY AGO
BGR.com

HBO officially renews The Last of Us for season 2

On Friday, HBO announced its renewal of The Last of Us for a second season. The network didn’t share any details about The Last of Us season 2, such as a release window, but fans of the show can rest easy knowing that the story will continue beyond the first season.
31 MINUTES AGO
HollywoodLife

’90 Day Fiance: The Other Way’ Exclusive Preview: Jen Reveals Rishi Proposed ‘Out Of The Blue’ After 1 Month

The hit series 90 Day Fiance: The Other Way season 4 premieres January 29. Jen and Rishi are one of the new couples you’ll be following over the course of the season. In this EXCLUSIVE preview, Jen reveals how her love story with Rishi began. “I am a bit...
34 MINUTES AGO
The Independent

John Legend has shared his first photo celebrating the arrival of his and Chrissy Teigen’s newborn daughter, Esti Maxine.The singer first announced the birth of his fourth child with Teigen at a private concert on 13 January, before the model shared the news with the rest of the world.In his own Instagram post on Thursday (26 January), Legend shared a photograph of him cradling Esti in his arms as he beams at the camera.He wrote in the caption: “Our new love.”Commenting on her husband’s latest post, Teigen gushed: “Eeee I love her.”The arrival of the couple’s new daughter comes...
1 DAY AGO
BuzzFeed

It's a good thing he was wearing underwear.
INGLEWOOD, CA・47 MINUTES AGO