Bird flu leads to killing of about 1.8 million chickens in Nebraska 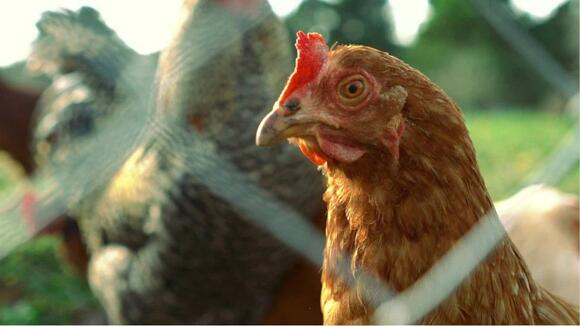 OMAHA, Neb. — Another 1.8 million chickens to be killed after bird flu was found on a farm in Nebraska.

According to a news release from the Nebraska Department of Agriculture, NDA along with the United States Department of Agriculture’s (USDA) Animal and Plant Health Inspection Service (APHIS) have confirmed another case of bird flu, also known as highly pathogenic avian influenza (HPAI). The total number of cases in Nebraska this year has been brought up to 13. The most recent case was found at a farm in Dixon County, Nebraska.

According to The Associated Press, all of the chickens at the farm in Nebraska will be killed as an effort to limit the spread of the disease, which is similar to what other farms had to do when bird flu was found earlier this year. USDA officials said over 52.3 million birds in over 46 states have been killed due to the outbreak this year, mainly affecting chickens and turkeys on commercial farms,

According to NDA, HPAI is a highly contagious virus that is spread easily among birds through nasal and eye secretions. Manure is one way that it can spread. Symptoms include a decrease in water consumption, lack of energy, lack of appetite, less egg production or eggs are soft-shelled, nasal discharge, coughing, sneezing, incoordination and diarrhea. NDA said birds can also die suddenly even without symptoms.

NDA said that early detective is important to prevent the further spread of HPAI. The Centers for Disease Control and Prevention said the risk to people getting HPAI is low.

According to the AP, Iowa has had to kill about 15.5 million birds this year with about 6.8 million birds affected at 13 farms, making it the number one state. Nebraska shortly followed in second.

According to the AP, the bird flu outbreak this year has contributed to the higher prices of chicken and turkey as well as the rising costs of fuel and feed.

Man executed in Missouri after killing live-in girlfriend, her three young children in 2004

A man in Missouri who was convicted of killing his live-in girlfriend and her three children in 2004 has been executed.
JENNINGS, MO・19 HOURS AGO
WSOC Charlotte

A South Florida Lyft driver who went missing more than a week ago has died, his daughter confirmed Tuesday.
FLORIDA STATE・5 HOURS AGO
WSOC Charlotte

Sandwiches, wraps and other products are being recalled over Listeria concerns.
VIRGINIA STATE・2 DAYS AGO
WSOC Charlotte

These are the safest towns and cities in America, study says

The town of Apex has been named the safest in North Carolina, according to a new list from Moneygeek.
APEX, NC・1 DAY AGO
WSOC Charlotte

A woman was found breathing at a New York funeral home hours after she was reportedly declared dead at a nursing home.
IOWA STATE・1 DAY AGO
WSOC Charlotte

Public school teachers in North Carolina would be required to alert parents before they call a student by a different name or pronoun, under a bill passed by the Republican-controlled state Senate on Tuesday.
NORTH CAROLINA STATE・1 DAY AGO
WSOC Charlotte

One of the beagles rescued from an alleged puppy mill will get her time to shine on the K-9 gridiron.
VIRGINIA STATE・2 DAYS AGO
WSOC Charlotte

3 US tourists, including 1 from SC, stabbed in popular Puerto Rican neighborhood

Three U.S. tourists were stabbed in Puerto Rico early Monday after police said someone told them to stop filming in a renowned seaside community known as La Perla that is popular with visitors.
SOUTH CAROLINA STATE・2 DAYS AGO
WSOC Charlotte

An Alabama man is accused of shooting at several people and wounding a woman as the group rode horses on the Florida side of the state border, authorities said.
ALABAMA STATE・3 DAYS AGO
WSOC Charlotte

At an age where kids are still trying to learn their multiplication tables, a 9-year-old from Pennsylvania is in college.
PENNSYLVANIA STATE・1 DAY AGO
WSOC Charlotte

Longtime Mecklenburg County Judge Shirley Fulton has died at the age of 71, our partners at the Charlotte Observer report.
MECKLENBURG COUNTY, NC・2 HOURS AGO
WSOC Charlotte