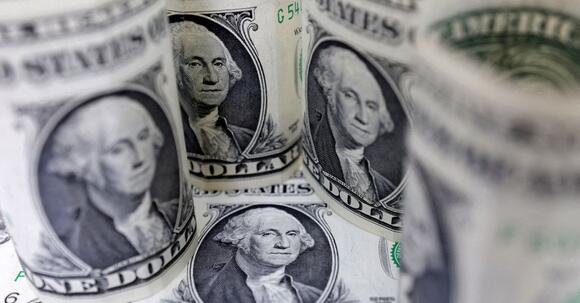 SINGAPORE, Nov 28 (Reuters) - The dollar gained broadly on Monday as protests against COVID restrictions in China stoked uncertainty and dented sentiment, sending the yuan sliding and pushing nervous investors toward the safe-haven greenback.

The COVID protests have flared across China and spread to several cities in the wake of a deadly fire in Urumqi in the country's far west, with hundreds of demonstrators and police clashing in Shanghai on Sunday night.

"That's a new layer of concern in China that needs to be watched closely," said Rodrigo Catril, a currency strategist at National Australia Bank (NAB), of the protests.

"Certainly at the start of the week, it will set the tone. And I suppose what will be the focus as well, will not only be the imposition of restrictions that China may introduce, if any, but the level of contagion as well."

In an attempt to bolster China's slowing economy - which has struggled under its stringent COVID restrictions - the nation's central bank said on Friday that it would cut the reserve requirement ratio (RRR) for banks by 25 basis points (bps), effective from Dec. 5.

"If the RRR cut is the only monetary policy tool that the PBOC is going to implement, it may not lead to a significant increase in bank lending," said Iris Pang, chief economist for Greater China at ING.

The latest developments in China have put a pause on the U.S. dollar's decline, which had been softening over the past few weeks on hopes that the Federal Reserve would soon slow its pace of rate hikes - a view that was supported by the Fed's November meeting minutes released last week.

Overall, however, it remains on track for a monthly decline of nearly 5%, the largest in 12 years as investors latched on to the signs of a turn in the Fed's hawkish policy stance.

Fed Chair Jerome Powell is due to speak on the outlook for the U.S. economy and the labour market at a Brookings Institution event on Wednesday, which will likely provide more clues on the U.S. monetary policy outlook.

"(He) is pretty likely to push back a little bit on that ease of financial conditions that we've seen in recent times. Ultimately, from a Fed perspective, the main concern is the fight against inflation, and that battle hasn't yet been won," said NAB's Catril.

SYDNEY, Feb 6 (Reuters) - Asian shares eased on Monday after a run of upbeat economic data from the United States lessened the risk of recession, but also suggested interest rates would have to rise further and stay up for longer.
1 HOUR AGO
Reuters

SINGAPORE, Feb 6 (Reuters) - The dollar extended its rally on Monday after a strong U.S. jobs report suggested the Federal Reserve could stay hawkish for longer, while the yen was hit by news the Bank of Japan's Deputy Governor Masayoshi Amamiya was being sounded out to be the next governor.
25 MINUTES AGO
Reuters

Feb 5 (Reuters) - China's finance minister and its central bank governor will attend a roundtable with other creditors and some borrowing countries in February in India, IMF Managing Director Kristalina Georgieva said in a CBS' 60 Minutes interview on Sunday.
WASHINGTON STATE・1 HOUR AGO
Reuters

NEW YORK, Feb 3 (Reuters) - Much stronger-than-expected U.S. job growth stopped early-year rallies in stocks and bonds dead in their tracks on Friday, forcing Wall Street to recalibrate expectations for how much more hawkish the Federal Reserve will need to be in its fight against inflation.
2 DAYS AGO
Reuters

Feb 6 (Reuters) - A look at the day ahead in Asian markets from Jamie McGeever. Traders in Asia can expect a choppy start to the week as they absorb Friday's sell-off on Wall Street following a freakishly strong U.S. jobs report and heightened geopolitical tensions after a U.S. fighter jet shot down a suspected Chinese spy balloon on Saturday.
4 HOURS AGO
Reuters

BEIJING/HONG KONG, Feb 5 (Reuters) - China may respond to the U.S. shooting down its suspected spy balloon after warning of "serious repercussions", but analysts say any move will likely be finely calibrated to keep from worsening ties that both sides have been seeking to repair.
CALIFORNIA STATE・3 HOURS AGO
Reuters

NEW YORK, Feb 3 (Reuters) - U.S. stock bulls are taking heart from a range of market signals pointing to an upbeat year for Wall Street, as equities sit on impressive gains despite worries that the Federal Reserve’s monetary policy tightening may plunge the economy into a recession.
2 DAYS AGO
Reuters

Feb 3 (Reuters) - A U.S. jury on Friday found Tesla Inc (TSLA.O) and CEO Elon Musk not liable in a securities fraud case over a tweet that he had lined up funding to take the electric car company private.
2 DAYS AGO
Reuters

NATO backs US accusations against Moscow on arms treaty

BRUSSELS, Feb 3 (Reuters) - NATO allies on Friday threw their weight behind U.S. complaints that Russia is violating the New START nuclear arms control treaty and called on Moscow to come back into compliance.
WASHINGTON STATE・2 DAYS AGO