Man allegedly threatens woman with a razor on JetBlue flight 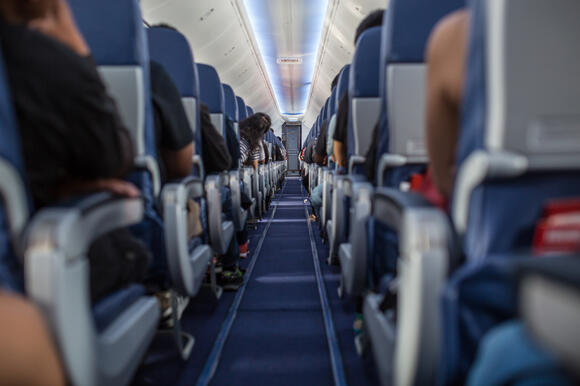 SALT LAKE CITY, Utah ( KTVX ) – A Utah man was arrested after allegedly threatening a woman with a straight-edge razor during a JetBlue flight from New York to Salt Lake City on Monday.

Merrill Darrell Fackrell, 41, has been charged in a District of Utah federal court with one count of carrying a weapon on an aircraft and one count of assault with a dangerous weapon in the special aircraft jurisdiction of the United States.

According to the charging documents, Fackrell was seated in the window seat and talking to the woman seated next to him while her husband was working and watching a movie in the aisle seat. After a reportedly “long and varied” conversation, the woman followed her husband to the restroom area at the back of the plane.

When the woman and husband returned to their seats, she reportedly put on headphones and began to watch a movie. She said could hear Fackrell continue to talk to himself but she wasn’t paying attention to him.

That was when Fackrell placed his hand in front of the woman’s screen and told her to pause the movie, according to charging documents.

“[The woman] took off her headphones and realized that Fackrell had his hand clutched with what appeared to her as a knife, inches from her skin at her throat/neck area near the collar of her shirt,” the charging documents state. “Fackrell then stood up and started yelling ‘She’s going to be OK,” and ‘no one needs to worry.'”

Fackrell allegedly told the woman’s husband to “get the f— out of there,” prompting him to go to the front of the plane for assistance. The woman reportedly lunged for the aisle to escape, breaking free from Fackrell who allegedly then grabbed her shoulder to try and stop her.

A nearby passenger intervened after the woman went to the front of the plane, convincing Fackrell to put the razor down and passed it off for safekeeping, according to charging documents. The nearby passenger then sat next to Fackrell for the remainder of the flight.