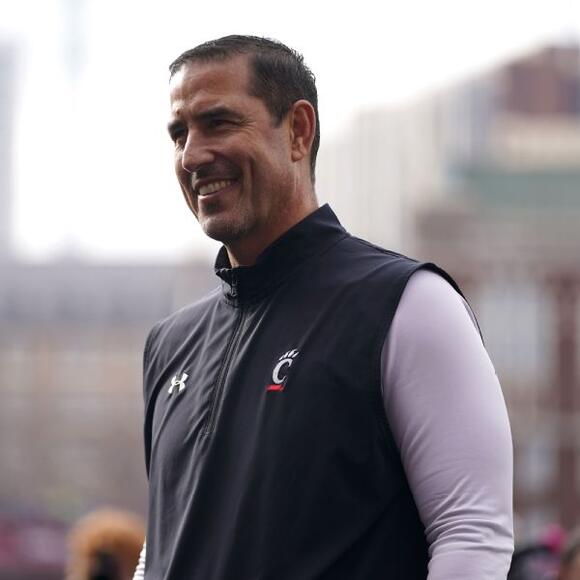 While there a few steps remaining -- including a regents meeting Sunday afternoon that's been formally announced -- a deal is expected to be formalized to make Fickell the next Badgers coach within the next 24 hours.

Sources told ESPN that all the candidates for the Wisconsin position, including interim coach Jim Leonhard, have been informed that they're not getting the job. That sets the stage for one of the most eye-opening moves of the college football carousel, Wisconsin luring the country's top Group of 5 coach who brings vast experience in the Big Ten's Midwestern footprint.

Fickell has strong roots in the Big Ten, as he was a longtime assistant coach and coordinator at Ohio State and played there collegiately. He'd been picky about jobs over the years as Cincinnati rose to the top of the Group of 5, being selective about the Midwestern footprint.

Fickell would replace Paul Chryst, who was fired in the middle of the season after going 67-26 in eight seasons there. He'd been replaced by Jim Leonhard, who had been the defensive coordinator and was considered a candidate for the head-coaching job.

Fickell's attraction to the Badgers' brass, along with his record and roots in the league, is his ability to build a program. Fickell turned Cincinnati into one of the country's best development programs, taking modest recruits and consistently churning out strong teams.

The Bearcats had nine players picked in the 2022 NFL draft, which was third behind only Georgia (15) and LSU (10).

Fickell spent one season as an interim coach in the Big Ten, going 6-7 in 2011 in the wake of the firing of Jim Tressel at Ohio State. He stayed patient from there, working as the Buckeyes' defensive coordinator under Urban Meyer and winning a national championship in the 2014 season.

Why in the world would you move to Madison when the USC job was offered & giftwrapped? Let’s see….LA or Madison….hmmmm

Tommy Rees is leaving Notre Dame for Alabama, so what does this mean for both programs?
TUSCALOOSA, AL・2 DAYS AGO
ESPN

Iowa amended offensive coordinator Brian Ferentz's contract to a base salary of $850,000. He'll be able to have his old contract reinstated by hitting incentives based on points and wins.
IOWA CITY, IA・25 MINUTES AGO
ESPN

South Carolina is still No. 1 and Iowa is finally back in the top five. But two big games this week -- Iowa-Indiana and LSU-South Carolina -- could reshuffle the top teams.
ILLINOIS STATE・8 HOURS AGO
ESPN

From the transfer portal to the incoming freshman talent, which players will have the biggest impact on their new teams?
TENNESSEE STATE・11 HOURS AGO
ESPN

Phoenix Suns president and CEO Jason Rowley, whom some employees placed at the center of allegations of verbal abuse, retaliation and intimidation in the workplace, has resigned, team sources told ESPN on Monday.
PHOENIX, AZ・1 HOUR AGO
ESPN

Minnesota-Illinois postponed due to COVID-19 in Gophers program

Minnesota's game at Illinois that was scheduled for Tuesday has been postponed because of COVID-19 health and safety protocols within the Gophers' program.
MINNEAPOLIS, MN・1 HOUR AGO
ESPN

Jim Boeheim told ESPN that he will "probably" return for the 2023-24 season, but feels like he has autonomy over the decision on his future, saying, "I know it's my choice."
SYRACUSE, NY・1 DAY AGO
ESPN

Packers quarterback Aaron Rodgers and Ben Silverman of Canada held on for a 1-shot victory Sunday in the pro-am portion of the AT&T Pebble Beach Pro-Am.
GREEN BAY, WI・1 DAY AGO
ESPN

Wide receiver A.J. Green announced his retirement Monday. The 34-year-old played 11 seasons in the NFL, spending the first nine in Cincinnati and his final two in Arizona.
CINCINNATI, OH・3 HOURS AGO
ESPN

Sources: Adrian Klemm to leave Oregon for job with Patriots

Despite a number of losses by top 16 teams, the Power Rankings remain relatively stable.
WEST LAFAYETTE, IN・10 HOURS AGO
ESPN

Iowa snapped a five-game losing streak against Illinois with a 81-79 victory on Saturday.
CHAMPAIGN, IL・1 DAY AGO
ESPN

Purdue remained atop the Associated Press men's college basketball poll despite suffering a loss, while Marquette pushed into the top 10 and NC State made its first poll appearance in four years.
WEST LAFAYETTE, IN・4 HOURS AGO
ESPN

Sources: Steele heads back to Alabama as defensive coordinator

The Southeastern Conference announces Players of the Week for Week 13 of the 2022-23 men's basketball season.
SOUTH CAROLINA STATE・6 HOURS AGO
ESPN

Indiana reaches No. 2 in women's AP Top 25 for first time

Indiana moves up to No. 2 for the highest ranking in program history, a spot behind South Carolina, the unanimous No. 1 that has sat atop the AP Top 25 for 33 straight weeks.
BLOOMINGTON, IN・4 HOURS AGO
ESPN

Ian Kinsler back with Rangers as special assistant to GM

Former Rangers second baseman Ian Kinsler has returned to the team as a special assistant to general manager Chris Young.
2 HOURS AGO
ESPN

Eagles' Sirianni: 'Chip' on shoulder after not being retained by Andy Reid

Eagles coach Nick Sirianni -- a former Kansas City assistant -- acknowledged that not being retained as a part of Andy Reid's staff with the Chiefs after the 2012 season has been a motivating force for him.
PHILADELPHIA, PA・56 MINUTES AGO