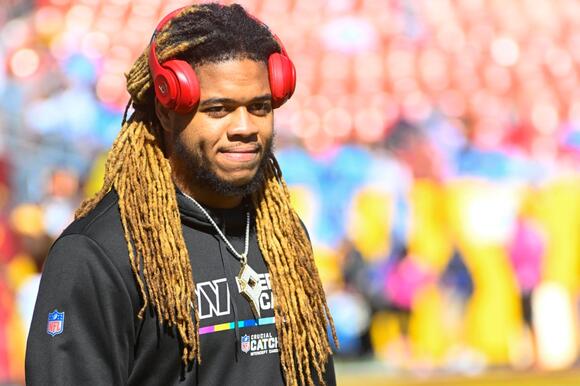 Just a few months ago, Washington wouldn’t rule out Young playing early in the 2022 NFL season. While reports surfaced in June that the former No. 2 pick might open the season on injured reserve , head coach Ron Rivera refused to put an exact timetable on Young’s absence.

Young ultimately landed on injured reserve, immediately ruling him out for the first four regular-season games. However, the star edge rusher and the organization targeted a midseason return .

Washington kept pushing Young’s return date further back, first eyeing Week 10 before ruling him out well in advance of each game. Now there is doubt about Young’s availability on Sunday.

According to Jeremy Fowler of ESPN , Washington could hold Young out another week as there is no certainty he plays against the Atlanta Falcons. Even when he returns, per Fowler, the Commanders will have Young on a low snap count.

Missing more than a full season following a torn ACL isn’t an immediate cause for concern. Estimates range from 7 months to a full calendar year and the Commanders’ investment in Young is certainly playing a role in their approach.

Based on how much time he’s already missed and the projected snap counts, fans will need to temper their expectations for Young’s return. The 6-foot-5 edge rusher likely won’t be as explosive coming off the snap and even slightly diminished athleticism will diminish his effectiveness as a pass rusher.

Fortunately for the Commanders, there are no long-term concerns with Young and he should be back to his normal abilities long before the 2023 NFL season. When he does return in December, Washington will likely be happy with whatever it gets from the 23-year-old pass rusher.

When the Cincinnati Bengals take on the Kansas City Chiefs in the AFC title game on Sunday night, they’ll be doing it without three of their starting offensive linemen as La’el Collins, Alex Cappa and Jonah Williams will all be sidelined from the game with injuries. The three...
CINCINNATI, OH・1 DAY AGO
Sportsnaut

The most talked-about thing in the NFL this week has been the right ankle of Kansas City Chiefs quarterback Patrick Mahomes. That's because, a week ago, Mahomes suffered a high ankle sprain when he was dragged to the ground awkwardly by Jacksonville Jaguars defensive end Arden Key.  The NFL ...
KANSAS CITY, MO・20 HOURS AGO
Sportsnaut

The Carolina Panthers became the first NFL team this cycle to hire a head coach, naming Frank Reich as the
CHARLOTTE, NC・2 DAYS AGO
The Big Lead

Tragic news has struck the world of professional wrestling with the word that one of wrestling's biggest stars has lost his life at the age of 38. Celebrity entertainment outlet TMZ, which is known for breaking the news of many deaths of famous people around the world, broke the news of the death of legendary wrestler Jay Briscoe, who has tragically died in a car crash at the age of 38.
1 DAY AGO
Sportsnaut

Sean Payton will not be the next head coach of the Denver Broncos. It had been trending in this direction
DENVER, CO・2 DAYS AGO
Sportsnaut

Keion Brooks Jr. scored a team-high 22 points and Washington survived a late scare for a 69-66 overtime victory over
SEATTLE, WA・2 DAYS AGO
Sportsnaut

No. 6 Arizona uses pair of second-half runs to down Washington

As we approach another NFL offseason, one of the biggest questions on everyone’s mind is where the top quarterbacks will
15 HOURS AGO
Sportsnaut

One top NFL Draft expert firmly believes the Houston Texans will do everything in their power to try and move
HOUSTON, TX・22 HOURS AGO
Sportsnaut

Blake Hinson scored 21 points, including the bucket that gave Pitt its first lead since midway through the first half,
ARIZONA STATE・18 HOURS AGO
Sportsnaut

Oklahoma guard Taylor Robertson broke the women’s record for career 3-pointers on Saturday when she made six against Iowa State
NORMAN, OK・17 HOURS AGO
Sportsnaut

Jalen Hood-Schifino broke out of a slump with 24 points and Indiana used a devastating run to end the first
BLOOMINGTON, IN・14 HOURS AGO
Sportsnaut

Olivier Nkamhoua poured in a career-high 27 points and Zakai Zeigler added 22 points and 10 assists as No. 4
KNOXVILLE, TN・16 HOURS AGO
Sportsnaut

Rutgers returned to its roots Tuesday, shutting down Penn State’s perimeter shooting in a lopsided win that kept the Scarlet
IOWA CITY, IA・1 DAY AGO
Sportsnaut