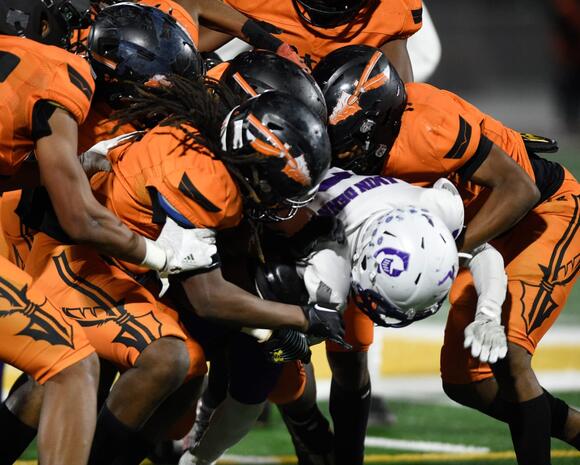 The Warriors, with four state titles since 2016, advance to the CIF California Bowl Championships next week starting with a regional game against an opponent to be named Sunday.

McClymonds won the state's 3-A bowl title against Birmingham-Lake Balboa.

Castlemont became the first Oakland Athletic League team this season to score two touchdowns against McClymonds, and the point differential of 33 was McClymonds’ narrowest OAL victory this season.

Castlemont advanced to its first Silver Bowl since 2016 by defeating Tech 20-8 in the semifinal.

McClymonds beat Fremont 60-0 in its semifinal. Fremont is the last team other than McClymonds to win a Silver Bowl (18-6 against Tech in 2009).

Since then, McClymonds has won 90 consecutive games against Oakland Athletic League opponents.

Isaac Espinosa opened the scoring for Mack with a 35-yard field goal, and Thomas scored on a 12-yard run for a 10-0 lead.

Castlemont responded with a 7-yard touchdown run from Anthony Ellis, and suddenly McClymonds’ run of OAL supremacy seemed in jeopardy.